NFL insider feels like ‘there’s some doubts about’ Mac Jones 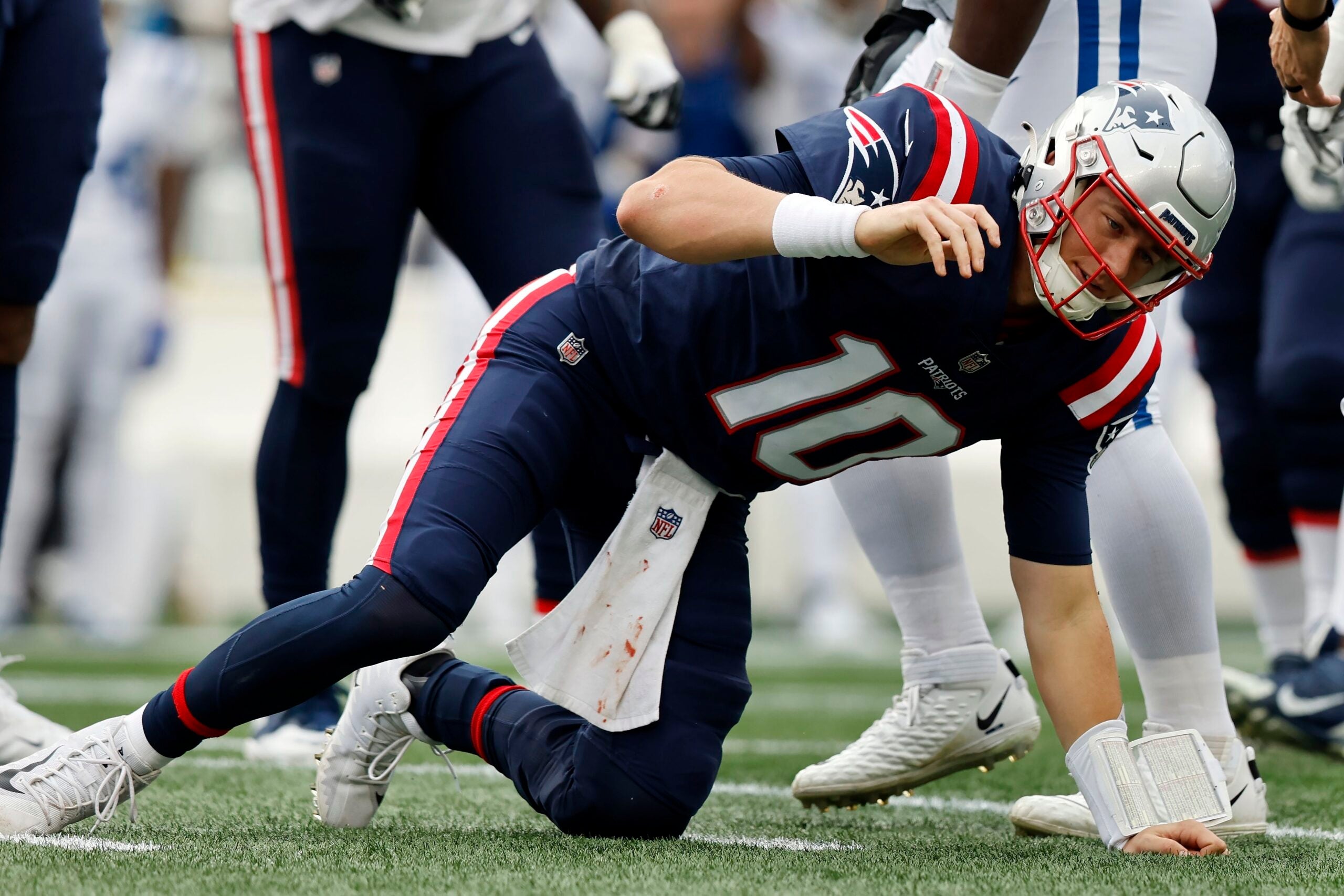 Mac Jones’s second NFL season hasn’t seen nearly the same amount of success he had as a rookie.

In six games, Jones has completed 66.1 percent of his passes for 1,140 yards with four touchdowns, and seven interceptions, missing three games due to an ankle sprain he suffered in Week 3. Jones ranks among the worst in a pair of stats. His 76 passer rating is 33rd out of the 35 quarterbacks that qualify and his 4.2 interception percentage is the worst among the 35 quarterbacks that qualify.

Of course, the Patriots are operating under a new offensive system this season as Matt Patricia and Joe Judge took over for Josh McDaniels, causing the offense as a whole to take a step back. The unit ranks 26th in total yards this season.

Still, Jones’s play has been the focus of the offense’s woes, and it looks like the league is taking notice. Sports Illustrated and Monday Morning Quarterback’s Albert Breer said he feels like “there’s some doubts about” Jones around the league through the first half of the 2022 season.

“Last night, I asked around. I texted a half-dozen execs and said, ‘Who would be the second quarterback to go in the 2021 draft if you re-drafted them now?’ Four of them said [Justin] Fields, one of them said he’d stick to his guns on Trey Lance because he hasn’t seen him enough, and another one said [Zach] Wilson,” Breer said on NBC Sports Boston’s “Early Edition.” “None of them said Mac.”

Jones and Fields have practically swapped spots in terms of play and how they’re viewed between their rookie season and this season. After struggling in 2021 with a Bears team that lacked much offensive talent, Fields has been a revelation in recent weeks. He’s thrown for 1,192 yards with 10 touchdowns to three interceptions over the seven games. He’s also rushed for 654 yards and five touchdowns over that stretch.

Breer acknowledged the flip-flop between Jones and Fields, saying of Jones that “everything’s sort of been turned upside down on him and we’re seeing a lot of this was due to environment.”

Luckily for Jones, he still has half of the regular season left to change the common opinion of his play so far in 2022. After being on the bye last week, Jones and the Patriots have a tough test ahead of them on Sunday when they fact the 6-3 Jets, who also have the seventh-best total defense and fifth-best defense in terms of weighted DVOA.

Jones had some highs and lows facing the Jets in Week 8, which was his first full game back from the ankle injury. He completed 24 of 35 passes for 194 yards with a touchdown and an interception and added 19 yards on the ground. However, he threw a pick-6 that was negated by a roughing the passer penalty on the Jets that didn’t really affect the play. However, Jones stepped up on a few occasions to make big plays on third and fourth downs that helped the Patriots win that game.

Breer thinks that both Jones and the Patriots’ offensive coaching staff have to work hand-in-hand to make proper adjustments to see more positive plays in the second half of the season.

“One thing some of these people who evaluated him have told me consistently over the course of this year is it doesn’t look like he trusts the offense,” Breer said. “When he goes out there he’s clutching the ball. You see a lot of it where it doesn’t look like he’s trusting what he’s seeing, which is a different player than what we saw last year. So I think the first thing is getting him concepts that he trusts. Figuring out what he likes and focusing on that.

“The other thing I think can get him going, and I think we saw a little bit of it before the bye, some of the stuff they were doing for Bailey Zappe. The easy-money completions where you can get yourself into second-and-4 and third-and-1 more consistently, or throwing on early downs when they’re not expecting you to throw. Getting him easy yardage is another way to get him rolling.”

Sunday’s game against the Jets is just the first of many tough tests that await Jones and the Patriots. Five of New England’s eight remaining games are against teams that are currently holding a playoff spot, and that’s not including its back-to-back West Coast games (Cardinals and Raiders) plus a matchup against the defending AFC champions (Bengals). Four of the Patriots’ last eight games are against teams that rank in the top 10 of weighted defensive DVOA, too (Jets, Bills twice, and Bengals).