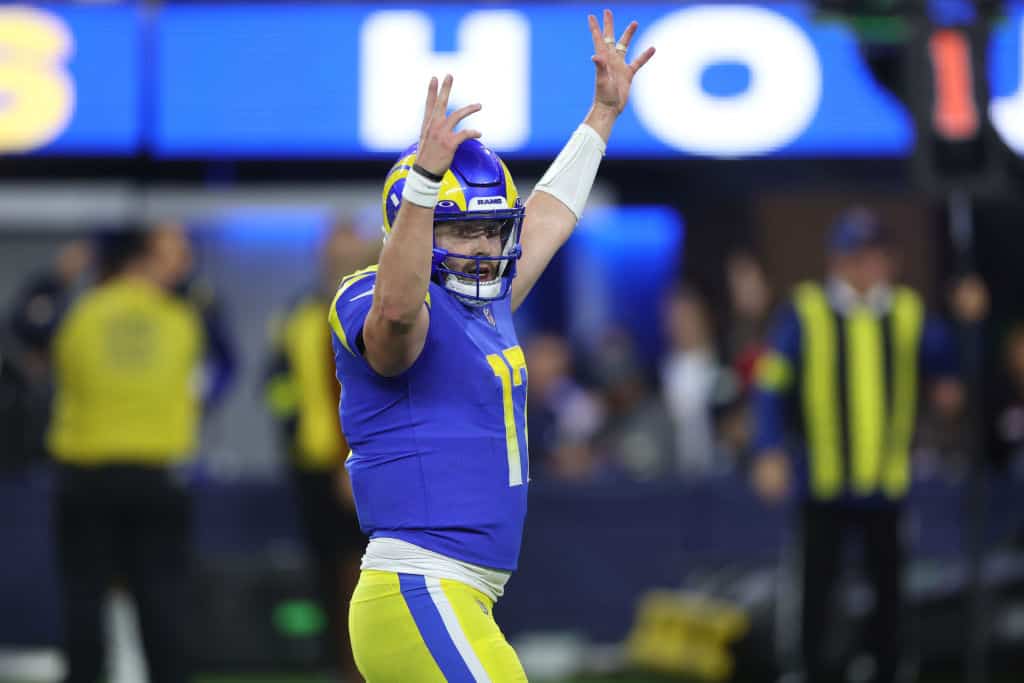 The Los Angeles Rams pulled off a miracle Thursday night thanks to Baker Mayfield.

While the quarterback had next to no time to prepare for the game, he still pulled off the victory.

However, one NFL analyst is sharing a moment to explain how Mayfield had his magical moment.

NFL analyst Kirk Herbstreit had an interesting moment in Los Angeles, which he shared on the Pat McAfee Show.

During his interview, he talks about how he got to Los Angeles before Mayfield got there.

“I got to LA before Baker Mayfield did.. I will never forget that game & how he pulled that off”@KirkHerbstreit dives into Baker Mayfield’s performance on Thursday Night Football #PMSLive pic.twitter.com/RRS55CHZZV

He talks about things which Mayfield shared with him, along with stories from others about the veteran quarterback.

Mayfield shared how he was using a wristband for play calls, something he never did before.

However, Herbstreit reveals how Mayfield has “a great memory.”

The memory then came into play, as Liam Coen revealed how Mayfield was studying and taking notes in the 48 hours before the game.

But the magic came from the veteran quarterback and how he pulled off a win using the hurry-up offense on a team he just joined.

Driving 98 yards with a team he just joined while down late in the fourth quarter shocked everyone.

With everyone questioning how it’s possible, the answers are only found in his dedication during this game.

However, it makes others wonder why he couldn’t do this in Carolina.

The answer might come from Mayfield, as he realizes this might be his last chance in the NFL.


Experts warn of a "hallucination" problem with ChatGPT and LaMDA, as these chatbots take what they have learned and reshape it without regard for what is true (Cade Metz/New York Times)