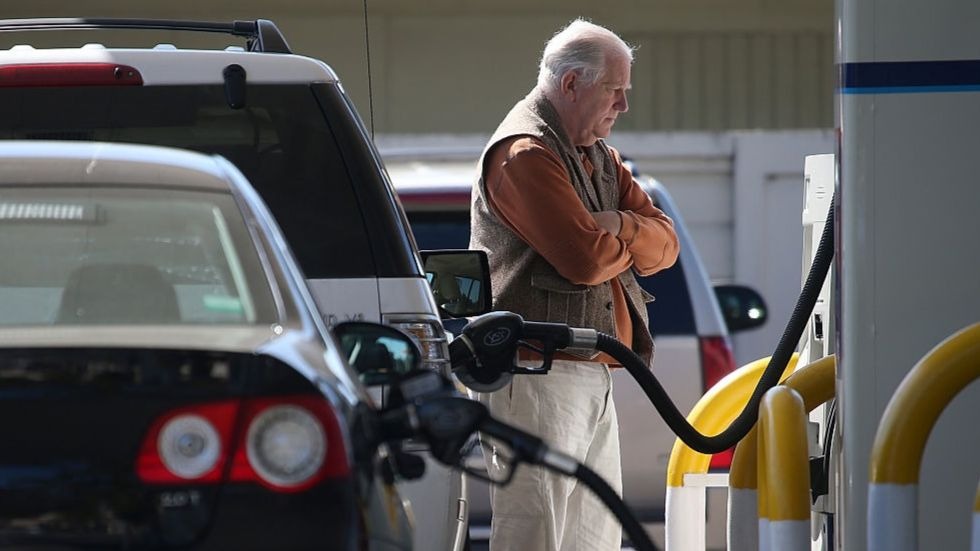 The news of the day does not make existential problems go away. Two new official reports buried in the aftermath of the brutal Russian invasion of Ukraine deserve serious consideration. The reports illustrate how rampant inflation devastates middle-class families and the ravages of climate change threaten the health, wealth, and wellbeing of Americans and the people of the world.

Last Friday, the US Department of Labor released its jobs report for March. There was encouraging news about job creation but awful news about the failure of wages to keep up with inflation. The Labor Department reported that wages have increased by 5.6 percent in the last 12 months, which ordinarily would be great news. But the pay rate did not even come close to matching the inflation rate, which increased by 7.9 percent over the same period.

While the titans of the financial, high tech and oil industry are getting richer and richer, hard-working poor and middle-class families are falling further and further behind. The fundamental problem with inflation, especially with the surging prices for gas and groceries, is the threat it presents to the survival of hard-working American families.

The system is rigged against them. The Federal Reserve will soon raise interest rates for loans which might slow inflation but could also limit growth in wages. The cure would be worse than the disease.

On the heels of the bad news about inflation in the United States, the UN Intergovernmental Panel on Climate Change reported Monday that the world was hurtling to a climate change danger zone because of a “litany of broken promises” by the national governments to deal urgently with the ravages of climate change.

The report indicated that the surge in oil prices has made renewable energy sources like wind and solar power more viable economic alternatives to fossil fuels but that the governments of the world lacked the political will to tackle the climate crisis.

The late South African Archbishop Desmond Tutu wrote that his “father used to say ‘Do not raise your voice. Improve your argument. ‘”

Two recent books do great justice to the systematic threats that economic inequality and climate change pose to American society.

Evan Osnos is the author of “Wildland: The Making of America’s Fury,” which is a look at the systematic problems facing the nation from the ground up. Osnos, who writes for the New Yorker, returned from a decade of overseas reporting to focus on the problems of three communities he lived in before he went abroad.

National economic statistics depersonalize suffering. To make a compelling case for change, it is necessary to put a human face on the problem. Osnos paints powerful portraits of the poor in Chicago, Illinois, the environmental and economic victims of decline of the coal industry in West Virginia and the big money elite in Greenwich, Connecticut.

The author argues the growing economic divisions between rich and poor fuel the political polarization that undermines democracy in the United States. Our economy has raised the wealth and rich in upscale suburbs to new heights but has broken the backs of the forgotten men and women left behind in devastated inner cities and toxic coal fields.

Rep. Ro Khanna (D-Calif.) Represents Silicon Valley in the US House of Representatives and was the national co-chair of Sen. Bernie Sanders (I-Vt.) 2020 presidential campaign. His recent book “Dignity in a Digital Age: Making Tech Work for All of Us” is a prescription for the ills of our 21st century economy. He stresses the urgent need for a program of “progressive capitalism” to root out the “foundational” problems that plague the United States.

Khanna argues in the power of high technology to solve big problems, but he is not an apologist for Big Tech. He chronicles the necessity for reform in the industry and he advocates extending the financial benefits that have enriched Silicon Valley and its outposts in Seattle, Austin and Boston to the depressed communities and people that Osnos writes about in his book.

Khanna makes a compelling case for the fundamental change that is necessary to maintain a strong and equitable economy for all Americans. He makes a persuasive case for the economic benefits of Medicare for All, universal free public education from preschool to college and the creation of high paying clean energy jobs. He believes these programs – paid for by raising taxes on wealthy corporations and rich Americans and by reforms in the bloated Pentagon budget – would be invaluable investments that would strengthen the economy and provide needed relief to hard-working families.

World news has turned serious problems into sideshows. Economic inequality and climate change are serious and systematic problems that are not going away unless there is urgent action. Osnos and Khanna focus a spotlight on the problems and the actions needed to correct them before they get completely out of hand.

Brad Bannon is a Democratic pollster and CEO of Bannon Communications Research. His podcast, “Deadline DC with Brad Bannon,” airs on Periscope TV and the Progressive Voices Network. Follow him on Twitter: @BradBannon