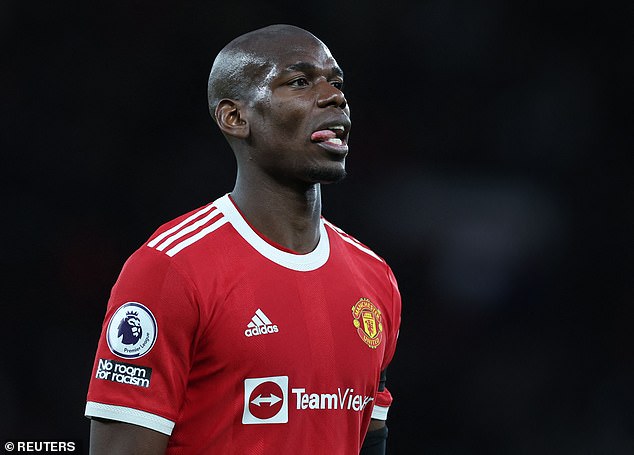 Ambitious Newcastle and Aston Villa ‘are monitoring Paul Pogba’s situation’ as they eye a shock free transfer, with the midfielder set to leave Manchester United when his contract expires this summer

By Daniel Davis For Mailonline

Newcastle and Aston Villa have emerged as surprise candidates to sign Paul Pogba this summer as the midfielder prepares to quit Manchester United on a free transfer.

Pogba, who joined the club for an eye-watering fee of £ 89million in 2016, is now set to leave at the end of the season after admitting disappointment over his time there.

Indeed, United are braced for another campaign without trophies after their Champions League elimination – and Pogba said he has not been ‘satisfied’.

And now, according to The Sun, Premier League rivals Newcastle and Villa are keeping close tabs on the World Cup winner’s situation ahead of a potential swoop.

The mega-rich Magpies are expected to splash the cash again in the summer after their lucrative takeover, and the signing of Pogba would be a statement for them.

Villa, meanwhile, have been somewhat rejuvenated under Steven Gerrard.

Mega-rich Newcastle, managed by Eddie Howe, could look to pull off the statement signing

Speaking on his career at Old Trafford, Pogba said: ‘The last five seasons have not satisfied me – really not at all.

‘This year it’s dead, we will not win anything. Whether it’s with Manchester United or at another club, I want to win trophies. ‘

He even revealed that he felt depressed at United during Jose Mourinho’s tenure.

‘Personally, it started when I was with Jose Mourinho in Manchester,’ Pogba added.

‘You ask yourself questions, you wonder if you are at fault, because you have never experienced these moments in your life.

‘Because you make money, you always have to be happy? It’s not like that, life. But, in football, it does not pass, we are however not superheroes, but only human beings. ‘

Juventus, Real Madrid and Paris Saint-Germain are in the race to sign the superstar.