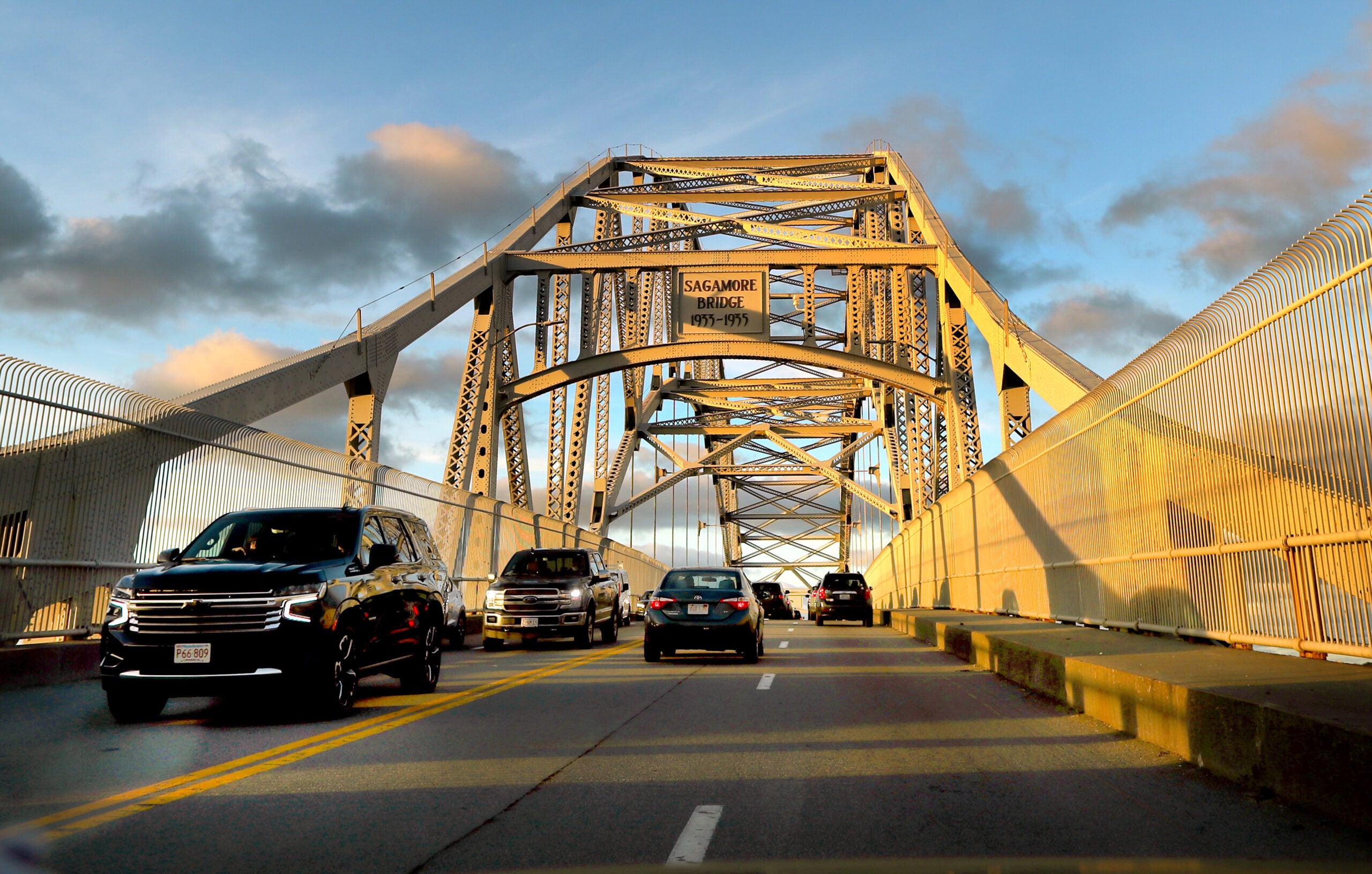 Despite recent setbacks regarding funding, the massive project to replace the Sagamore and Bourne bridges is still moving forward. While construction likely won’t start until fall 2025, officials said Tuesday that they have determined the specific types of bridges that should eventually replace the existing structures, which have stood since the 1930’s.

In November, Massachusetts Department of Transportation officials laid out three options: a concrete box girder, a cable-stayed bridge, and an arch bridge. Each has its benefits and drawbacks, but MassDOT representatives said at the time that their analysis pointed towards arch bridges being the best option.

After a period of public feedback, the results are in. Arch bridges have been selected as the preferred bridge type for the program, MassDOT Project Manager Bryan Cordeiro said during a public meeting Tuesday.

Members of the public and those involved in decision-making gravitated toward an arch bridge design for multiple reasons. Arch bridges would best replicate the look and feel of the current bridges, including the “gateway” view that has greeted travelers for decades. An arch design would also best fall in line with the canal’s historic context, and avoid any adverse effects on the Cape Cod Canal historic district, officials said in November.

After those meetings, MassDOT received more than 2,200 responses to a public survey regarding the bridge design options. When asked how important it was that the new bridges resemble the current bridges, 70% of respondents said this was “somewhat important” or “very important.” When asked how important it is to replace the current bridges with iconic “landmark structures,” more than 85% of respondents said this was “somewhat” or “very important.”

Practically, arch bridges offer more benefits. They are better able to accommodate ramp connections than the other options, and would have the smallest footprint on either side of the canal, officials said in November. Construction would also be straightforward, as the middle sections could be built offsite as work commences on either end of the new bridges. Once that is completed, barges would bring in the middle sections, or arches, to be installed.

Arch bridges are expected to have the shortest construction timeline, and are estimated to have the lowest costs. All three bridge types would be equally durable, and maintenance on any of them would “have much lower costs and impact on traffic” than work on the existing bridges, according to MassDOT.

While landing on a preferred bridge type is one step in the right direction, the project hit a stumbling block earlier this month when the federal government denied a grant request for funding. An application from MassDOT and the US Army Corps of Engineers requested $1.88 billion. The Army Corps owns and maintains the bridges currently, and that will continue to be the case until the new bridges are constructed. MassDOT is leading the design process, and will take ownership of the new bridges once they are in place.

So far, MassDOT has spent about $25 million in state funds on the project, financing a variety of studies, explorations, and data collection initiatives.

The latest request would have covered about half the total project cost, but federal officials instead approved applications for major bridge projects in Connecticut, Illinois, Kentucky, and California.

The same funding opportunities will be available yearly through 2026, so MassDOT and Army Corps officials are preparing to apply for the next round of funding later this year.

“The Bridge Investment Program garnered attention from a very competitive applicant pool with very large projects from across the country. Considering the magnitude of the projects that applied to receive Bridge Investment Program Funds, undoubtedly US DOT was faced with a difficult decision,” Cordeiro said during the meeting. “MassDOT and the Army Corps are going to continue to aggressively work to improve the competitiveness of our grant application in future years.”

While full funding is not yet secured, the desperate need for new bridges has long been apparent. In 2019, a MassDOT study found that both bridges have exceeded their design life and require “substantial regular maintenance to function reliably.” As they were built more than 80 years ago, the bridge designs are “substandard in several ways.” The travel lanes are too narrow, the bridges do not have shoulders, and there are minimal accommodations for cyclists and pedestrians.

MassDOT officials said in November that each existing bridge would likely be replaced with twin bridges that sit side-by-side. This would help eliminate traffic from the existing bridges as soon as possible, and would be the best option for maintaining traffic flow and local connections during construction. Twin bridges are generally easier to build, are structurally more efficient, and would have a shallower structural depth than single, large replacement bridges, they said.

Each new bridge would likely have two 12-foot travel lanes, a 12-foot entrance/exit lane, a 10-foot shoulder, and a four-foot shoulder, Cordeiro said Tuesday. In a twin bridge setup, each side-by-side structure would have traffic only going in one direction. Each twin bridge would also have a shared-use path for pedestrians and cyclists. The design team is exploring the feasibility of adding scenic overlooks.

Some local leaders are expressing concern about the project and the impacts it could have on their communities. In particular, multiple Bourne Select Board Members spoke during Tuesday’s meeting.

Bourne Select Board Member Mary Jane Mastrangelo expressed frustration with the current communication channels between the town and those responsible for the design process.

“As Select Board members in Bourne, we’re not stakeholders in comments for this,” she said. “I hope that you will work with the Board of Selectmen in Bourne, who is the host community, to make sure that we have adequate participation in discussions.”

“I wholeheartedly agree that there needs to be more public involvement,” she said during the meeting.

Mark Kolonoski, a deputy project manager for the HNTB design firm, said that he and his colleagues are currently reevaluating their public involvement plan. They are anticipating another round of public meetings in the second quarter of 2023.