“You need a good ass whooping!” Madman Films has debuted the new Australian trailer for a Korean action movie called The Roundup, which is actually a sequel to 2017’s The Outlaws, also about renegade cops. The film was already released in both South Korea and the US back in May earlier this year, but it was such a quiet release we never heard about it or posted a trailer back then. I caught up with the film at the Sitges Film Festival in October and it’s a blast. Train to Busan star Ma Dong-seok leads this action crime film as “The Beast Cop” who heads to Vietnam to extradite a suspect. However, he discovers additional murder cases and learns about a killer who had committed crimes against tourists for many years. He gets caught up in even more crime and chaos trying to find and stop the criminals before they disappear once again. The cast also includes Sukku Son, Choi Gwi-hwa, Ji-hwan Park, Heo Dong-won, and Ha-Jun. Fire it up. 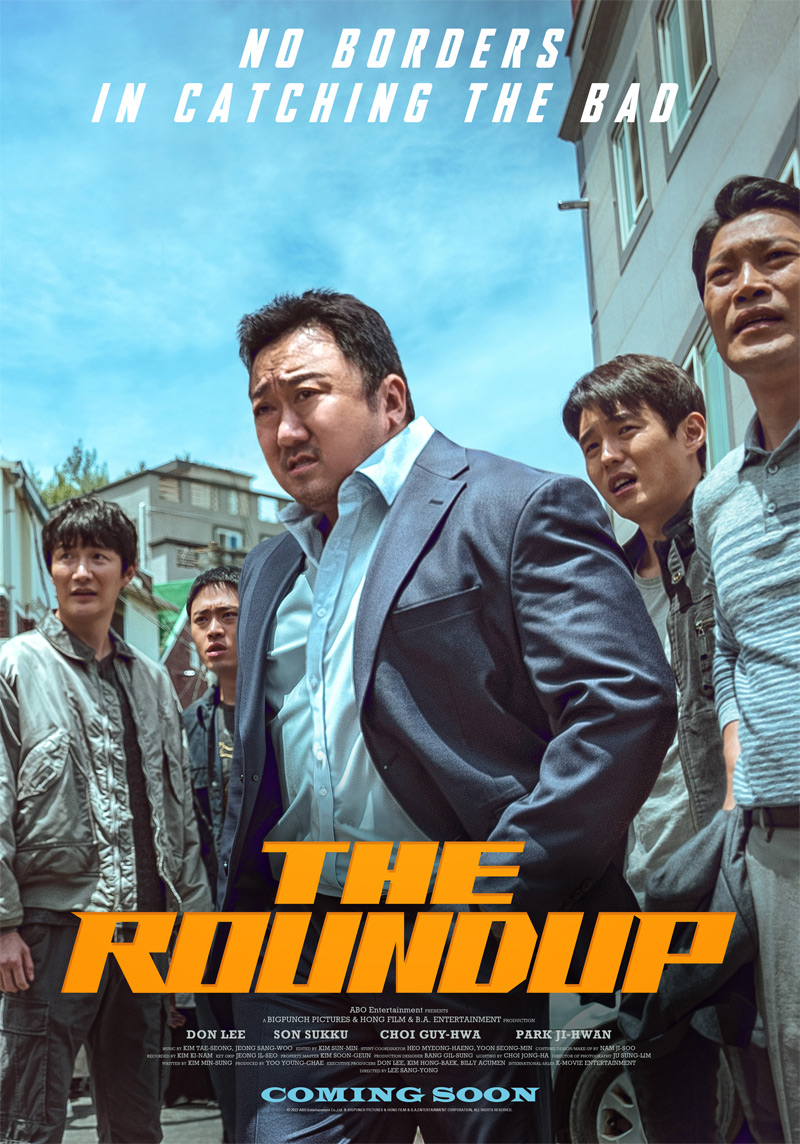 The Beast Cop is back for more! Four years after the events of the Garibong district round-up operation, Geumcheon Police’s Major Crimes Unit is given the mission to repatriate a fugitive who fled to Vietnam. Beast cop Ma Seok-do realise that there is something up with their suspect’s willingness to turn himself in and subsequently uncover crimes committed by a terrifying killer named Kang Hae-sang. Ma and his unit begin their investigation across two countries and follow the bloody breadcrumbs left behind by Kang… The Roundup, originally 범죄도시2 or Crime City 2 or The Outlaws 2, is directed by Korean filmmaker Sang-yong Lee, director of the film 4th Period Mystery previously, plus the upcoming The Roundup: No Way Out; he also produced Alive + co-produced The Good the Bad the Weird. The screenplay is written by Min-Seong Kim. Produced by Young-Chae Yoo. This premiered at the 2022 Neuchatel Fantastic Film Festival earlier this year. The film was already released in the US back in May earlier this year. Who wants to watch?