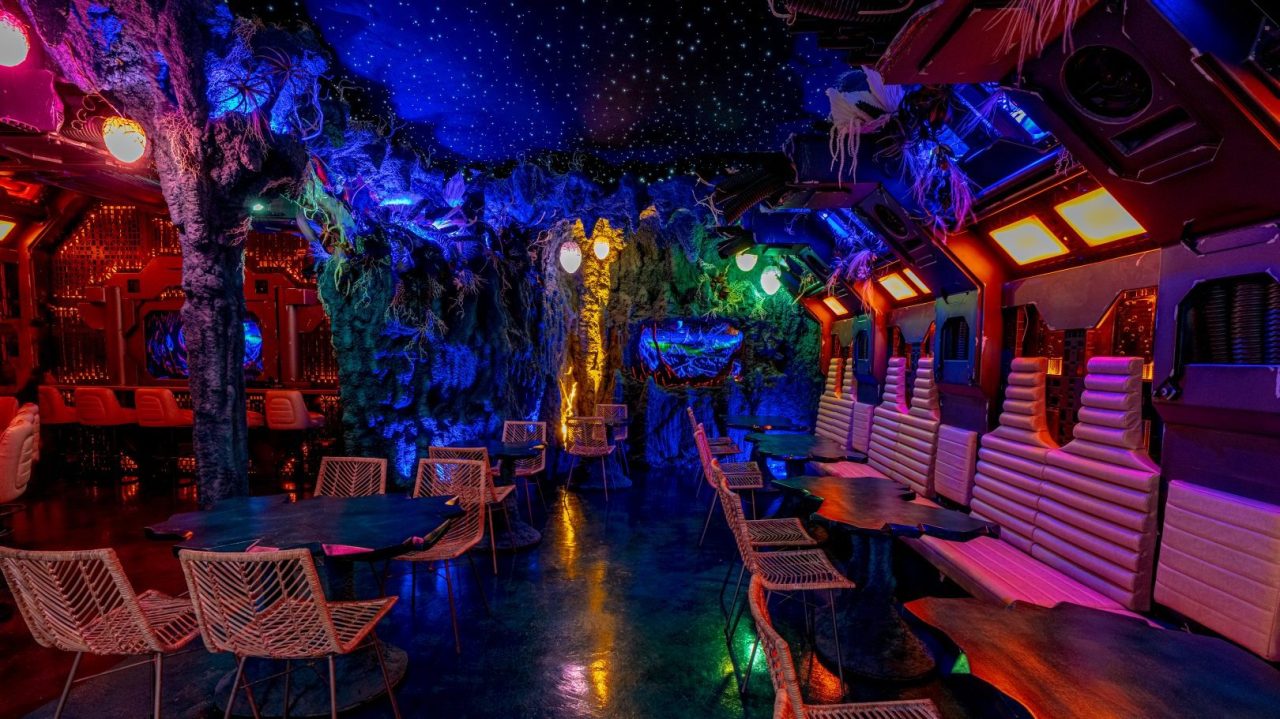 SAN DIEGO — Stranded on an alien world, surrounded by strange plants and the smoldering wreckage of your ship, you and your crew must band together to survive, forging a new life on unfamiliar terrain.

San Diego gets an inventive new bar concept next month in Mothership, a tavern that tells a story with its immersive environment and menu.

Located on 30th Street at the north end of South Park, the bar has a three-week soft opening starting Aug. 2. It comes from the mind behind Kindred, another personality-packed South Park establishment known for its vegan food, cocktails and heavy metal soundtrack.

In a phone interview with FOX 5 this week, owner Kory Stetina shared his vision for the galactic gastropub, which draws on everything from Alien to 2001: A Space Odyssey and Star Trek’s first season.

A host will warn visitors to let their eyes adjust for a moment as they step into the venue. Then they’ll walk through a cave entrance, finding what looks like the command center of a crashed spaceship. It’s been converted into a bar.

“The world kind of expands behind you into an open night sky and rock formations, and curious plant life, odd music and sounds,” said Stetina, describing the colorful environment as if the viewer is slowly turning in a circle, soaking it all in .

The hosts might have to build in some time for that, before each patron opts for walk-in seating at the bar or their reserved table.

The environment tells the story of the ship’s crew, creating a little base camp in this tropical wasteland, serving up food and drinks that draw influence from their new surroundings.

“They’ll immediately feel like they’ve entered into the backstory that surrounds the entire experience,” Stetina said, of visitors. “They’re part of this colony with us.”

Stetina says there are “layers on layers” of detail within the world — elements that will reward repeat visits to piece together more of the story. It doesn’t go as far as immersive theatre: servers aren’t in character, or anything like that. But the environment is packed with rich detail that serves the narrative.

Designers combined the elements of different artificial vegetation to create “over a dozen types of unique plant species,” Stetina said. It’s as if a mother plant is extending its tendrils all through space.

Chief design credit goes to Ignacio “Notch” Gonzalez, the mind behind some inventive spaces elsewhere in the US, including the nautical Smuggler’s Cove in San Francisco.

Mothership’s 17-drink menu features classic tiki cocktails with a cosmic twist, and a five-dish menu of plant-based comfort food, with a rotating sixth.

The eats are dubbed “Earth food” — the galactic version of regional cuisine. The drinks are ranked for alcoholic strength on a scale from “cruising speed” to “ludicrous speed” (a nod to “Spaceballs,” for the uninitiated).

Stetina said the soundtrack is another unique standout: an original score that’s “important for helping you feel transported.” It melds together some vintage synthesizer, “almost-tribal percussion” and other influences.

Reservations at Mothership will open up online shortly before the start of the soft open on Aug. 2. Customers can book a 90-minute experience. The bar side will remain open to walk-ins, as space allows.