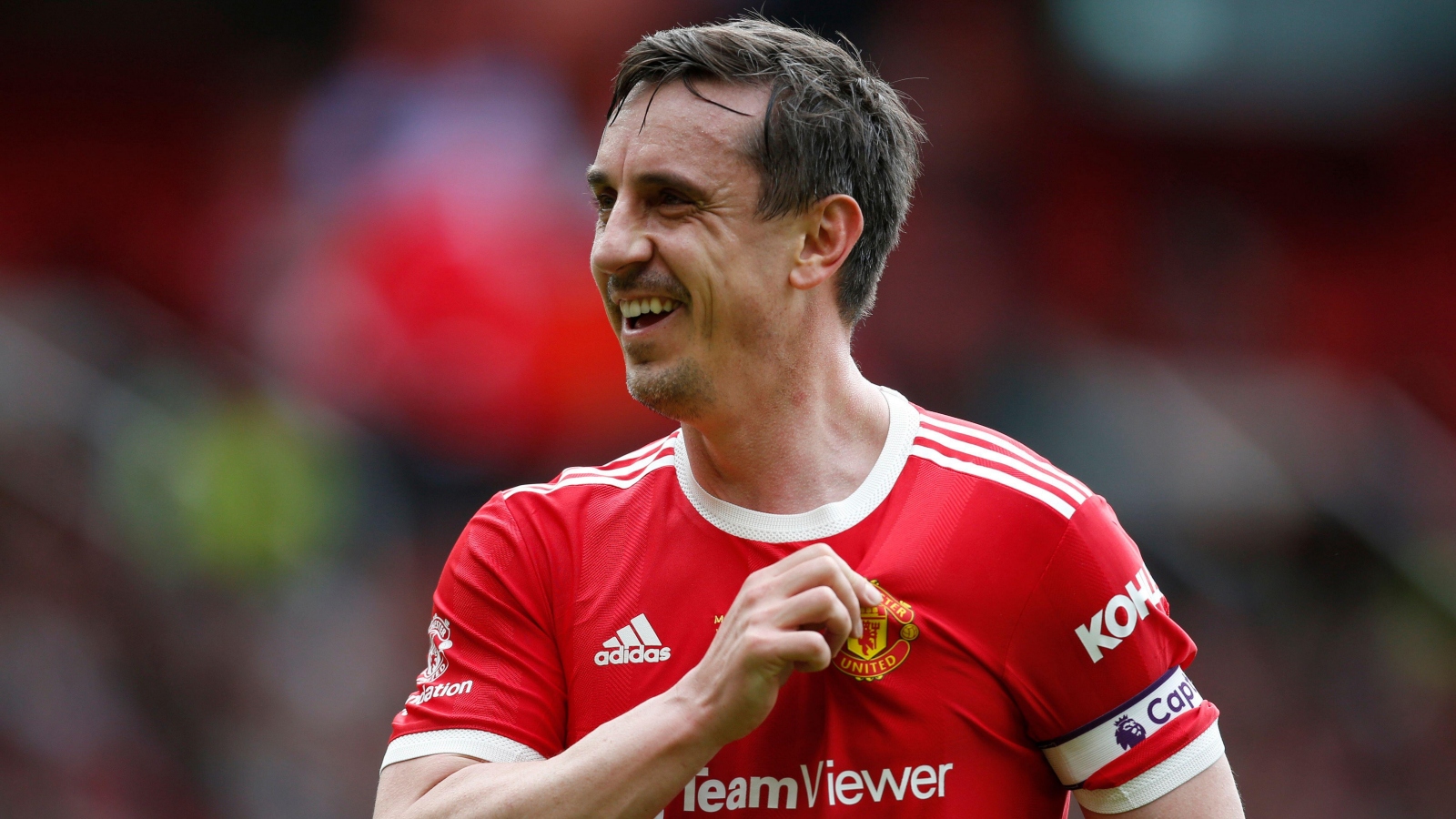 It promises to be a very busy summer at Old Trafford as new manager Erik ten Hag looks to improve the club’s fortunes upon his arrival from Ajax.

A number of players have been linked with the Premier League giants, with Barcelona midfielder Frenkie de Jong emerging as a top target.

Following the departures of Juan Mata, Jesse Lingard, Nemanja Matic and Paul Pogba, Ten Hag will look to bring someone of De Jong’s profile into the club.

One legend, magician, mentor and a true friend! I could not be more lucky to find someone to look for and learn in this beginning at @ManUtd and the @premierleague. Was a pleasure to play alongside with you, but more than that was amazing after this time having you as a friend. pic.twitter.com/LvwrhG3ODN

And United’s former right-back, Neville, has pinpointed central midfield as a pressing issue, claiming the Red Devils need to bring in a new playmaker.

“I think, to be honest with you, I do not know which area needs strengthening fully until we know which players the new manager likes,” Neville told the club’s official website.

Neville also reckons his former side need some more depth up front, insisting that signing a center-forward to help take the burden off Cristiano Ronaldo “is a must”.

“I think there’ll need to be a wide player, just to beef up the squad, and I think full-backs are absolutely critical in the modern game.

“[There are] four full-backs there, it’ll be interesting to see which two, three or four of those are liked. ”

After multiple reports suggested United would struggle to convince De Jong into joining, they have had a breakthrough in their pursuit of the Dutch midfielder.

The Barcelona man has given the green light to a move as the Red Devils prepare their second bidaccording to the Mirror.

Barca are desperately looking to raise funds and see the sale of De Jong as the perfect opportunity to do so.