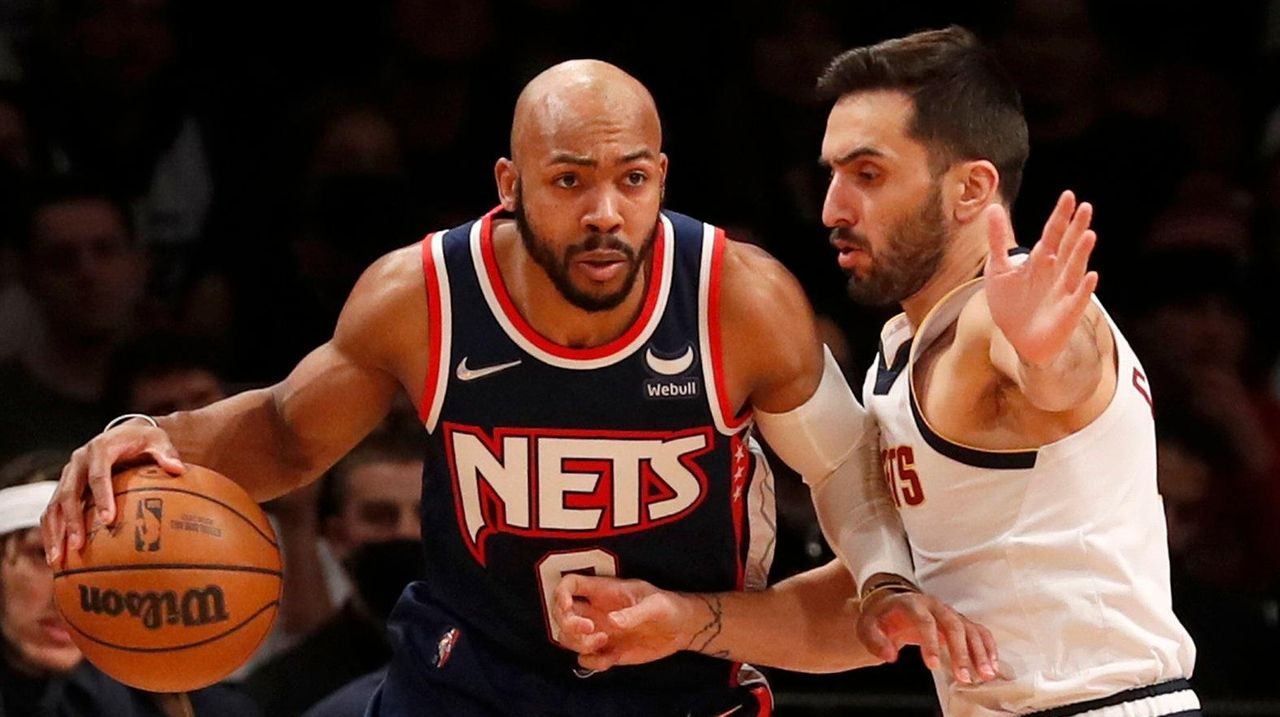 Like has happened far too often this season, Steve Nash did not put out the lineup he envisioned when he was named steward of three of the best players in the NBA.

There was no Kyrie Irving Wednesday night. There was no Kevin Durant. And thanks to some left hamstring tightness, James Harden was out, too.

Playing shorthanded against MVP candidate Nikola Jokic, and on the second night of a back-to-back, there was every reason to believe these Nets would simply roll over against the Nuggets substantial fire power. But though they eventually fell, 124-118, at Barclays Center, there was still some good to be seen in the form of Cam Thomas, who scored a career-high 25 points, and Patty Mills, who had 21.

They had control for the better part of the first 43 minutes despite some sloppy third-quarter defense, though they stumbled at the end thanks to some pivotal missed free throws, a few fouls and what Nash simply described as “details.”

“I’m proud of the guys for the activity, response 24 hours later from [Tuesday] night was great, but details “were the issue, Nash said.” Some of that is we have a bunch of guys playing together that haven’t played many minutes together all year so there is some cohesion that is lacking and some understanding and some familiarity.

The stuff off the court? Well, that’s even more complicated.

A day after Bleacher Report cited “several confidants” claiming that Harden is seeking to pursue free agency this offseason due to numerous issues, Nash was stuck asserting that Harden was actually happy in New York.

“Yeah, I think James is happy to be here,” Nash said. “I just think it’s frustrating right now because we have not played great basketball, we’ve had a lot of injuries, a lot of illness, a lot of guys in and out of the lineup, a lot of chop and change.

Harden all but denied the report in a testy exchange with the media Tuesday night, saying he enjoyed living in New York and did not appreciate the anonymous sourcing.

ESPN’s Adrian Wojnarowski reported Wednesday night that the Nets are not entertaining trade offers for Harden ahead of the deadline, due largely to Harden having told ownership and management that he’s dedicated to playing in Brooklyn. Nash said Harden is expected to be healthy enough to play Saturday against Golden State.

And though the Nets kept it close, Harden’s loss was certainly felt.

After going down by 11 in the first, the Nets initiated a 22-point swing in the second – finally pulling ahead in the dwindling minutes thanks to a 15-2 run, capped by DeAndre ‘Bembry’s thunderous dunk with 1:05 to go. That put the Nets up 63-54, and they went to the half up 65-54. They were keyed in the first half by LaMarcus Aldridge, who scored 14 points of his 18 points then, all while holding Jokic to seven (the Denver star finished with a game-high 26).

The Nuggets, though, regrouped at halftime, and their inevitable fire power, coupled with some sloppy Nets defense, allowed them to outscore the Nets 42-26 in the quarter.

The Nets eventually got a few breaks in the fourth: DeMarcus Cousins ​​was ejected midway through the fourth quarter when he angrily bounced a ball toward the referee after a traveling call, and a Patty Mills corner three tied it at 99 with 9:58 to go . That would be as close as they would get, though, as the Nuggets scored the next five and Aldridge missed two pivotal free throws with a little over three minutes to go.

Keeping it that close “was big,” Thomas said.

Laura Albanese is a general assignment sports reporter; she began at Newsday in 2007 as an intern.