Navy’s Ken Niumatalolo out after 15 seasons as coach 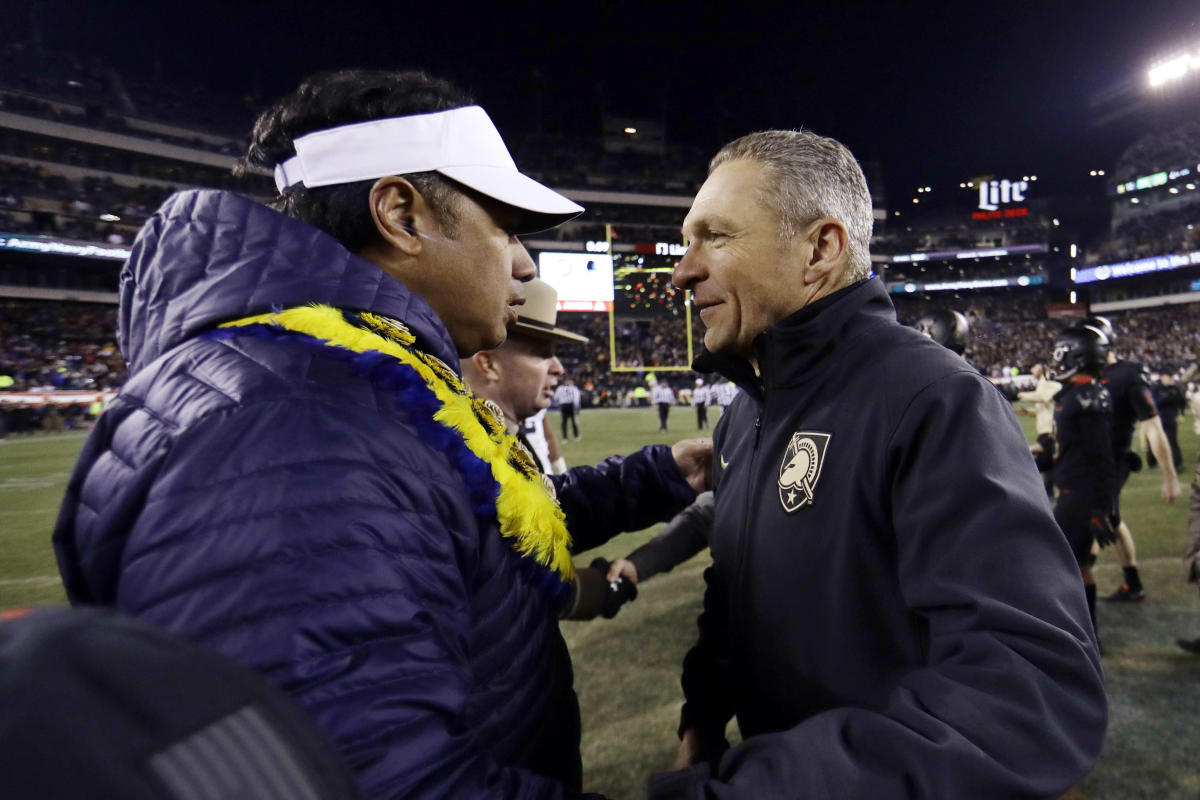 ANNAPOLIS, Md. (AP) — Navy coach Ken Niumatalolo is out after 15 seasons at the helm.

The academy announced Sunday that Niumatalolo would not return — a day after the Midshipmen lost to Army in overtime and finished 4-8 for the second straight year. Niumatalolo is the winningest coach in school history at 109-83, but after going 11-2 in 2019, Navy hasn’t finished above .500 since.

“Our sincerest gratitude to Coach Ken for what has been a distinguished and impactful legacy at the Naval Academy,” athletic director Chet Gladchuk said in a statement. “Navy football flourished for many years under his leadership. He will forever be remembered for the influence he has had on the lives of those who played for him.”

The Midshipmen have gone just 11-23 over the last three seasons and have had one winning season over the last five years. Navy is a combined 4-10 against the other two service academies over the last seven years.

“The Naval Academy will now move forward with continued high ambitions and embrace a new era of reaffirmed expectations for Navy football and our midshipmen,” Gladchuk said.

Toyota Halts Car’s Sales and Production for US