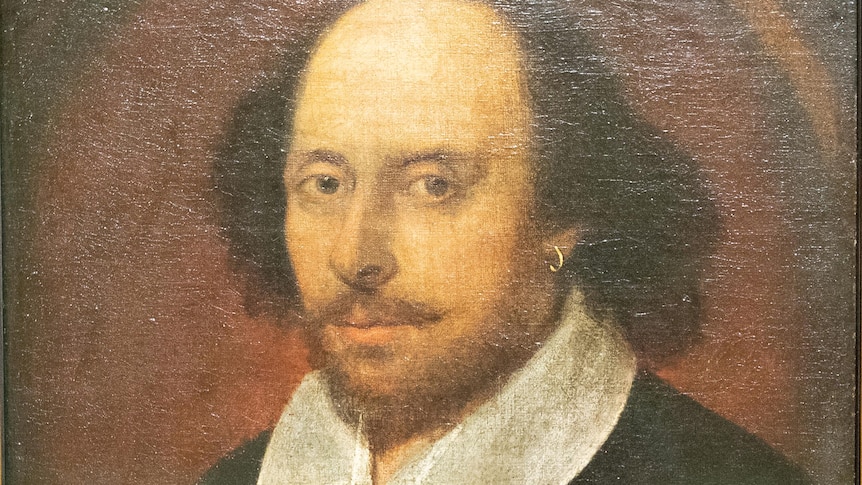 If you’ve ever wanted to gaze into Ed Sheeran’s eyes, see how the Bronte Sisters looked according to their brother, or be in the same room as Malala Yousafzai, now is your chance.

“It has some very old works, some very historical works, that go right back to the time of Shakespeare, right through to the 21st century,” National Portrait Gallery director Karen Quinlan said.

“These are the icons from the collection.”

One of the most significant artworks on display in the exhibition is John Taylor’s portrait of William Shakespeare, painted in the 1600s and thought to be the only portrait the writer ever sat for.

“You’ve also got people like Charles Dickens, and an absolutely wonderful painting of the Bronte sisters… that was painted by their 17-year-old brother Branwell in about 1834,” Joanna Gilmore, curator of Collection and Research at the National Portrait Gallery, said.

“There’s this great sincerity about the work, you see the sisters as their brother saw them. There is a wonderful intimacy and honesty.”

But it’s not just literary greats showcased in the exhibition.

“There are wonderful scientists represented in the show, people who have changed the way the world thinks – Charles Darwin, Isaac Newton, Sir Tim Berners-Lee, the inventor of the internet,” Ms Gilmore said.

“You’ve got all sorts of icons of popular culture as well. Everyone from people like Nell Gwyn – the late 17th-century scandalous actress – right up to people such as Mick Jagger, the Beatles of course, Ed Sheeran, David Bowie – icons of British popular culture. “

But Ms Gilmore said the exhibition was just as much about the iconic people featured in the portraits, as it was about the creators behind them.

“The subjects of the artworks are just one aspect of what makes it so fascinating,” she said.

“The other wonderful thing about Shakespeare to Winehouse is the scope of artists and the caliber of artists who are represented in the show.

“You’ve got some of the iconic names in British art – people like Lucian Freud, David Hockney, Cecil Beaton, David Bailey – and then you’ve also got all of these wonderful historical practitioners who are considered the greatest portrait practitioners of their respective ages.

“People like Sir Anthony van Dyck, Peter Paul Rubens, Thomas Gainsborough, Joshua Reynolds, Thomas Lawrence, all of these wonderful artists are represented in the exhibition too.”

From London to Canberra and back again

The artworks on display in Canberra’s portrait gallery have all been sourced from the National Portrait Gallery in London, which is closed for refurbishment until 2023.

“They’re incredibly precious, I mean some of them are 500 years old, and for them to travel across the world is not something that we do lightly,” Ms Gilmore said.

“Shakespeare to Winehouse is an absolutely fantastic opportunity to see these works, some of them for the first time and possibly for the last time, in Australia.”

“You do not have to travel to London this time, you can come to Canberra and see them right here on the walls,” Ms Quinlan said.

“I predict you will not see a lot of these again on this side of the world for a very long time.”

Ms Gilmore said the scope of the collection was what made the exhibition so unique.

“It encompasses the entirety of the NPG London’s collection, starting with panel paintings from the late 15th and early 16th century, portraits of people like Henry the Eighth and Queen Elizabeth the First, and goes right up until the last two or three years [with] portraits of people such as Malala Yousafzai – the Nobel Peace Laureate and women’s rights activist.

“There’s a beautiful portrait of her created in 2018 as a commission by the National Portrait Gallery [on display]. “

Organized by theme, the exhibition has a portrait of Charles Darwin sitting right alongside a portrait of Ed Sheeran, in a section focused on Fame.

Other sections in the exhibition include Love, Loss and Power.

“Thematically [it] means we can show works that are centuries apart but share a common theme, “Ms Quinlan said.

“It’s a really once in a lifetime opportunity, and not to be missed.”