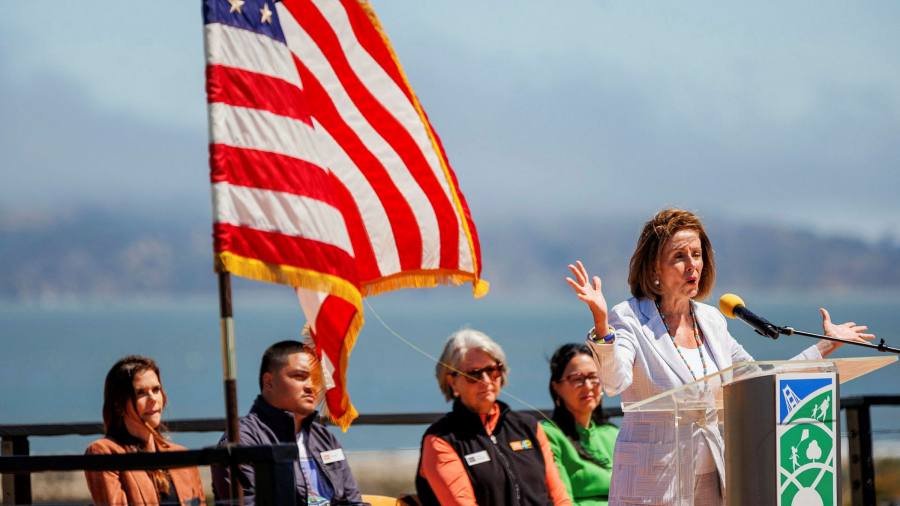 Nancy Pelosi plans to visit Taiwan next month to show support for Taipei as it comes under mounting pressure from China, in what would be the first visit by a Speaker of the US House of Representatives to the country in 25 years.

Six people familiar with the situation said Pelosi would take a delegation to Taiwan in August. The 82-year-old California lawmaker canceled a previous visit in April after she caught Covid-19.

Pelosi would be the most senior US lawmaker to visit the island since one of her predecessors as Speaker, Republican Newt Gingrich, traveled there in 1997.

Her visit will come as US-China relations remain mired in their worst state since the countries normalized diplomatic relations in 1979 and Washington switched diplomatic recognition from Taipei to Beijing.

In April, China’s foreign minister Wang Yi said a Pelosi visit would be a “malicious provocation”. News of the trip comes as US President Joe Biden and his Chinese counterpart Xi Jinping prepare to hold an online meeting in the coming weeks.

Three people familiar with the situation said the White House had expressed concern about the trip. The timing is sensitive for China because it will come in the same month as the August 1 anniversary of the founding of the People’s Liberation Army.

The issue is also delicate for Beijing because the Chinese Communist party will hold its 20th congress later this year – a meeting at which Xi is expected to secure an unprecedented third term as leader.

Bonnie Glaser, a Taiwan expert at the German Marshall Fund, said Beijing had become “hypersensitive” about Congress, which has introduced an “unprecedented” number of anti-China bills in recent years.

“China has become convinced that Congress and the executive branch are colluding to contain its rise,” said Glaser. “Since Speaker Pelosi is a Democrat and from the same party as President Biden, her trip has been interpreted as part of a strategy of using Taiwan as a card against China and providing official support for Taiwan independence.”

While the US and China are at loggerheads over many issues, Taiwan has become one of the most serious areas of contention since Biden took office. The Chinese military has flown increasingly large numbers of fighter jets and bombers into Taiwan’s “air defense identification zone”, raising tensions across the Taiwan Strait.

Speaking at the Shangri-La defense forum in Singapore in June, Chinese Defense Minister Wei Fenghe said his military would “crush” any attempt by Taiwan to become independent, and warned the US to stop trying to contain China. “If someone forced a war on China, the People’s Liberation Army will not flinch,” Wei added.

Two people familiar with the situation said there were divisions in the US administration over whether Pelosi should visit Taiwan. Some officials believed it was easier to justify a visit in April because that was just after the start of the invasion of Ukraine. Biden in February sent a high-level delegation of former officials, including retired chairman of the US joint chiefs of staff Michael Mullen, in a message of support to Taiwan.

Pelosi and her delegation will visit Japan, Singapore, Indonesia and Malaysia. The lawmakers will also spend time in Hawaii at the headquarters of US Indo-Pacific command. A seventh person familiar with the situation said it was still possible the trip would fall through.

Pelosi’s office would not confirm if the Speaker was planning a visit to Taiwan or any other countries in Asia. The White House declined to comment on congressional travel plans, while the Chinese embassy in Washington did not immediately respond to a request for comment.