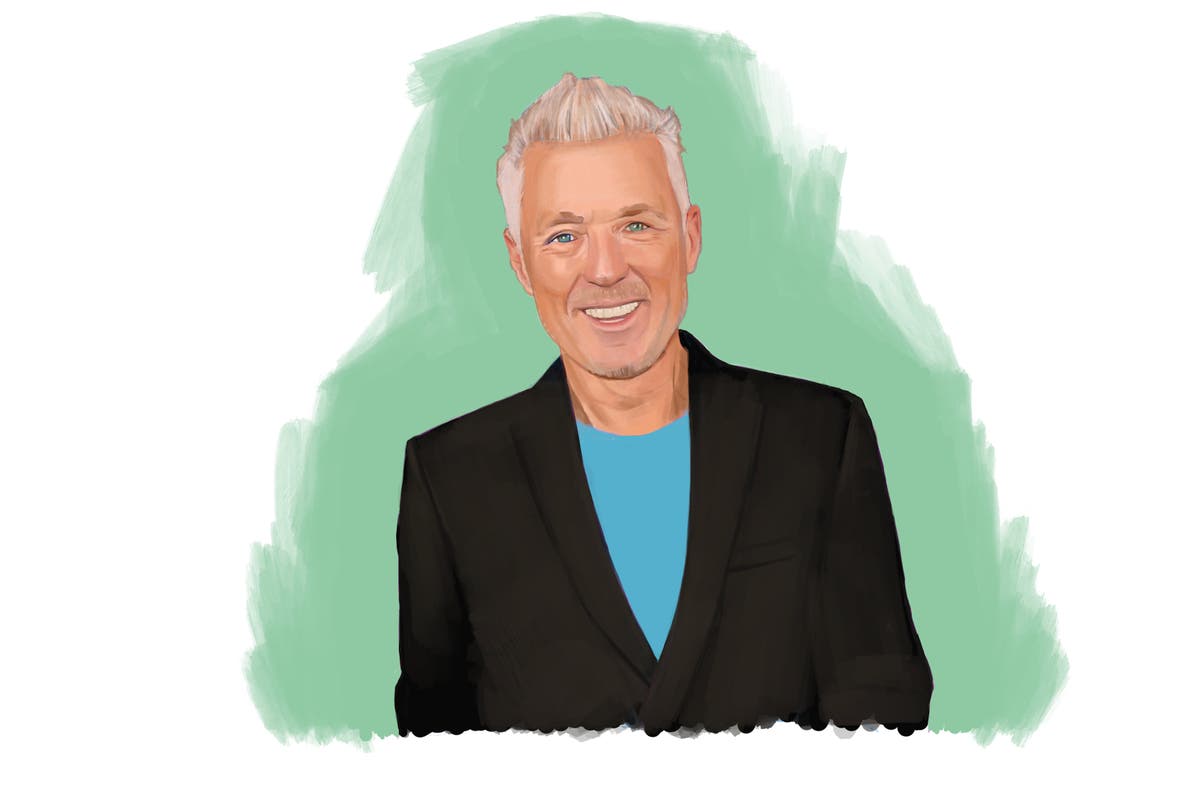 I grew up on the Essex Road when it was kind of left-over bomb sites from the Second World War. But my home now is Hertfordshire – just me and Shirlie [Holliman], it’s been a while since the kids lived at home. They call it empty nest syndrome, but I think it should be called empty heart syndrome. I’ve also got a place in Nine Elms in Battersea for when I’m in London for work.

What was your first job?

I was an apprentice composer. A compositor used to have the long metal yardstick with the letters for the printing press. My dad got me the job, which was great seeing as I left school with I think two O-levels. Then a year later, the band started taking off and I had to go back to my dad and ask him to write a letter to the manager saying: ‘Can you release Martin from his apprenticeship, he wants to become a pop star?’

Where in London would you recommend for a first date?

Our real first date was Ronnie Scott’s to watch Sade, who’d just come along with ‘Your Love is King’. Even today that’s our song. Everyone knows about our supposed first date at Camden Palace when George Michael came along and played third wheel. We spent all night trying to get rid of him.

My favorite restaurant by miles is The Ivy Chelsea Garden on Kings Road, the most beautiful restaurant in London. We recently went for my 60th birthday – just the four of us: me, Shirlie, Harley and Roman.

Have you ever had a run-in with a London police officer?

I was driving and I do not know why but I got pulled over. Straight away he recognized me and I think he got a little bit flustered. So, he said to me, ‘I do not have a breathalyser at the moment, but just blow in my face.’ Imagine!

Best thing a cabbie has ever said to you?

When I was shooting The Krays movie in 1990. The cabbie turned around and said, ‘Do you know where the Krays got their secret powers from? Their mum used to make them drink the water their greens were cooked in. ‘

Favorite work of art in London?

I hated it at first but the cherry in Trafalgar Square. I was there the other day and the sun was coming down, and it made me smile. What’s your London secret? When you are in Regent’s Park and you are driving around the circle, near the zoo, there is a certain spot that you can glimpse two giraffes standing in the center of London.

What are you up to at the moment for work? I’m working with Diet Coke to show people you should not be embarrassed to be who you are. When I was a kid I was obsessed with Elvis. We all think that everybody dressed like Elvis in the Fifties, but he was out there on his own wearing the pink jackets and leopard skin shirts. Back in the Eighties, our mum made me and Gary shirts for Top of the Pops. We made style out of whatever we could find.

Where do you go to let your hair down?

One night I remembered recently was when I went to a place called Legends on Old Burlington Street with Steve Strange. Steve introduced me to Michael Jackson. So we leave, all three of us and walk to a club called Limelight on Shaftesbury Avenue. I do not think Michael was on the shots, but I do not remember that much of that night!

Martin Kemp is a style ambassador for Diet Coke’s’Love What You Love‘campaign.