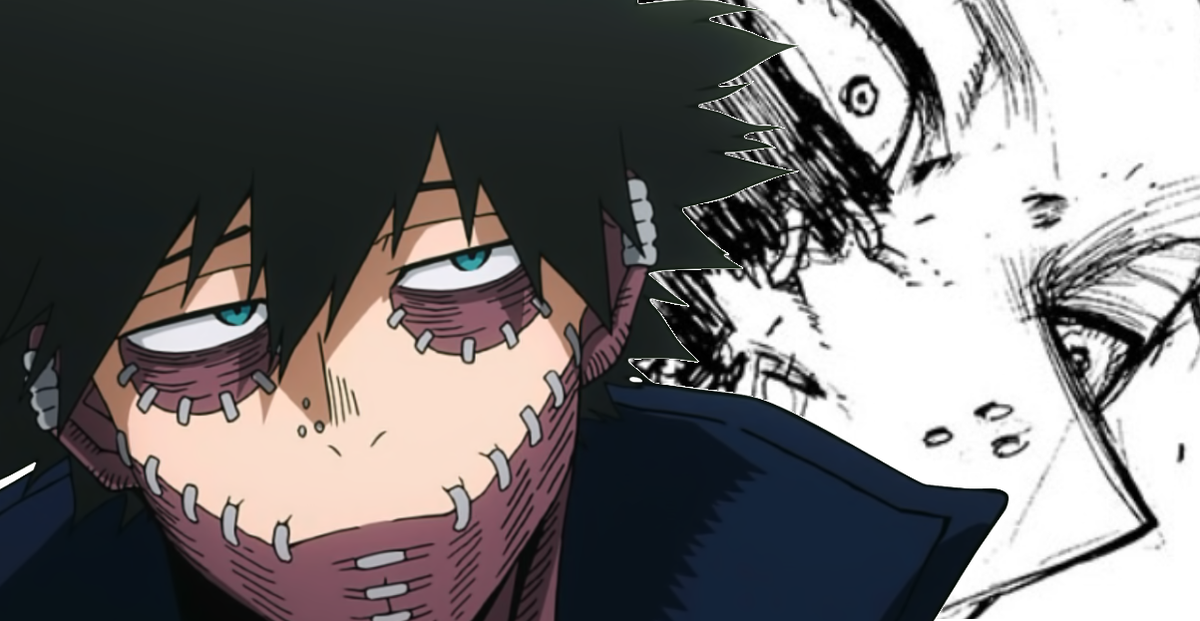 The final arc of My Hero Academia has begun in the pages of the Shonen manga, with the heroes of UA Academy once again teaming up with the professional adult crime fighters of the world in a bid to bring down All For One and his hordes of rogues. While match-ups such as Midoriya fighting Shigaraki and Uravity fighting Toga have been built up for some time, one of the major showdowns is set to take place in the villain Dabi fighting his hot and cold brother Shoto, with one fan giving us a fresh take on the villain’s terrible scars.

Without going too far into spoiler territory for the events currently playing out in the manga, the end of the latest chapter sees Dabi’s injury fully revealed that he seemingly received as a child. With Endeavor and his family believing that Dabi was dead as the young hothead attempted to be his father’s favorite, leaving behind a part of his jaw in the process, it seems that whatever fake body part was used to fix Dabi’s appearance has been burned away thanks in part to the extreme heat he is exuding in preparation of fighting his youngest brother. As the world of hero society hangs in the balance, this family feud is set to definitely be a determining factor.

Fan Artist AMBLUMIA shared a new colored recreation of the scene in which Dabi’s scars are seemingly fully revealed, making the member of the League of Villains look more terrifying than ever before as the son of Endeavor and brother to Shoto prepares to reveal new hints as to how he became a villain following his departure from the Todoroki Clan:

Dabi’s story is definitely a tragic one considering the torment that the Endeavor Clan had to undergo as the head of the family was looking to create strong heroes to one day overcome All Might and his legacy. With Dabi not having a combination of Quirks that reflected the powers of his father and his mother, he has since been able to harness his Quirk to fan a blue flame that can burn anything in his path, though it seems he is not completely free from suffering from the heat itself.

What do you think of Dabi’s stomach-churning injury? Feel free to let us know in the comments or hit me up directly on Twitter @EVComedy to talk all things comics, anime, and the world of UA Academy.