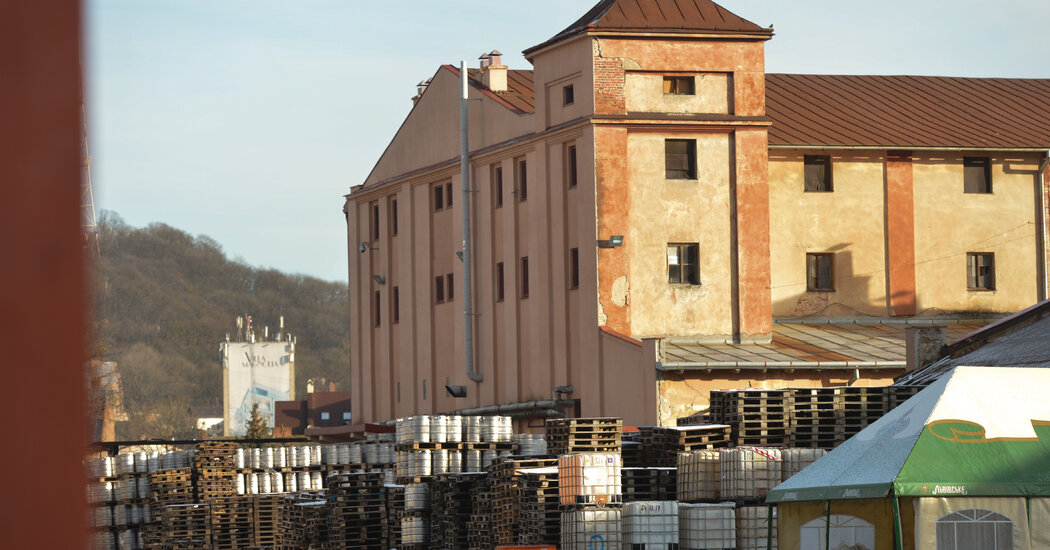 Multinational corporations began closing their operations in Ukraine and moving employees to safety on Thursday, as executives grappled with the implications of a full-scale invasion by Russia and the impact of widely swinging stock and commodity prices.

Carlsberg, one of the world’s largest brewers, said it had suspended operations at two factories near heavy Russian assaults, in eastern Ukraine and in Kyiv, in order to protect workers. The Danish conglomerate, which employs 1,300 people in the country, mostly Ukrainian nationals, also temporarily closed a third brewery in Lviv after its natural gas supplies were disrupted.

The swiftness of Russia’s multipronged assault sent shudders through international boardrooms and raised questions for businesses about how to confront the rapidly shifting geopolitical landscape.

“Today is a dark day for all of us. The attack on Ukraine represents a turning point in Europe; a war was simply unthinkable for many people, ”Christian Bruch, the chief executive of Siemens Energy, said at the German company’s general meeting Thursday. “We as a company now have to analyze exactly what this situation means for our business.”

As recently as last week, foreign companies in Ukraine had contingency plans in place, but for the most part did not believe that Russia would invade, Anna Derevyanko, the deputy director of the European Business Association, said at the time.

That shifted rapidly in the early hours of Thursday, as Russian airstrikes hit Ukrainian cities.

At Hamburger Hafen und Logistik, which provides transport and logistics services, the last of 480 employees at its terminal in the Ukrainian port of Odessa evacuated early Thursday after seeing off two cargo ships before Russian forces invaded, the company said in a statement.

In a sign that the conflict may not be short-lived, the company said it would pay employees one month’s salary in advance to allow them to “stock up on essential goods.”

ArcelorMittal, which operates one of Europe’s biggest steel mills in central Ukraine, said it would slow production to “a technical minimum” and was stopping work at its underground mines. The company employs 29,000 workers and contractors in the country.

Cargill, the US agricultural giant and one of the largest foreign investors in Ukraine, a major wheat-producing nation, said it was “working to determine if there are disruptions or impacts to our operations in the region.” The company also has a large presence in Russia.

Other companies with substantial operations in Russia, including Airbus and Exxon Mobil, issued statements saying they were also bracing for the announcement of harsh new sanctions against the country by Western allies.