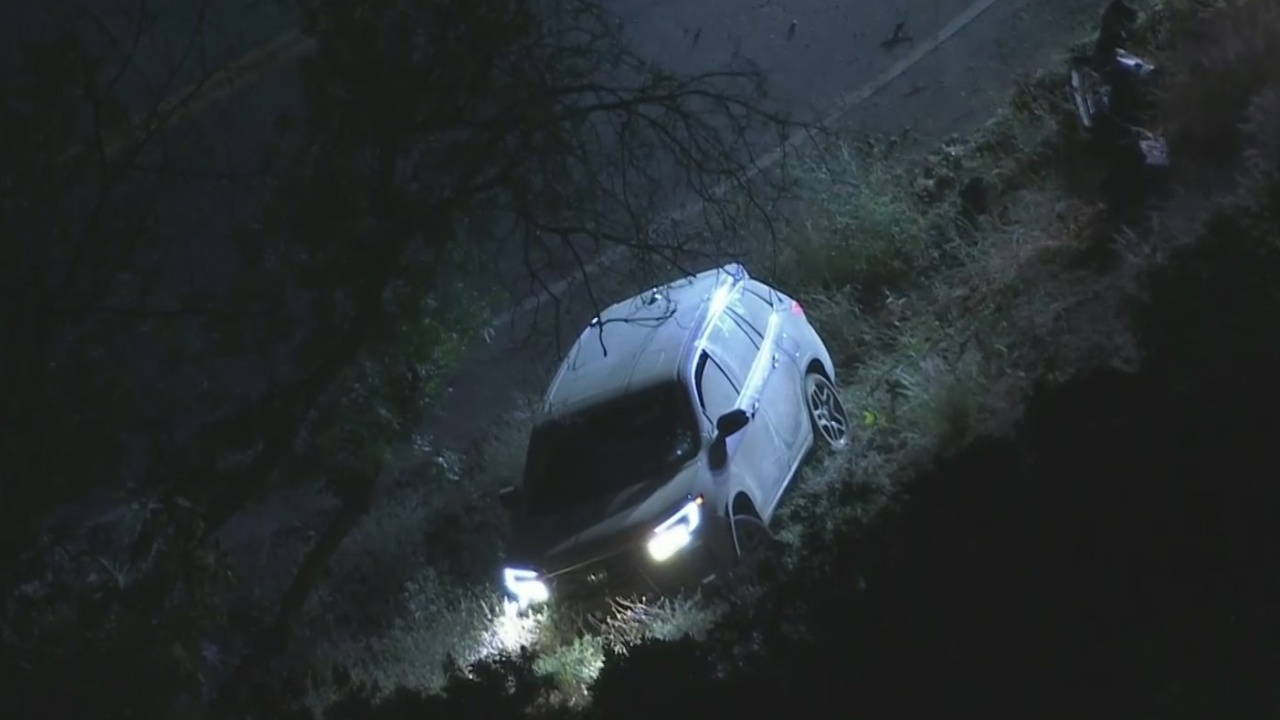 by: Travis Schlepp, with additional reporting by Gil Leyvas

Mulholland Drive in the Hollywood Hills was closed in both directions Tuesday night after a driver in a high speed pursuit crashed.

The crash happened around 9:50 pm on Mulholland Drive after the driver led law enforcement on a winding chase through the San Fernando Valley and at high speeds on the 101 Freeway.

Los Angeles police said the vehicle was believed to be stolen which led to the pursuit.

The driver lost control of the vehicle as it navigated a sharp turn with a law enforcement vehicle in close pursuit.

The vehicle went off the roadway where it became stuck or too damaged to drive.

Law enforcement officers at the scene spent more than an hour trying to get the driver to surrender.

The roadway was closed in both directions due to the crash as SWAT team arrived on scene as the driver repeatedly did not respond to police commands to exit the vehicle.

Video from Sky5 showed members of the SWAT team deploy tear gas inside the vehicle. Soon after, a second and third canister were deployed into the vehicle as the driver remained inside.

Members of the SWAT team then moved in on the vehicle and began breaking windows.

The driver was eventually removed from the vehicle and appeared to be unconscious. They were taken into custody and transported away from the scene in unclear medical condition.