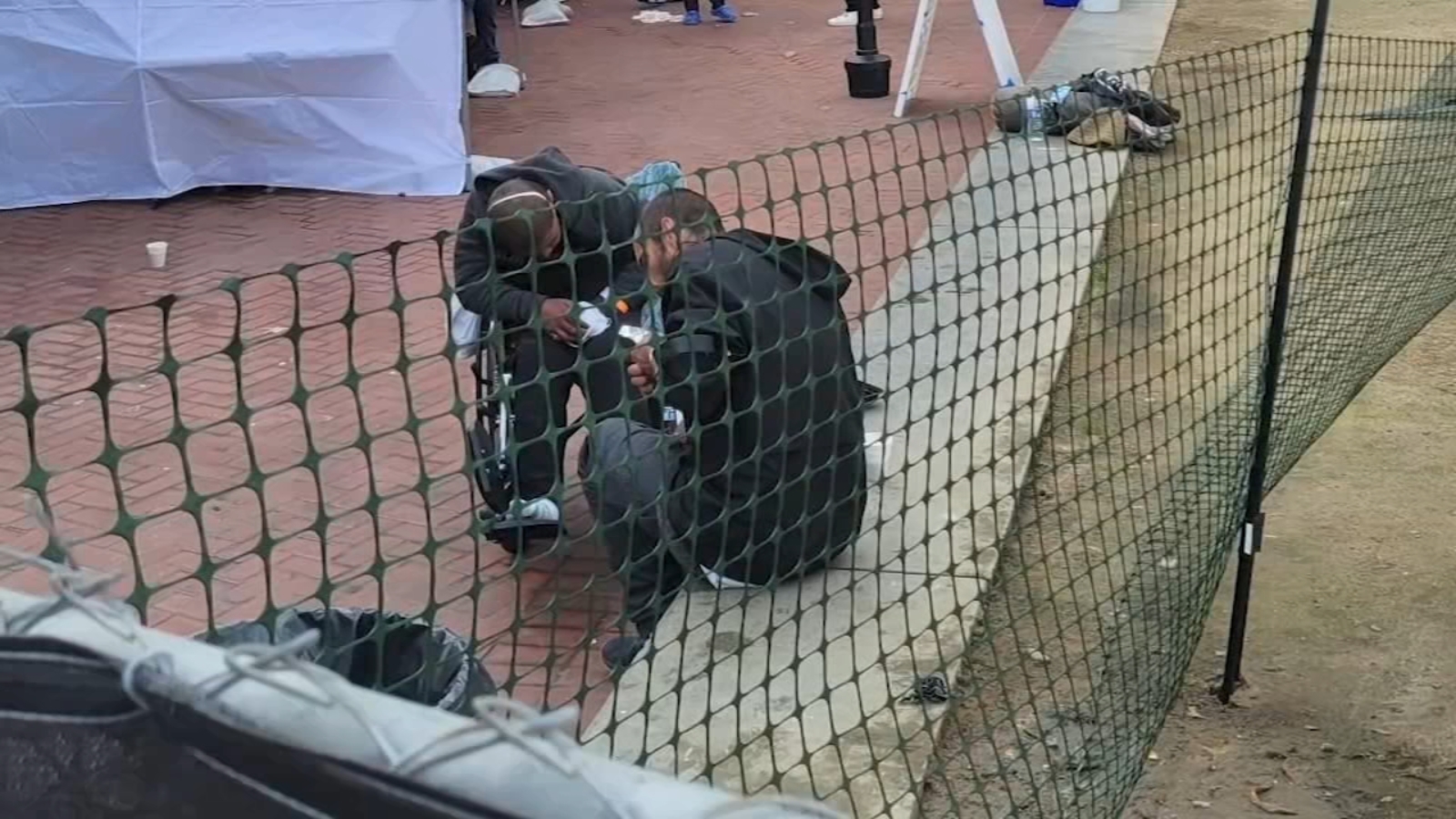 SAN FRANCISCO (KGO) – In the heart of San Francisco, a new center to provide resources to people struggling with drug addiction has heightened the debate over how to deal with the drug crisis.

A group of mothers are protesting the new Linkage Center at UN Plaza in the Tenderloin. They say the site may only be making the crisis worse.

“There is drug dealing going on in what is supposed to be a safe place, and there’s open drug use in the Linkage Center,” Michelle Leopold, one of the protesters, told ABC7 News. “And that is what we’re protesting.”

Leopold is part of the group “Moms Against Drug Deaths.” She lost her 18-year-old son Trevor to an opioid overdose in 2019 while he was a student at Sonoma State.

Leopold, along with a handful of other moms impacted by drug addictions, decided to speak out against the Linkage Center after seeing photos showing open drug use inside the site.

“A safe injection site cannot be inside a Linkage Center. They need to be two different topics,” Leopold said. “This is supposed to be a safe place to get help … but it makes it really hard to look for recovery when you have to pass your drug dealer on the way to that table, or if you have to pass people openly using drugs if you, yourself are looking for recovery. “

RELATED: 85% of SF’s drug arrests happen in the Tenderloin. Police explain why

The Linkage Center opened last month after Mayor London Breed declared a state of emergency in the Tenderloin. It’s meant to connect people who are homeless or dealing with drug addiction to short and long-term resources, including food, shelter, substance abuse treatment and vocational support.

In a statement, the San Francisco Department of Public Health responded to some of the concerns about open drug use.

The DPH said the staff has already reversed an average of three overdoses a week since the site opened three weeks ago.

Still, the “Moms Against Drug Deaths” are still skeptical.

“The enabling does not help anybody,” Cory, another mother who asked we only use her first name, said. Cory said she understands this first hand. Her son is currently addicted to fentanyl and is homeless living in the Tenderloin. She recently decided to stop bringing him food, blankets and money, like she had been from time to time. She felt she was enabling him, and she’s worried the Linkage Center will do that, too.

“You have to quit enabling them,” she exclaimed. “Giving them everything they need. Why would I ever leave?”