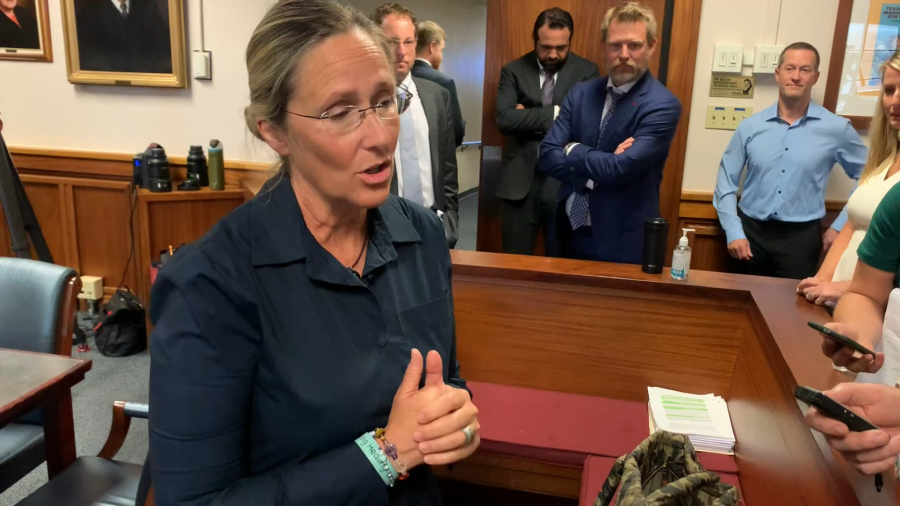 AUSTIN (KXAN) – Once the jury returned a verdict saying Alex Jones must pay an additional $45.2 million in punitive damages, the mother of one of the Sandy Hook victims spoke out.

Jesse Lewis was one of the children who died in the Sandy Hook shooting Dec. 14, 2012. His mother, Scarlett Lewis, said he stood up to a bully that day.

“He stood up to the bully—Adam Lanza—and saved nine of his classmate’s lives,” Lewis said, “and I hope that I did that incredible courage justice when I was able to confront Alex Jones.”

Lewis said she hoped parents choose love with their kids.

“Choose love with your kids—because you can,” Lewis said. “That means being present in the moment with them, looking into their eyes, giving them a hug and just moving from there—just every moment realize that you have a choice, and your choice is love.”

Lewis said when she got up on the witness stand, she looked at Jones and thought about Jesse.

“I’ve been so nervous—I think that was obvious before I faced Alex, but once I looked into his eyes, I realized that’s exactly what Jesse did to the shooter that came into his first-grade classroom,” Lewis said. “…We all have the capacity for the courage that Jesse showed, and sometimes it does take courage to choose love, but we all have that capacity.”