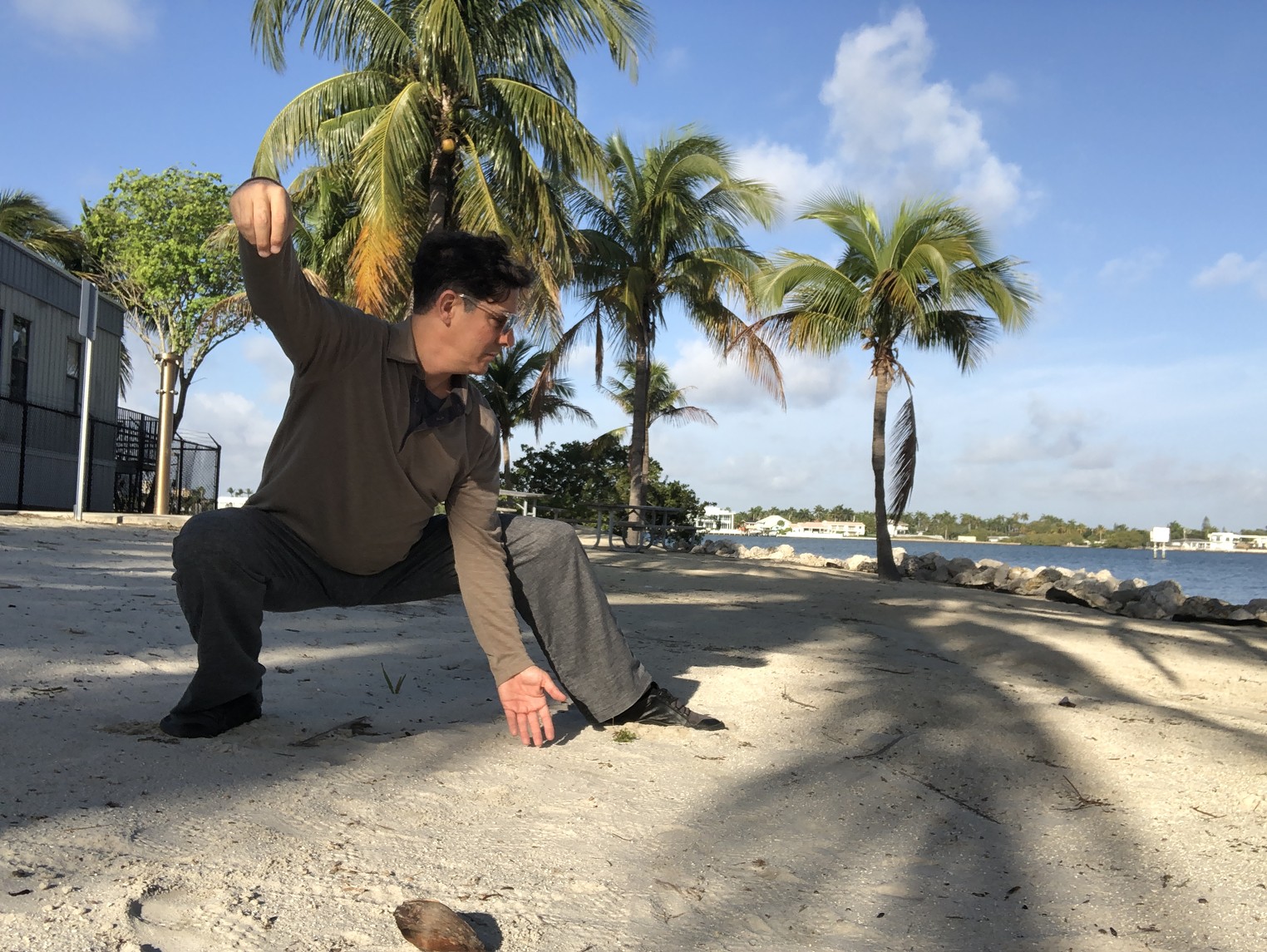 The art of tai chi is much more than you can put into words. In his book of proverbs, Wisdom for the WayBruce Lee says, “To me, ultimately, martial art means honestly expressing yourself.”

Today, the Chinese tradition, and one of the best-known martial arts, is practiced as a graceful form of exercise. Its benefits range from increased energy and stamina to decreasing stress, exercising the lungs, and improving flexibility and balance.

In China, over the past two years, tai chi has been used in treatment plans for mild cases of COVID-19. And in The Harvard Medical School Guide to Tai Chipublished in 2013, author Peter Wayne, an associate professor of medicine at Harvard Medical School, cites more than 600 academic papers on tai chi’s health benefits.

Xia Zhang, a Chinese language teacher at St. Brendan High School in Westchester and an instructor at the Strategic Language Institute at Florida International University, was born in China’s Shandong province. She began studying tai chi before moving from China to South Florida in 2012 and meeting her teacher, grandmaster Zhenglei Chen, at a workshop in Atlanta. Today, Zhang uses tai chi as part of her classes and St. Brendan’s Chinese Dragon Club.

“My teacher taught us to utilize the power of tai chi in our daily lives,” Zhang says. “Every time I teach tai chi at school, I can clearly see the benefits of tai chi in my students. Tai chi can reduce students’ stress and anxiety.”

Outside of St. Brendan’s, Zhang is president of the Chinese Language Teachers Association of South Florida and teaches free tai chi classes in the Brickell area and at David Kennedy Park in Coconut Grove.

“Compared with other regions in the US, the popularity of tai chi in South Florida still needs improving, but I can see the light and the hope,” Zhang says.

“I remember seeing a group of people outdoors by a stream in Boulder, Colorado, moving very slowly,” Pfeffer says. “It looked like they were all in another, slightly slowed-down dimension or underwater. I could not imagine what was going on, but they all appeared to be very still inside while they were moving and looked very peaceful. I asked my mom , ‘What is that ?.’ She told me that it was tai chi, and that was my introduction. “

The founder of Pelican Harbor Tai Chi, Pfeffer teaches weekly classes at the Miami Shores Community Center. He’s also an acupuncturist and teaches first-year acupuncture students at the Atlantic Institute for Oriental Medicine in Fort Lauderdale. In his practice, Pfeffer looks to connect the body and mind.

“Many explain that you can use tai chi practice to gain an embodied understanding of polarities, using the yin / yang symbol as a filter, to help reveal imbalances in our mind / body, even down into the subconscious levels,” he explains. “I recovered from numerous ailments when I was younger using tai chi. Perhaps even more importantly, I use my tai chi practice now that I’m older to better sense when I’m getting imbalanced, to prevent, or at least minimize, the effects of any stress-related illness. ”

With the attention focused on health during the pandemic has come an increased emphasis on the importance of physical activity as a part of a daily routine. In “Why Tai Chi Is as Good for You as Crossfit,” a Hour magazine article published in 2017, the aforementioned Dr. Wayne writes, “It’s like meditation on wheels. You’re getting all the cognitive pieces you might get from meditation – mental clarity and focus and positive thoughts and lower stress – but you’re also getting physical exercise.”

In South Florida, tai chi classes can be found through meet-up groups in Fort Lauderdale, at the Enchanted Forest Park (taught by Sifu Wong), and in a dedicated program at Kung Fu Connection in North Miami under master Rubio, where Pfeffer first studied when he moved to Miami.

“The tai chi community in South Florida is growing slowly in terms of the quantity of people, but more important than that is that it is growing significantly in the quality of the type of tai chi that people are practicing,” Pfeffer says. “Remember, tai chi is really an art that is concerned with refining principles like alignment, active relaxation, natural freer breathing, mindfulness. Forms and styles are just choreography, containers for us to explore and refine these very specific embodied qualities that, if diligently pursued over time, can create massive transformation in our body and mind.

“When open-minded tai chi practitioners come together to do form or ‘play’ – what some people call push hands or two-person drills – they can, just by touch and moving together, begin to transmit and refine these embodied skills from one person to another, “he goes on. “There’s nothing quite like the embodied transmission of this type of practice, where years of our habitualized stress patterns can dissolve in a moment.”

Says Zhang: “There are different types of practice in China. We normally recommend most tai chi beginners and elderly people to first practice tai chi warm-up stretching techniques, which are basic forms, relatively easy to grasp. Examples include Chen-style 18 forms, one of the most popular forms for beginners. Chen-style tai chi is the origin of the other main styles of tai chi. Over the last 100 years, it has been handed down from generation to generation with the same dedication of purpose. It has subsequently developed into the Yang style, the Wu (Jianquan) style, the Wu (Yuxiang) style, and the Sun style of Taijiquan. “

Zhang uses both music and tai chi to teach her students in her Chinese language classes.

In the Chinese Dragon Club, which has 100 members, Zhang has introduced her students to different elements of Chinese culture, including a recent celebration for the Chinese new year, the year of the tiger.

“Qi is the circulating life force whose existence and properties are the basis of much Chinese philosophy and medicine,” Zhang explains. “It is an imaginary thing which you can not easily understand without learning about the corresponding theories and accumulating hours of relevant practice.”

In addition to tai chi, some may be familiar with the practice of qigong.

“Qigong can be thought of as a movement you do for a certain situation, as opposed to tai chi form, which is a series of movements that work on the entire body in a flowing sequence,” Zhang says. “For example, qigong can be one move that helps open the lungs.”

During the pandemic, videos on YouTube showed Chinese medical staff practicing qigong and tai chi with COVID patients in Wuhan.

“I find the health benefits of tai chi to be consistent with the wisdom espoused in the Yellow Emperor’s Classic of Medicine, written over 2,000 years ago, “Pfeffer says.” In the old days, the sages treated disease by preventing illness before it began, just as a good government or emperor was able to take the necessary steps to avert war. Treating an illness after it has begun is like suppressing revolt after it has broken out. If someone digs a well when thirsty or forges weapons after becoming engaged in battle, one can not help but ask: ‘Are not these actions too late?’ ”

In the words of Lao Tzu from the Tao Te Ching“A journey of a thousand miles begins with a single step.”