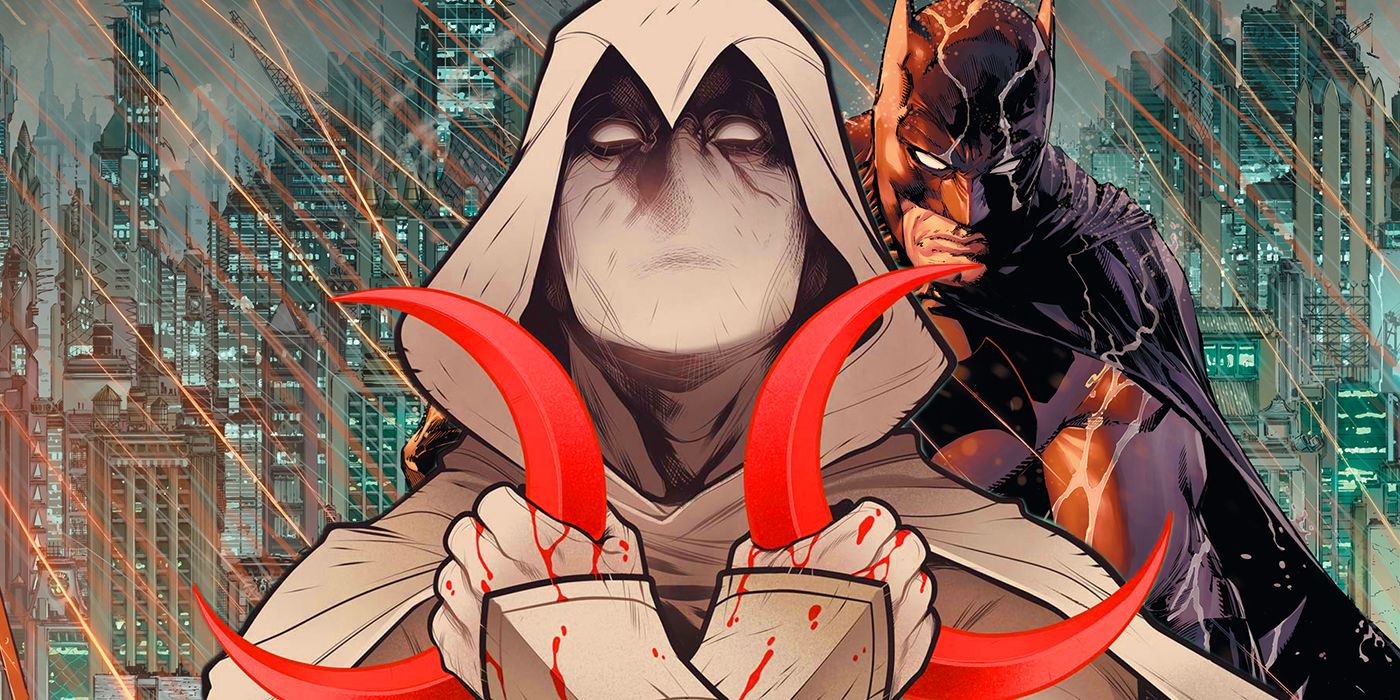 In a new piece of super suave fan art, Moon Knight, Black Knight and Batman come together for the first time in a highly unique fashion.

In a piece of super suave fan art, Moon Knight, Black Knight spirit Batman join forces for the first time. This unlikely team, dubbed “the Knights” as a play on their names, is the creation of Dan Hipp, the artistic director for Teen Titans Go. In addition to playfully referencing the heroes’ names, the piece highlights some of the similarities these seemingly disparate heroes share — as well as featuring them dressed to the nines!

Comic fans the world over know Batman, while Moon Knight and Black Knight are entering the mainstream thanks to their appearances in the Marvel Cinematic Universe. Black Knight, played by Kit Harrington, first appeared in last year’s Eternals, as the love interest of Sersi; although he did not don the Black Knight mantle in the film, it still hinted at his history and lineage. Likewise, Moon Knight, to be played by Oscar Isaac, will star in his own upcoming Disney + show. Fans have been clamoring for Moon Knight in live-action, and the first trailer quickly garnered over a million views. With this kind of exposure, Moon Knight and Black Knight are set to join the Dark Knight in the hearts and minds of comic fans the world over, and a new piece shows the three coming together in the most unique way.

In a Tweet, artist Dan Hipp shared the piece, prefacing it by saying “Mr Knights” —a reference to one of Moon Knight’s personas. The picture shows the three standing side by side. However, instead of being poised for battle, the three are dressed up in suave outfits. Black Knight is wearing a trench coat with a vest, shirt, and tie; he is using his sword as a cane. Next to him, in the center, is Moon Knight, dressed in a plaid variant of his Mister Knight persona. Finally, on the right is Batman, also wearing a plaid dress suit. The piece has been a smash hit with fans, garnering nearly 5,000 likes and almost 700 retweets.

At first, this combination might seem a little off, but a deeper look shows these three have much in common, beyond the names. Both Moon Knight and Black Knight are known as excellent fighters, but both are also known to have deep personal and psychological issues that sometimes hinder them; much of the same can be said about Batman. In their civilian identities, these three heroes are projected as suave and debonair, and their styles of dress in Dan Hipp’s fan art shows this.

For the first time in comics history, Moon Knight, Black Knight, spirit Batman come together in a suave piece of fan art that pokes gentle fun at not only their names but their personalities as well.

Shaun Corley is a pop culture enthusiast living in the Pacific Northwest. After stints in both customer service and academia, he turned his attention to writing about comic books – his lifelong passion. He is a graduate of Radford University, with a degree in English. When not reading comics, he enjoys spending time with his fiance and their dog.