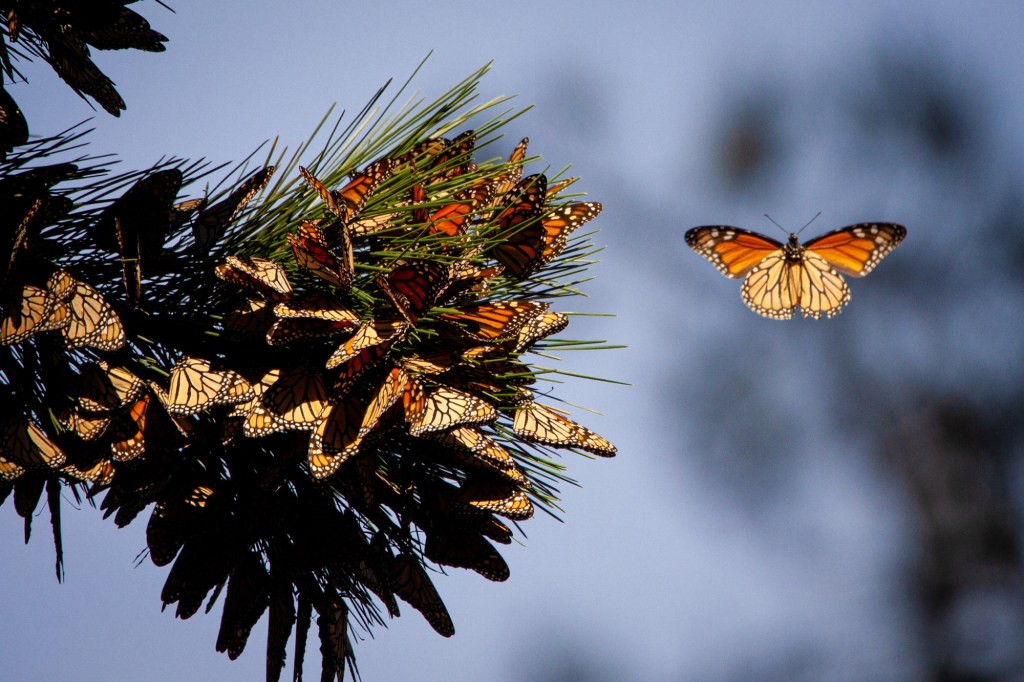 PACIFIC GROVE — The number of butterflies is making hearts flutter as both visitors and researchers are excited to see more monarchs returning to Pacific Grove.

“It’s breathtaking. It’s beautiful,” said Natalie Johnston, the volunteer and community science coordinator of the Pacific Grove Museum of Natural History. “The monarchs are visible on trees close to the pathway, which is a lovely sight to behold.”

During last year’s Thanksgiving count, the museum counted 14,025 butterflies at the sanctuary.

For the count, volunteers and researchers tally up all the monarchs from different sites along the West Coast.

This year Johnston and her team of over a dozen volunteers counted the monarchs at the sanctuary. But it is constantly changing.

Three weeks ago, in early November, Johnston and her team counted under 13,000 butterflies at the sanctuary. There were reports of monarchs clustering in Moss Landing, Andrew Molera State Park and other locations throughout Monterey County.

“When we started officially counting for the Western Monarch Thanksgiving count, we found no monarch butterflies at Moss Landing …” said Johnston. “Then there was a big spike of 14,700 at the monarch sanctuary.”

Johnston says the other spots could have been temporary stops for the butterflies before fluttering down at a wintering location.

“We don’t have the monarchs tagged or anything,” said Johnston. “So we can’t say exactly what’s causing them to go from one site to another.”

The Museum will continue to count and monitor the monarchs each week, with the following count for Xerces will be during the New Year.

If you want to be updated on the weekly counts, visit https://www.pgmuseum.org/monarch-viewing.