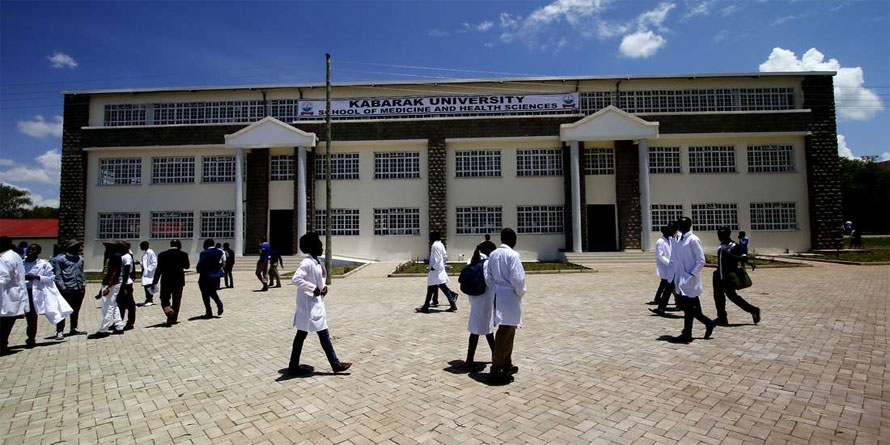 According to regulatory filings received by the National Environmental Management Authority (Nema), the mega-hospital will offer premium services and also host a top cancer treatment center besides acting as a research and training center for health professionals in the East Africa region.

The Kabarak hospital is expected to be completed in under three years according to filings from the date approvals are given.

“The proposed development will be located on LR. No block 10/1920 opposite Kabarak University gate 20km from Nakuru town,” said the varsity in the filings.

The plans by Kabarak varsity to build the hospital had been in the pipeline for a decade now.

Canadian firm Minaean SP Construction Corp. revealed details of the planned hospital in regulatory filings last year as it announced its expression of interest for the construction of the project had been accepted alongside other bidders.

“The value of the EPC contract is estimated to be approximately $ 257 million (Sh28.1 billion). A Strategic Partnership Agreement is anticipated to be negotiated and signed between the two organizations for in-depth involvement in the full execution of the project with others contracts to follow. “

Because of its location in the Rift Valley, the new Kabarak hospital is targeted to ease pressure on the few public hospitals that offer cancer treatment, including Nairobi’s Kenyatta National Hospital where machines have in the past broken down, hurting patients.

The new hospital will add to the growing list of private hospitals being put up targeting to offer specialist health care.

The Moi family controls a vast business empire whose business interests range from media, education, transport and logistics to hospitality.

Kabarak University was founded in October 2002 by late President Moi to meet the demand for higher education in Kenya and offer quality education.

ALSO READ: Moi allies due to get Sh390m more for Transnational

Moi was Chancellor of Kabarak until his death. The varsity, which occupies 600 acres, offers various courses in Business, Theology, Science, Engineering, Technology and Education.

The Kenyatta National Hospital then said the planned 300-bed facility that would stand on 3.6 acres would be developed under a design, construct, equip, finance, operate and maintain model within the next five years. Currently, KNH has 2,000 beds.

KNH has a private wing where doctors run their clinics but have to go to private hospitals to attend to other patients.