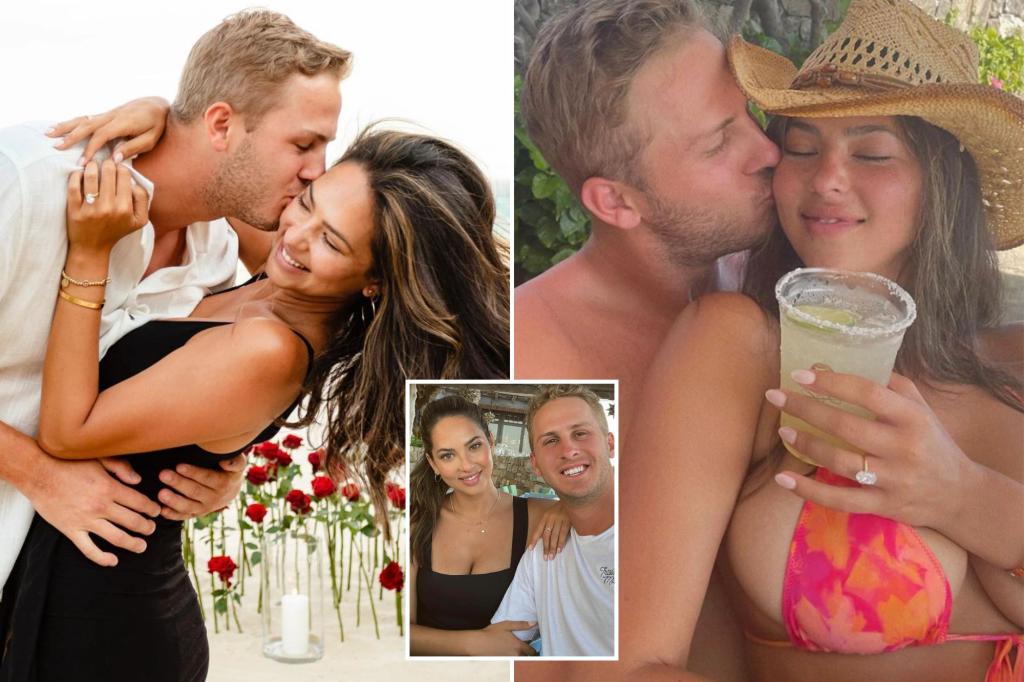 Taking to Instagram on Tuesday, the Sports Illustrated Swimsuit model shared a collection of photos from her celebratory weekend at the El Dorado Golf and Beach Club in Mexico.

“Still on cloud 9 from the best weekend of my life,” Harper gushed into the caption.

One photo featured the newly engaged couple cozying up in a chair while another showed Goff, 27, and Harper holding hands as they walked into a restaurant.

Harper, a Sports Illustrated Swimsuit rookie who appeared in the 2022 issue, revealed Sunday on social media that Goff popped the question last week after about three years of dating.

“6.16.22 can’t wait forever with you,” Harper shared alongside an intimate video of the couple kissing.

Goff, who was first linked to Harper in early 2019, posted a special message of his own Tuesday following the engagement.

“I’m the luckiest guy in the world because I get to spend forever with you. I love you @christenharper, ”he wrote.

Goff is currently preparing for his second year with the Lions after being traded to Detroit by the Rams in January 2021. He played the first five seasons of his career with the Rams, who selected him first overall in 2016.