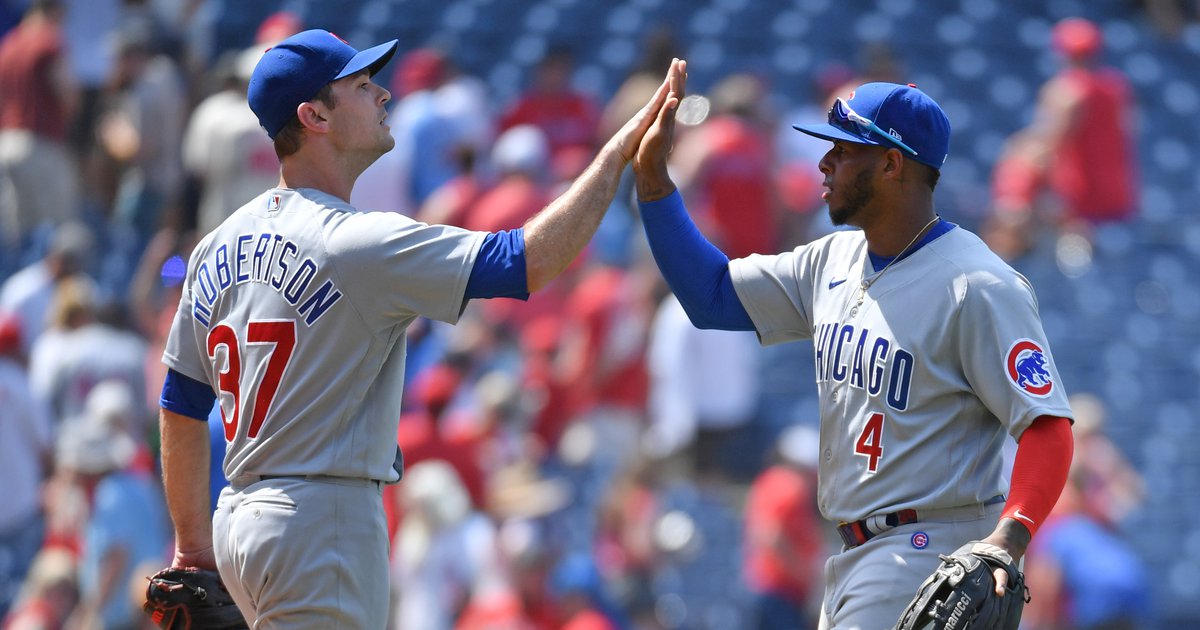 The August 2 trade deadline approaches and the Phillies approach it with needs all over the roster, which were only made more glaring following an ugly sweep by the Cubs.

Help is on the way as Bryce Harper and Jean Segura try to work their way back from injury, but their returns alone may not be enough.

But it is an indication of what they still lack.

If the Phils are going to make the postseason for the first time since 2011, they’re going to need pitching, fielding, and some extra firepower at the plate too.

Luckily, it looks like there will be plenty of options to work with, and our own Evan Macy already looked at the prospects who could be used as trade chips to get one or two of them.

Here are a few names that are rumored to be available…

Back at the end of June, Benintendi was mentioned as a name to watch around the Phillies city MLB Network’s Jon Morosi. The 28-year old, who just received his first All-Star nod, is hitting .317 with a .785 OPS, but doing so in the final year of his contract with a Kansas City team looking towards the future.

As a rental, Benintendi would bring a solid bat and reliable glove into an outfield that has been desperate for dependable fielding.

He also has a connection to team president Dave Dombrowski, both were a part of Boston’s 2018 World Series run, but recent buzz is that the Yankees are in the mix as “serious contenders,” per MLB.com’s Mark Feinsand.

Boston is at .500 and only three games out of a Wild Card spot, but look at the rest of the AL East then look at the Red Sox. The finish to the 2022 season isn’t their endgame.

and if you put the ball in play against them the odds are you’re going to have a good time pic.twitter.com/pGeYipo4Pm

Like Benintendi, Martinez is also on an expiring contract, and at 34, is still a highly productive bat that can fetch value for the Red Sox on the trade market. The four-time All-Star is hitting .302 with nine home runs, 30 doubles, and an .849 OPS this season, and would come in with tons of postseason experience under his belt.

Martinez can play the outfield but is primarily a DH, which is Harper’s spot in the lineup once he comes back. Granted, a good bat is a good bat, and Dombrowski’s mantra for the Phils’ defensive woes the whole summer has been that they don’t have to be great, just good enough to get by.

If there’s confidence that Martinez can work, however, the Phillies could be competing in a market with the rival and division-leading Mets.

This one’s more of a longshot, but Bogaerts can opt out of his contract after this season, and with the Phillies in ‘October-or-bust’ mode, he would be an established star presence at short — a definite upgrade over Didi Gregorius and perhaps a move that can buy time for Bryson Stott.

Bogaerts is batting .313 with seven homers, 24 doubles, and an .831 OPS. Boston dealing him at the deadline isn’t a lock, and there will probably be a high asking price, but at the same time, this is the same team that dealt Mookie Betts out of nowhere.

With the Cubs in a full rebuild, there were a handful of names to keep an eye on at Citizens Bank Park this past weekend, and Happ was one of the bigger ones.

The 27-year old has had a resurgent year in Chicago, earning his first All-Star appearance with a .279 batting average and .807 OPS, and would be a nice boost for any team eyeing October.

Several of these names have been on our own radar since the beginning of June, and with uncertainty around Ranger Suárez and Zach Eflin, the Phillies could benefit from adding another solid arm to the middle of the rotation.

A couple more starters have been added to the list of potential options from last month, but all are believed to be on the trading block with their current teams either rebuilding or, in Oakland’s case, trying to keep costs down.

There are a number of relievers available across baseball, and while the Phillies’ bullpen has been a bit better compared to the past couple of years, that still isn’t saying much. They’re going to need all the reinforcements they can get.

A few names in particular…

The Phillies don’t have a reliable closer right now, and for a postseason run, they’re gonna need someone who can shut it down in the ninth. And as crazy as it sounds, a reunion with David Robertson might be one of the best bets.

The 37-year old righty has saved 14 of 19 opportunities in Chicago this season, and has not allowed a run in his last four appearances, including a shutout ninth of the Phils on Sunday.

Like Robertson, Bard is another reliever up there in age but has been closing out games easily. He’s converted on 20 of 22 save opportunities, doing so with a 1.96 ERA and a 1.01 WHIP.

Despite the Cubs’ struggles this season, he’s been a consistent arm out of the bullpen and could continue to be in Philadelphia.

Peralta was one of two Tigers relievers we listed as options last time and can still be a boost to the Phillies’ pen. The veteran righty has a 2.16 ERA and a 1.41 WHIP through 23 appearances and 33.1 innings pitched.

Look, I won’t waste too much time here, because the reality is both have about a 0.001% chance of happening. But with Juan Soto apparently out there and the Angels rumored to be taking calls about Shohei Ohtani, you at least have to call and check, right? (Unless you’re Chuck Fletcher)