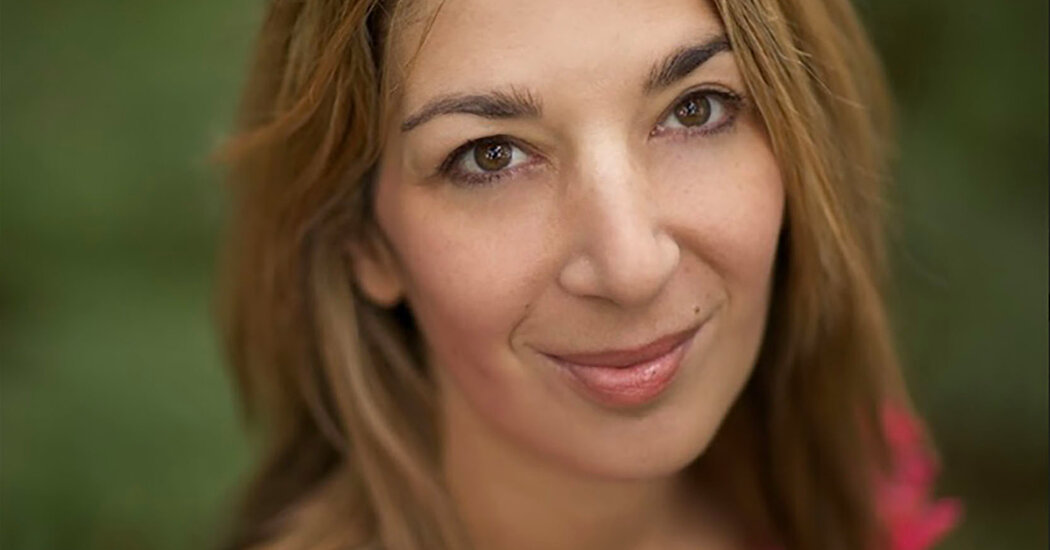 The death was confirmed by her partner, Andy Holden, who declined to specify the cause.

“She pushed the boundaries between electronic music, classical music and art in a truly unique way,” her label, Warp Records, said in a statement.

Ms. Calix’s projects included solo albums, collaborations and numerous singles, EPs, productions and remixes; music for the Royal Shakespeare Theater’s 2017 stagings of “Julius Caesar” and “Coriolanus,” and a 2003 piece, “Nunu,” that brought together the London Sinfonietta, Calix’s electronics and a cage of live cicadas and crickets, amplified and shown on video screens.

“I like trying to change somebody’s day,” she told the music and cultural website The Quietus in 2012. “I like people coming across something with no expectations. They do not care who made it. They have not gone and bought a ticket, so it’s not about being reverential. People can just wander by. ”

Among her free installations were “Nothing Is Set in Stone,” an egg-shaped stone monolith in London that used sensors to respond to visitors’ motion with music. Another was “Passage,” a permanent installation in a train tunnel in Bath that was converted into a bicycle and pedestrian path with interactive lights and sounds. “Inside There Falls” was a hangar-size paper sculptural environment in Sydney, Australia, accompanied by music and dancers. And “Moving Museum 35” was a traveling sound installation on a city bus in Nanjing, China.

Although her pieces often employed classical musicians and singers, Ms. Calix was not a traditionally schooled musician. She became a composer by working with computers and samplers. Her music often drew on the repetitions of Minimalism and dance music, on field recordings of rural and urban sounds, on trained and untrained voices, and on layered snippets and fragments.

“I wanted to put air in electronic music,” she told Interview magazine in 2015. “I record the sounds of twigs, barks, and stones. I’ve always been obsessed with the idea of ​​combining the natural and the man-made. That juxtaposition is truly beautiful. The question of what is natural and unnatural is very open. ”

Although her music has often been described as experimental and avant-garde, she insisted that it spoke to ordinary listeners. In a 2012 video interview, she said: “People like the weird stuff. People like abstraction. People like magic, and those are the things that motivate me to make work. ”

Mira Calix (pronounced Mee-ra KAY-lix) was born Chantal Francesca Passamonte in Durban, South Africa, on Oct. 28, 1969, to Gabriele and Riccarda Passamonte. She studied photography but was an avid music fan, and with South Africa isolated by anti-apartheid sanctions, she moved to London in 1991 to have direct contact with its music scene. She got a job in a record shop, Ambient Soho; she booked clubs and parties, including events with a collective called Telepathic Fish; and she began working as a disc jockey.

In 1993, after a job with the indie-rock label 4AD, Ms. Calix became the publicist at the also independent Warp Records, which specializes in electronic music. Meanwhile, she began constructing her own electronic music with an early Mac computer and a sampler.

“The only thing that has really influenced what I do is lack of money,” she told Computer Music magazine in 2012. “I could never afford sample packs and expensive synths, so I looked for organic found sound instead. It’s funny, isn’t it? Being short of money limited the music I could make, but it also meant that I discovered my own sound. ”

Ms. Calix married Sean Booth, a fellow musician, in the late 1990s, and they separated in the mid-2000s. In addition to Mr. Holden, she is survived by her mother and her sister, Genevieve Passamonte.

Executives at Warp Records heard her music and signed her to the label in 1996. She chose to record under the name Mira Calix after it “kind of appeared,” she told Red Bull Music Academy in 2003.

“I wrote it down, and it looked good,” she added, “and I really like phonetics. It sounded really nice, and it sounded like a nice person. ”

The A-side of her first release, the 10-inch vinyl single “Ilanga,” was “Humba”; it ended with a looped vocal repeating, “Do the things that people say you can not.”

Her recordings for Warp were adventurous and unpredictable. They could be noisily propulsive or meditative and ambient, sparse or densely packed, raucous or elegiac. She also toured as a disc jockey alongside groups including Radiohead, Autechre and Godspeed You Black Emperor!

But her interests largely turned to multimedia works and site-specific installations, often in collaboration with scientists and visual artists. “I like to create the space in which the music exists, and then you step into it,” she told the website Spitfire Audio.

“Chorus,” installed in Durham Cathedral in northern England in 2009, had speakers swinging on pendulums overhead, using customized software to control more than 2000 sound samples interacting with lights and movement. Her 2013 work “The Sun Is the Queen of Torches” grew out of a collaboration with a lab that created organic photovoltaic – light-sensitive, electricity-generating – materials. “Ode to the Future,” in 2018, was based on ultrasound images from pregnant volunteers.

Her final album, “absent origin,” was released in 2021. It was a complex collage of her past and her ambitions. She drew from years of material she had saved on her hard drive: beats (including using her body for percussion), nature recordings, previous sessions with classical musicians, favorite songs and poetry, and preserved news footage, including CNN’s coverage of the Jan. 6 insurrection.

They all became material for song-length, sometimes danceable tracks holding messages of feminism and resistance: exploratory, playful and unpredictable.

“The challenge in my work is to engage my audience emotionally, and music is an abstract art form,” Ms. Calix said in a 2013 TED Talk. “I can not tell my audience how to feel. I need to coax them and guide them and hopefully draw them in. ”