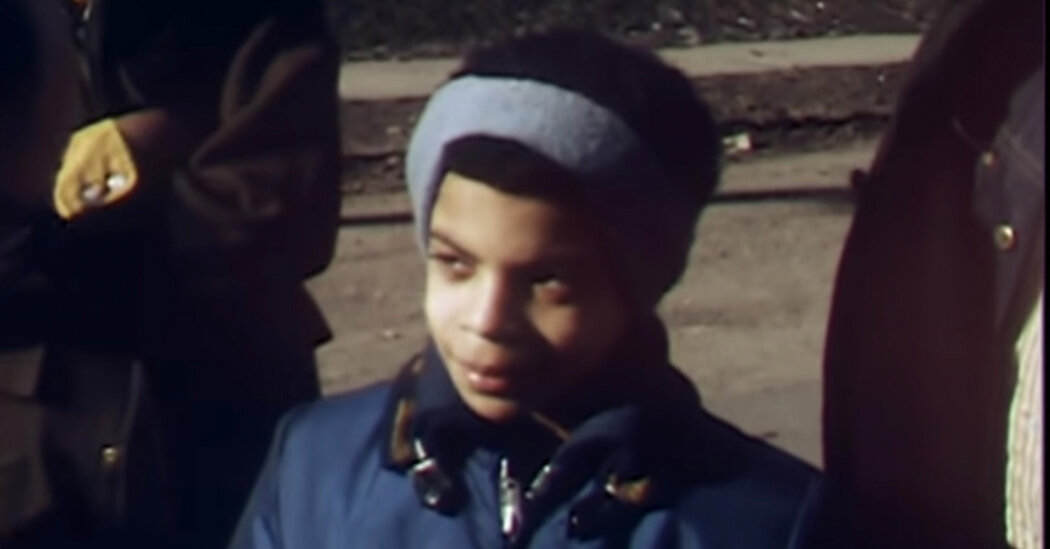 Finally, a historian who had researched Prince’s childhood helped connect Mr. Wagner with Terrance Jackson, who had grown up with him. Mr. Wagner played the clip for him and Mr. Jackson immediately recognized the boy as Prince.

Short as the interview is, it gives context to the causes Prince would later support, such as public education, labor rights and fair compensation for artists, said Elliott H. Powell, a professor of American studies at the University of Minnesota who teaches a course on Prince.

The interview with the young Prince was conducted in north Minneapolis, a predominantly Black part of the city where young activists led uprisings in the 1960s protesting police brutality, the harassment of young Black people in white-owned businesses, and commercial development that was decimating the neighborhood, Professor Powell said.

“Prince is growing up in that environment and seeing the impact of Black youth activists,” he said.

Its discovery buoyed current teachers, who played “Purple Rain” during one of their ralliessaid Greta Callahan, president of the teacher chapter of Minneapolis Federation of Teachers, Local 59. After a strike lasting nearly three weeks, the union reached an agreement with the district late last month.

“There were a lot of, ‘Of course, Prince supported the strike!'” Callahan said in an email.

And it was almost lost, Mr. Liddy said.

Many of the station’s old news reels, which were contained in metal canisters and stored on shelves in the basement of WCCO’s former headquarters, were destroyed when a water main burst and flooded the basement around 1981, said Tom Ziegler, a former editor at the station who retired in 2012.

When the station moved to its new location around 1983, he said, he and other employees learned that someone had started throwing away the remaining tapes.