Mindy Kaling Says There’s No Way The Office Could Be Made Today Because It’s So ‘Inappropriate’! 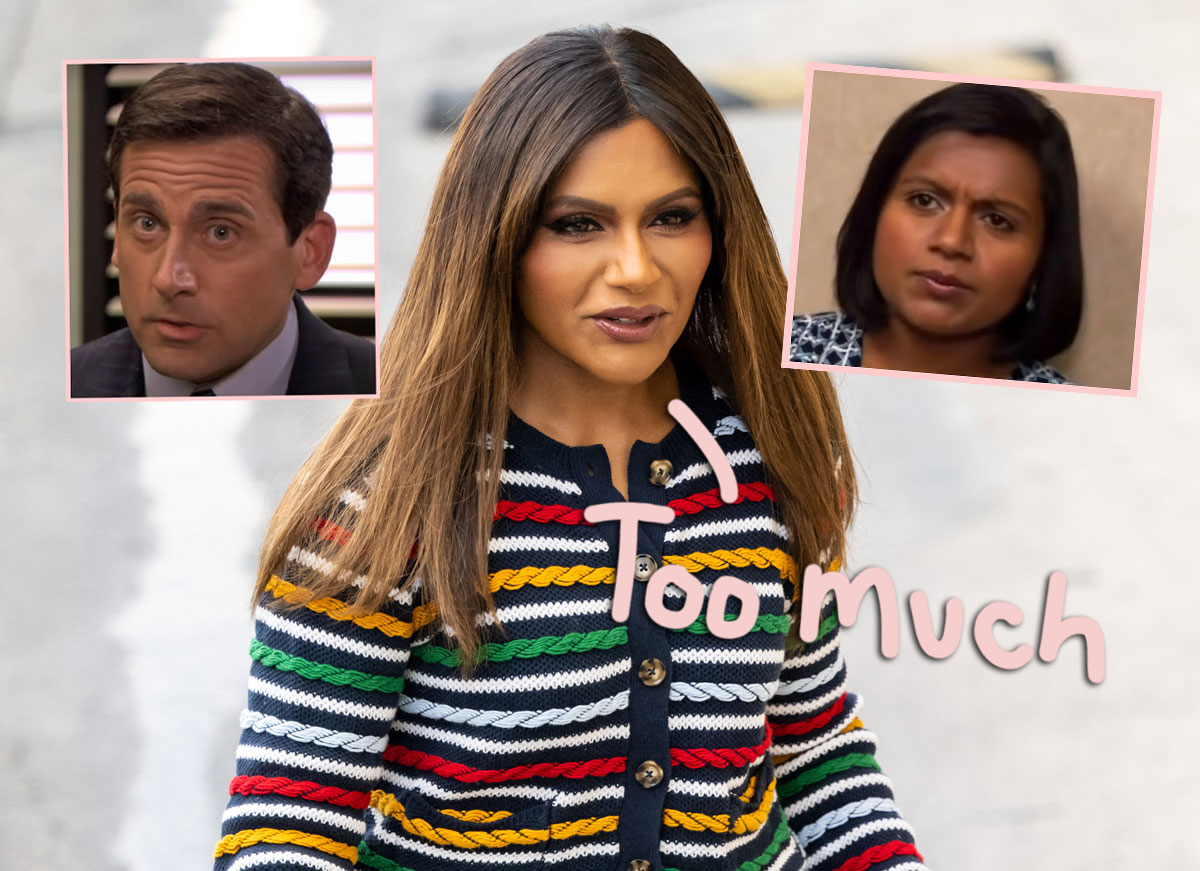 If you’re holding out hope for a reboot or revival of The Office, this pretty much confirms that’s never gonna happen. Sorry to break it to ya!

Mindy Kaling recently sat down for an interview on Good Morning America and she revealed some hot takes about the popularity of the sitcom — and why she doesn’t think it would stand a chance if it were to be made today! When asked when she plans to introduce her young children to the show, Mindy (who starred as Kelly Kapoor and was a writer on the series) shut down the idea, laughing:

“That show is so inappropriate now.”

Related: John Krasinski NOT Happy Fans Of The Office Think Jim Was The Villain!

Elaborating on her thought process — and pretty much bringing an end to speculation of a reboot at the same time — the screenwriter explained further:

“The writers who I’m still in touch with now, we always talk about how so much of that show we probably couldn’t make now. Tastes have changed, and honestly what offends people has changed so much now. I think that actually is one of the reasons the show is popular, because people feel like there’s something kind of fearless about it or taboo that it talks about on the show.”

Hmm. So, it’s too inappropriate to make today but exactly what viewers want to rewatch as well?! What a conundrum! When asked what her pop culture-obsessed character would be up to in a 2022 version of the series, the 43-year-old comedian added:

“I think she would have quit Dunder Mifflin to become an influencer, and then probably be canceled, almost immediately. Actually, most of the characters on that show would be canceled by now.”

The American version of The Office ran for 9 seasons and 201 episodes on NBC from 2005 to 2013. Despite being off the air for nearly 10 years now, the show has continued to find new fans and hasn’t slowed down in popularity AT ALL. But this doesn’t mean people behind the scenes want to relive the past. In 2018, Steve Carell told Collider he would NEVER do a reboot, explaining:

“The show is way more popular now than when it was on the air. I just can’t see it being the same thing, and I think most folks would want it to be the same thing, but it wouldn’t be. Ultimately, I think it’s maybe best to leave well enough alone and just let it exist as what it was.”

It’s like they always say, if it ain’t broke, don’t fix it! The 40-Year-Old Virgin star went on to insist a reboot would probably just let fans down because they could never recapture the magic of the OG, saying:

He has a great point! It would be a major disappointment to ruin the show’s legacy with a bad reboot, too! Just like Mindy, he’d prefer to let the series be, which is probably the smart thing to do. To hear more of Mindy’s take on The Office, check out her full interview (below)!

Do U agree?! Is it too inappropriate to make today? Sound OFF (below)!

Farewell to RSNA 2022: Did We All Have an “Intelligent” Time?


The people who hate Sam Bankman-Fried the most