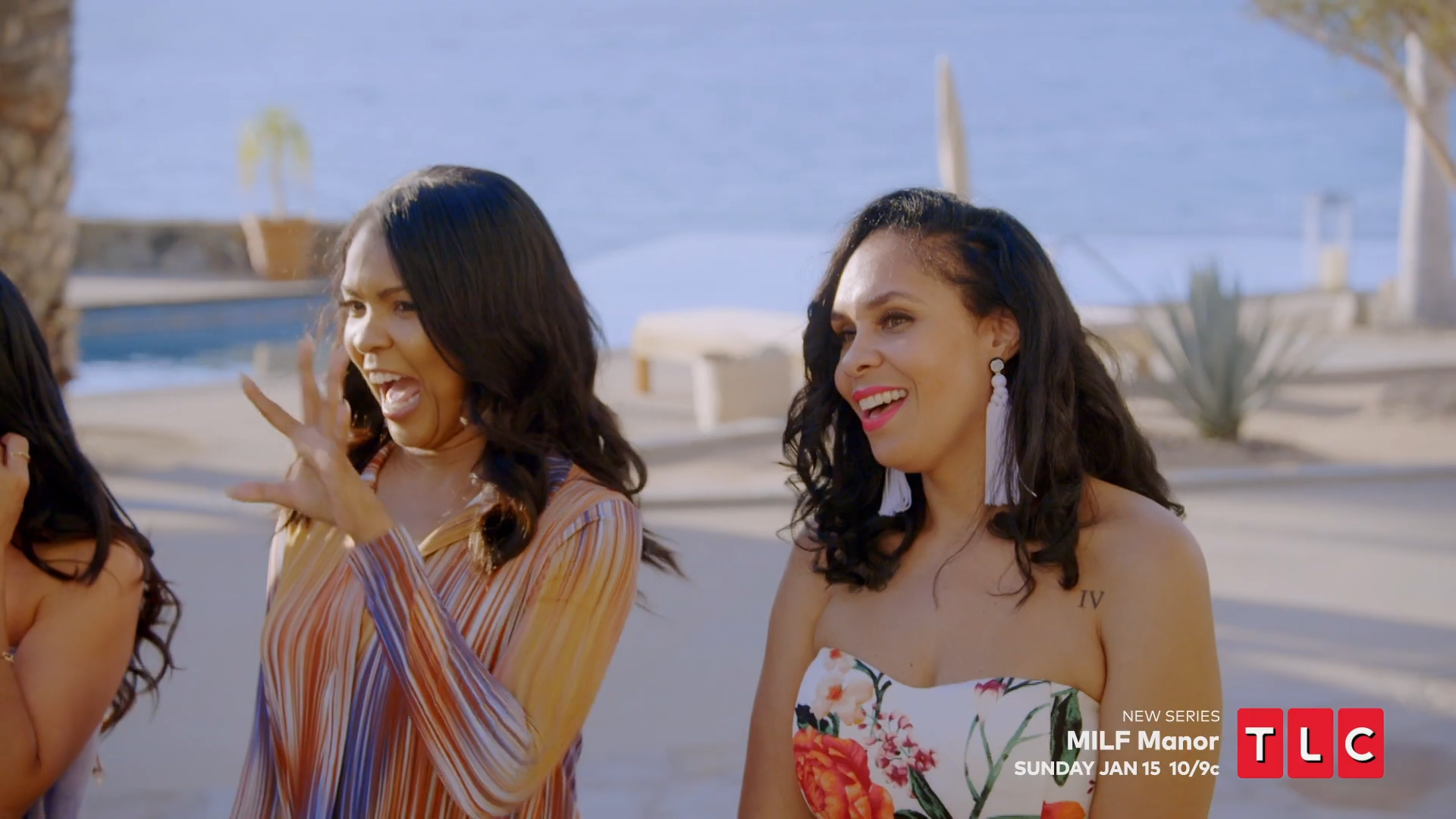 For years, people have joked that The Masked Singer sounds like one of the fake shows that would have been a running joke on 30 Rock. It wasn’t, but that was its vibe.

This new, very real series follows a group of hot middle-aged women who are not merely desirable, but seem to be cougars.

But the array of young, hot, fit younger men contains a surprise. Many viewers immediately guessed what it may be.

Though they hail from cities across the United States, they are staying at a tropical villa in Mexico.

The eight women in question have decades of experience in relationships.

For some, that means lengthy marriages that have since come to an end.

And for others, that means a lot of dating experience. They are, in theory, women who know what they want.

There are more than MILFs hanging out at this scenic location in Mexico, however.

The show boasts an array of hot young men. Guys with significantly less dating experience, because they are about half the age of the women.

The trailer does not really show any of the faces of these prospective cougar cubs. Instead, we see abs, tiddies, and what we will diplomatically call “yum gutters” flowing into low waistlines.

These eye-catching displays don’t tell us much about the personalities involved.

And it’s not yet clear if the young studs’ personalities are going to matter much.

The women, however, are another story. A month ahead of the premiere, we already know bits and pieces about them.

One of the ladies is a highly competitive 47-year-old owner of a fitness studio. She is currently living in Miami.

Then there is a 50-year-old from Orange County who describes herself as both spontaneous and as a “disco mommy.”

A 44-year-old Jersey girl who is currently living in LA is also part of the cast.

Meanwhile, a 59-year-old fitness instructor and singer is actually from Los Angeles.

There is also a 50-year-old event planner who once worked as a B-Girl.

The trailer, which you can watch and enjoy below, includes plenty of the usual reality TV antics.

We don’t know the personalities involved yet, so this is truly just a teaser.

Interestingly, there does seem to be an undisclosed “twist” during the trailer.

Teasers like this rob us of all context, but it appears that the show’s reveal of the men takes at least some of the women aback.

We don’t know why some react with shock, or declare that things are now “serious.” Again, we do not yet have context.

However, a slew of social media denizens immediately spun the same theory upon seeing this teaser.

What if one (or more!) of the MILFs turned around to find that the slew of hot young studs includes her own son? Surely casting could have sussed this out with at least one or two families without alerting anyone.

This is just wild speculation thus far. But as someone who also considered the idea, it seemed worth mentioning that so many others were on the same page.

The concept reads like a parody — one made by someone who thinks that reality TV is fundamentally ridiculous or maybe even bad.

In fact, it’s not “like” a parody. There is already a parody with a similar name and a virtually identical premise.

Apollo truly did not miss when yeeting the gift of prophesy at the 30 Rock writers.

This summer, we saw catastrophe begin to unfold after Discovery purchased Warner Bros. It seemed almost like a callback to Sheinhardt Wigs purchasing NBC on 30 Rock.

(For international readers, eighth grade in America is the final grade of middle school — such boys would be 13-14 years old)

But the comparisons between this very real reality series and the 30 Rock parody all but write themselves.

It is likely that TLC is running with this show because it should appeal to a crossover demographic: 90 Day Fiance viewers and Real Housewives fans.

And yet … people cannot help but wonder if someone suggested the show in a meeting, as a joke, but no one caught the 30 Rock reference. If so, perhaps it spun out of control until this came to be.