Lorne Michaels to Executive Produce Special, Which Will Also

NBC will ring in the new year with the second iteration of “Miley’s New Year’s Eve Party,” hosted by multi-platinum selling recording artist Miley Cyrus, who will be joined by co-host and global superstar Dolly Parton.

The star-studded event, to be executive produced by “Saturday Night Live” creator and EP Lorne Michaels, will feature an A-list lineup of musical performances and special guests to be announced.

“The inaugural ‘Miley’s New Year’s Eve Party’ was an unqualified success and we know this year’s show will be just as spectacular, with plenty of surprises and lots of fun,” said Jen Neal, Executive Vice President, Entertainment Live Events, Specials and E! News, NBCUniversal Television and Streaming. “We can’t wait to get the party started.”

Last year’s “Miley’s New Year’s Eve Party” was the #1 most social entertainment special across all of TV in 2021 (excluding awards) and delivered NBC’s best NYE viewership in both the 18-49 and 18-34 demos since 2014. 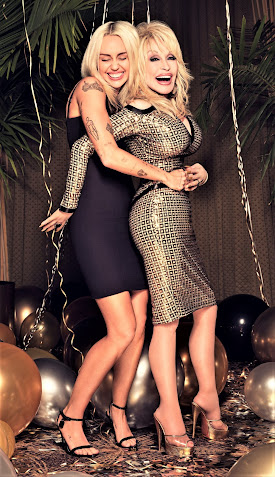 In order to create a more inclusive experience for blind and visually impaired viewers, NBCUniversal is proud to present the full NBC broadcast with live audio description on the Secondary Audio Program channel (SAP), provided by Descriptive Video Works. The broadcast will be available with additional audio narration, describing the rich visuals of the special.