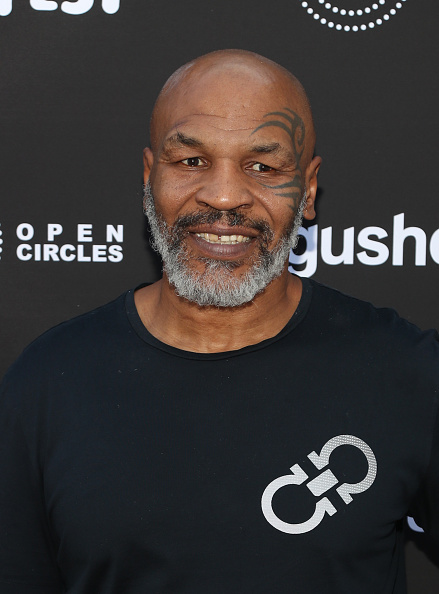 Mike Tyson’s Tuesday night went completely left after a man pulled out a gun during a comedy show he attended in Hollywood.

Video footage obtained by TMZ shows Mike Tyson sitting front row at the show, which took place at a small rooftop bar. As the comedian is doing his thing on stage, a man dressed in black can be seen approaching the stage. Eventually, the man approached Mike and his peoples, reportedly challenging him to a fight.

Witnesses told TMZ Tyson did not entertain the man’s shenanigans. Instead, he was asked to leave by the host of the show, which reportedly angered him to the point that he pulled out a gun. The man allegedly threatened to shoot the host, but luckily, he did not make well on his promise.

The man reportedly put the gun away, turned to Mike Tyson and asked him not to call the police. Shortly after, footage shows Mike opening his arms and inviting the man in for a warm embrace. Witnesses at the scene claim the man left immediately after the hug and did not return.

Attendees of the show reportedly started to leave after the incident out of fear that the man could possibly return.

What would you have done in this situation, Roomies?