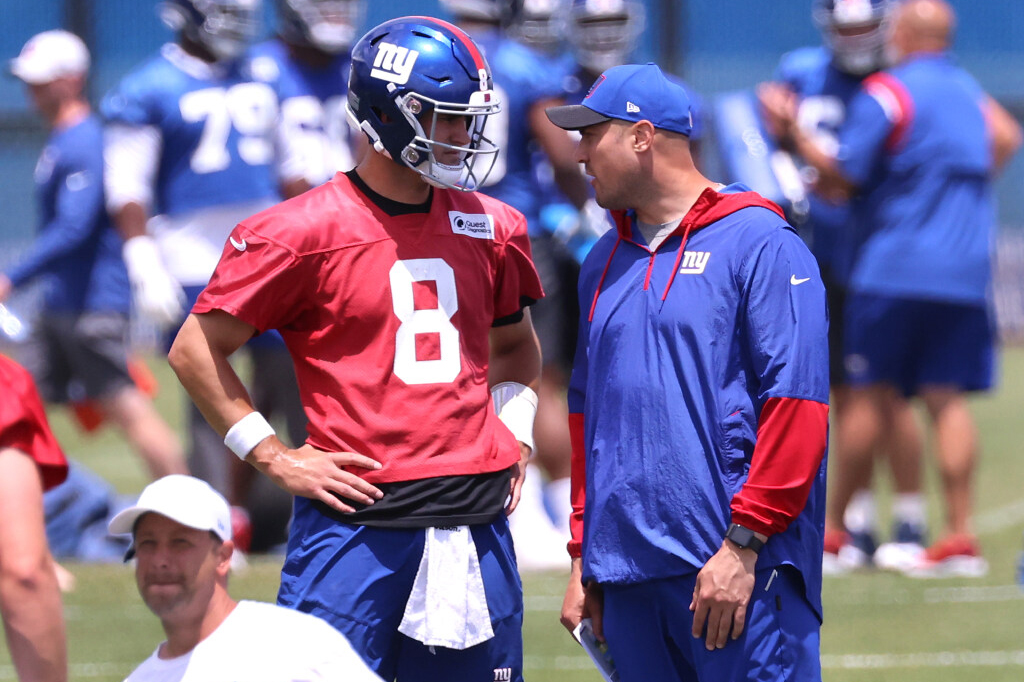 It is one of the most interesting unanswered questions as the Giants advance through the spring and into training camp. Who will call the plays on offense? Will it be head coach Brian Daboll, who has extensive experience as a play-caller, or Mike Kafka, who before this year had never been an offensive coordinator and has never been a play-caller?

All spring, Daboll has given the job to Kafka, and that has continued into camp. This no doubt is a tryout, and Daboll has not disclosed who will fill the role once the season starts.

“Mike has done a really good job in the spring,” Daboll said Thursday. “We talk on a day-to-day basis about plays and things to install. But he’s been on the headset with Daniel [Jones]. And he’ll be doing that through camp. And as we get closer to it, we’ll sit down and discuss it.

“But I’ve been really happy with Mike. Not just his communication with the quarterback, but how he handled the offensive staff, how he handled the players. He has a really good demeanor about himself. Once we cross that bridge, which we’ve still got a little bit here to go, you guys will know.”

WR Kadarius Toney did not practice during the spring coming off a knee procedure, making his impressive camp debut on Wednesday his first real on-field work for the new coaching staff.

“He looked good,” Daboll said. “Being around him, he’s a smart football player. He picks up things well in the meeting room. You can tell he has instincts even with him out on the field. The questions that he asks and the things that he sees. And we evaluated him when I was at Buffalo.

“Obviously, we thought he was a good player with quickness and speed and ability to do different things, run different routes. And it was good to see him out there with his teammates.”

Backup quarterback Tyrod Taylor had the throw of the day, a deep ball to Collin Johnson. … WR Kenny Golladay has had two fairly quiet practices, but he did show up when he used his full arm extension to haul in Jones’ deep ball down the field, although the play might have been blown up by pressure from rookie LB Kayvon Thibodeaux.

LB Justin Hilliard, who is suspended for the first two games of the season for violating the NFL policy on performance-enhancing substances, was waived. Hilliard, undrafted out of Ohio State in 2021, played two games last season. The vacated roster spot was filled by LB Austin Calitro, a 28-year-old who has played in 47 games (nine starts) for four different NFL teams, most recently with the Bengals in 2021.