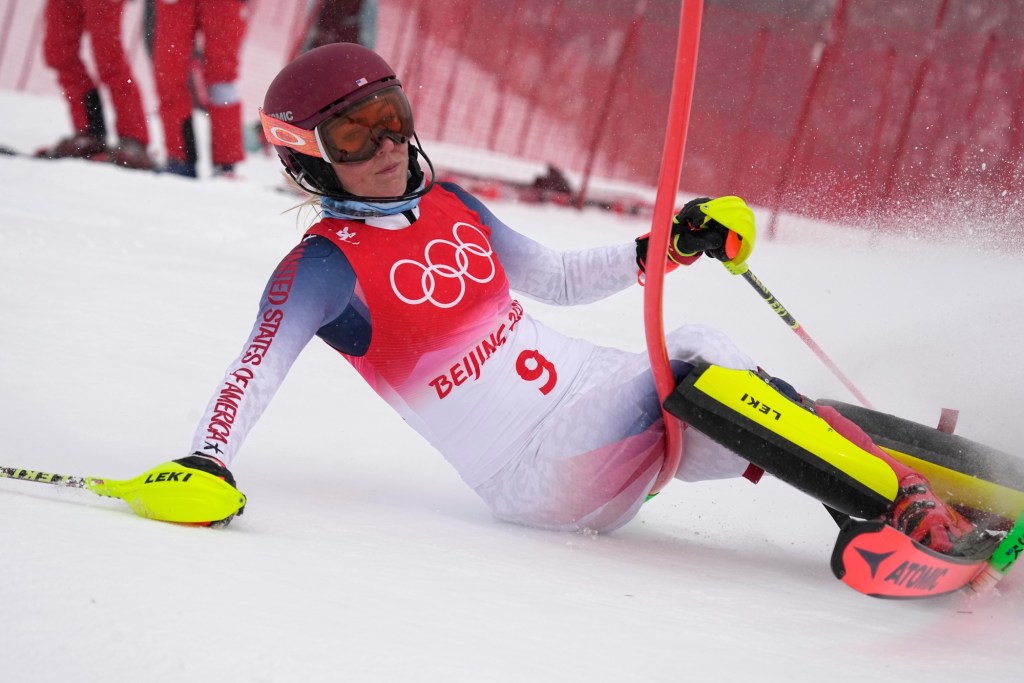 BEIJING – Mikaela Shiffrin came to the Beijing Olympics as one of the biggest stars of Alpine skiing – or any sport. She will leave without any individual medals after managing to finish just two of the five women’s races.

Shiffrin’s latest mistake of the Winter Games came Thursday (Wednesday night PT) in the second leg of the combined, which adds the times from one downhill run and one slalom run. The American stood fifth after the downhill, certainly in contention for a higher finish, but she encountered trouble after about 10 seconds, missed a gate and ended up landing on her hip.

After falling, Shiffrin sat for a few moments in the snow alongside the course. When she eventually rose, she shook her head, then looked up at the hill, as though trying to figure out exactly where things went wrong.

On this day – and on others over the past 1½ weeks.

It was quite similar to what happened in each of her first two events in China: the giant slalom on Feb. 7, and the slalom on Feb. 9. She did not finish those, either, which was particularly stunning because they are her best events and because she is lauded by other skiers, past and present, for her technique and ability to complete the courses.

Swiss skier Michele Gisin won the combined for her second consecutive gold in the event; Shiffrin was the runner-up to her four years ago. Switzerland is the first country to win five Alpine golds at one Olympics.

Gisin’s teammate, Wendy Holdener, was next, more than a second back, for the silver on Thursday, while Federica Brignone of Italy got the bronze.

But none of that sort of top-level talent or big-moment gumption was on display at the National Alpine Skiing Center in the brown, craggy mountains of Yanqing zone about 55 miles northwest of central Beijing.

In addition to ending up with “Did Not Finish” next to her name on three results sheets, she was ninth in the super-G last Friday, then 18th in the downhill on Tuesday.

Shiffrin has said she plans to appear in a sixth race on Saturday, when the Alpine schedule concludes with a team event that was added to the Olympics four years ago.

The owner of three overall World Cup titles finished ninth in the super-G last Friday and 18th in the downhill on Tuesday. Those were her Olympic debuts in those disciplines.

The slalom course was set by Mike Day, Shiffrin’s main coach with the US ski team, but that did not help her one bit this time in an event that has been by far her best for years.

She won a gold medal in that discipline at age 18 in 2014, and her 47 career World Cup slalom victories are more than any other racer has won in any discipline.

“There was so much positive that happened in the last couple weeks.”