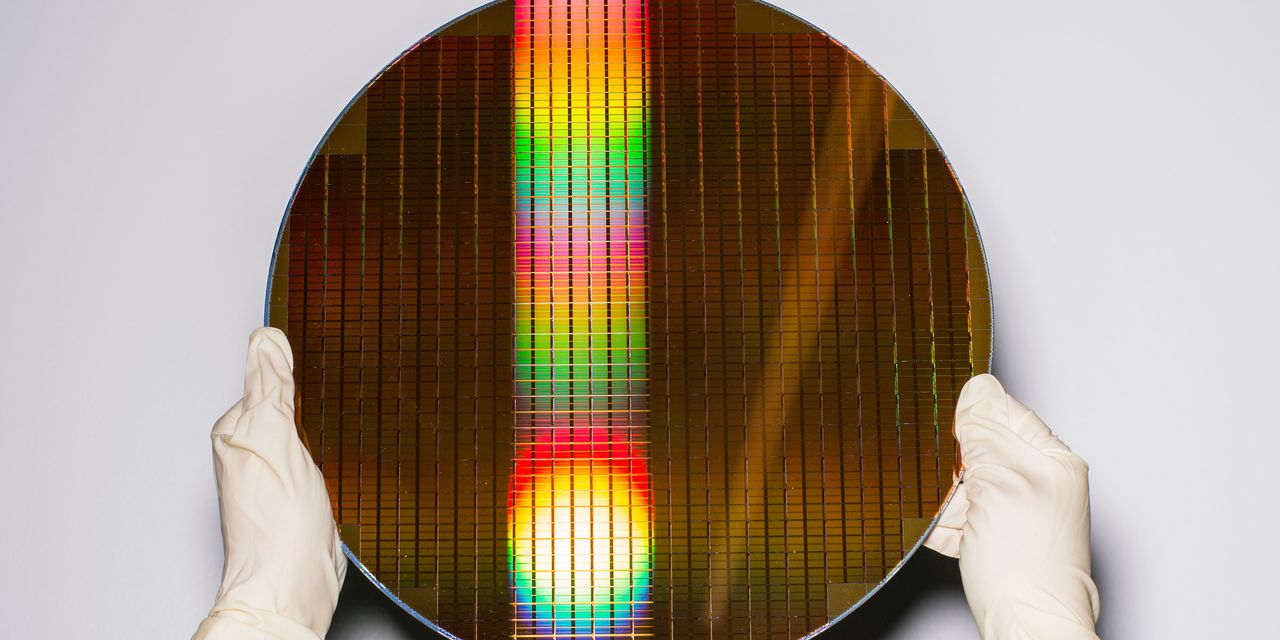 gets no respect on Wall Street. Investors tend to think of Micron, and memory chip makers generally, as providers of interchangeable commodity parts, tech’s version of wheat or frozen orange juice. The result is that Micron trades at low multiples of sales and earnings relative to other chip makers, the broad market, or any other comparable measure. And that seems shortsighted.

Before we get to the case for Micron (ticker: MU) shares, let’s address a few basics that often get lost in the semiconductor conversation. Micron makes two kinds of chips. There’s DRAM, an acronym for dynamic random access memory, which is important thanks to its “volatile” nature. Data sits in DRAM fleetingly on the way to somewhere else. It’s needed for most kinds of computing, including PCs, servers, smartphones, and various other devices. But turn off the power, and the data is gone.

And then there’s NAND, or flash memory. NAND isn’t an acronym; it’s digital logic-speak for “NOT AND.” What’s important is that NAND memory is “nonvolatile,” so storing data does not require ongoing power. NAND is used in things like solid-state drives, memory cards, and USB memory sticks.

To make either DRAM or NAND, you need big, expensive chip factories. In DRAM, there are only three major players—

(000660.Korea), and Micron. The NAND market includes those DRAM players plus a joint venture owned by

The memory market has a small number of players dealing with tight supplies, growing demand, and geopolitical turmoil, so it’s vulnerable to short-term sentiment swings. In recent weeks, prices for NAND chips spiked after an outage at two factories run by the Kioxia / Western Digital venture. Prices for some commodities used in memory chip production — neon gas, in particular — have spiked following Russia’s invasion of Ukraine. And some investors are worried that a postpandemic slowdown in PC growth could weaken demand and pressure prices for both NAND and DRAM.

All of that is true, and beside the point. Micron last week reported results for its fiscal second quarter that comfortably topped its own outlook for revenue, profits, and margins. The company also offered fiscal third quarter guidance that blew past Wall Street expectations. For the May quarter, Micron is projecting revenue of $ 8.7 billion, up 17%, and well ahead of the old analyst consensus of $ 8.1 billion.

In an interview this past week, Sumit Sadana, Micron’s chief business officer and acting chief financial officer, said demand from the PC industry remains strong. While Micron sees flat unit sales for PCs in calendar 2022, Sadana noted that softening consumer demand is offset by growth in enterprise PCs, which tend to have more memory than consumer laptops.

Sadana said Micron’s largest opportunity comes from the automotive sector. The shift to electric vehicles — and down the road, cars with at least some level of autonomy — will make memory chips a much higher portion of the bill of materials in future cars.

Sadana says that some EVs already require as much as $ 750 of memory chips per car — about 15 times the memory used in a conventional gas-powered vehicle. The shift to EVs, he says, should be “an incredibly powerful tailwind for years to come.”

Ondrej Burkacky, who leads McKinsey’s global semiconductor practice, says the expected spike in auto industry demand assumes no sudden boost in production — he’s modeling unit sales will remain at about 100 million a year. And he does not expect the arrival of fully autonomous anytime soon. For that, he says, you’ll have to wait until 2035, 2040, or maybe longer.

But Burkacky does see a rapid shift to electric vehicles — he expects EVs to be 30% to 40% of total production by 2030. And he foresees growing adoption of memory-intensive driver-assistance technologies, like parking assist and lane departure notifications. He also expects to see increased use of sophisticated digital cockpit displays. It all adds up, Burkacky thinks, to a doubling of dollar value in chips per car by the end of the decade.

A good portion of that is going to come in the form of increased memory. Sadana says Micron is already seeing some cars with as much as a terabyte of NAND, the same amount of storage in

So here’s a company with strong growth prospects, a huge emerging market opportunity, and leading technology, and what does it cost investors? Not very much. Micron shares trade for about two times estimated fiscal 2023 revenue, and about 6.5 times expected fiscal 2023 profits.

(NVDA) at 40 times. Micron’s revenue next year will be about even with Nvidia’s, but it has about an eighth of the market value.

Meanwhile, Micron shares are down 16% year to date. For investors, it’s a memorable buying opportunity.