“I’m making a piece. It’s a very major piece.” A24 has revealed an official trailer for the film Showing Up, a quirky dramedy film from indie director Kelly Reichardt. Following the success of her film First Cow, this next one premiered at the 2022 Cannes Film Festival earlier this year. It’s set within the Portland art scene, following a number of talented independent artists struggling to make art and put on exhibitions. Michelle Williams stars as Lizzy – a sculptor preparing to open a new show who must balance her creative life with the daily dramas of family and friends. Described as a “vibrant and captivatingly funny portrait of art and craft.” It stars Williams along with Hong Chau, Maryann Plunkett, John Magaro, André Benjamin, James Le Gros, and Judd Hirsch. I saw this in Cannes and it was my least favorite of the festival (my review), just so useless and fleeting. But that’s only my opinion – give it a look and you might enjoy it more. 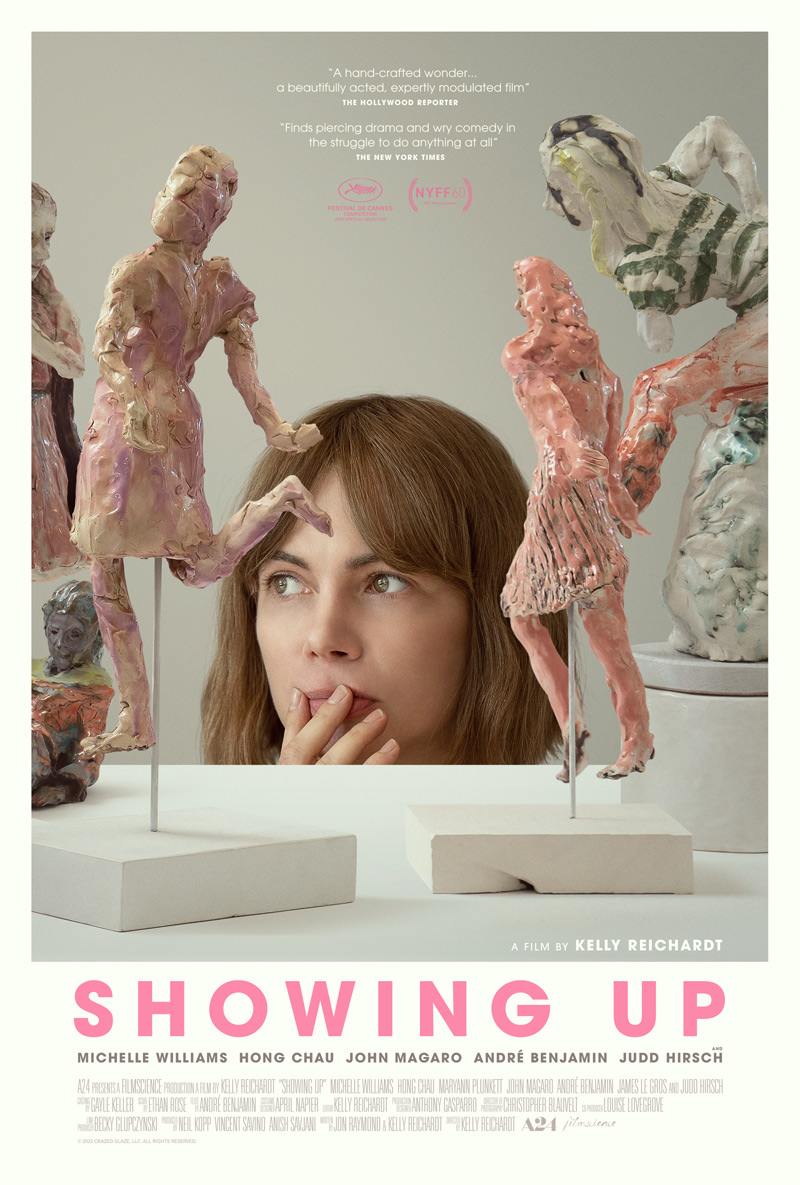 A sculptor (Michelle Williams) preparing to open a new show must balance her creative life with the daily dramas of family and friends, in Kelly Reichardt’s vibrant and captivatingly funny portrait of art & craft. Showing Up is directed by beloved American indie filmmaker Kelly Reichardt, director of the indie films River of Grass, Ode, Old Joy, Wendy and Lucy, Meek’s Cutoff, Night Movies, Certain Women, and First Cow previously. The screenplay is written by Jonathan Raymond and Kelly Reichardt. Produced by Neil Kopp, Vincent Savino, and Anish Savjani. This initially premiered at the 2022 Cannes Film Festival playing in the Main Competition earlier this year. It also played at NYFF. A24 will debut Reichardt’s Showing Up in select US theaters exclusively starting April 5th, 2023 coming this spring. Who’s interested in watching?