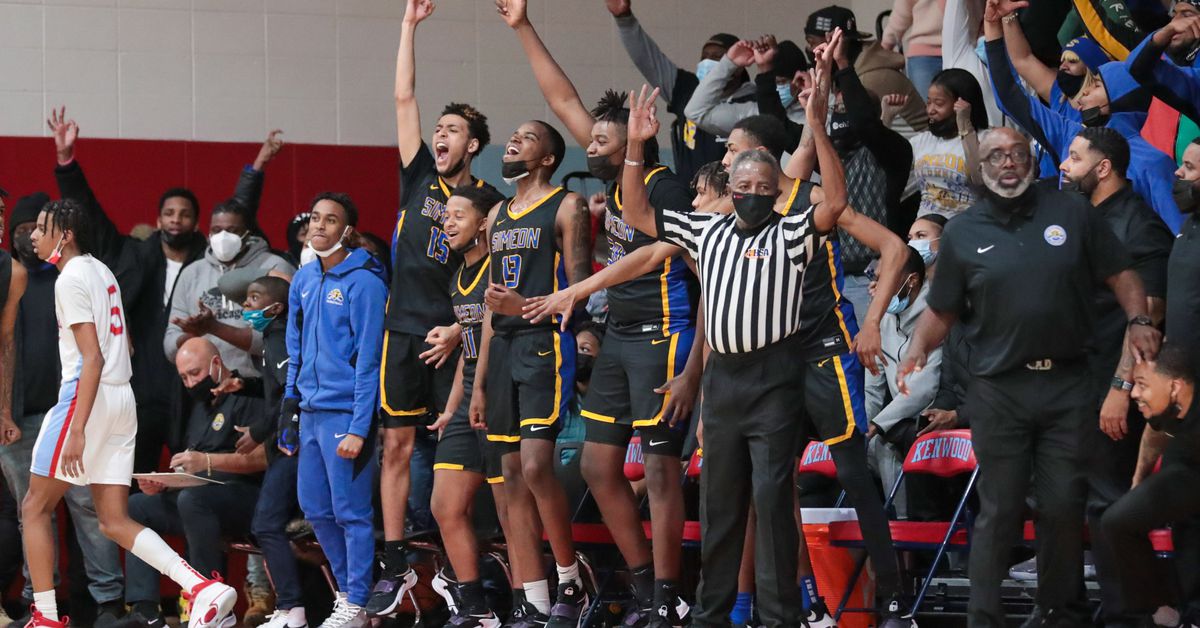 There is no doubt in my mind that Simeon is the best basketball team in the area right now.

Which is pretty awkward as Glenbard West is unbeaten and ranked No. 1. Simeon has not lost to a local team and it has incredibly impressive wins against Curie and Kenwood.

So we have a problem. Simeon and Glenbard West are not going to play this season. Glenbard West plays Young in a few weeks. The Hilltoppers are also scheduled to meet Kenwood in this mythical event at Wintrust on February 5, about which no one has any concrete information yet.

Simeon reportedly faces the Sierra Canyon in the same event. We need the shoe company or whoever is now pulling the strings behind the scenes to change. It should be Kenwood against Sierra Canyon and Simeon against Glenbard West.

Kenwood and Hilltoppers can play in Class 4A state playoffs. And it’s as it should be. We do not need the two to meet in a meaningless non-conference game a month earlier. Simeon is now in 3A, so that event is perhaps the only opportunity to see the two best teams in the state show up.

It’s unlikely that anyone will listen to me and change things. But I’ll put it out there anyway.

Yorkville Christian 81, Orr 72: The Mustangs made 15 three-pointers in this one. Good luck to any opponent when that happens. This was probably a really fun game to watch. It was a busy Tuesday night. Jaden Schutt scored 28 and KJ Vasser had 21.

Joliet West 70, Oswego 42: Toby Onyekonwu did it again. The senior scored 36 tonight to top the 33 he scored in his season debut last Friday. Jayden Martin missed the match with an injury that had been rumored. Tigers meet Curie this weekend.

Hoffman Estates 52, Barrington 45: MSL has been a little hard to figure out this season, but it looks like the Hawks are right. They are now 13-3.

Thornton 77, Homewood-Flossmoor 61: Two of the hardest teams to figure out in the whole area met in this and I do not know what to think about this scoring. The Vikings have obviously hit a hard patch. Ty Rodgers had 24 points, 12 rebounds and five assists. I’ve seen the Wildcats look really good for stretches with Rodgers, but some of their scores have been confusing this season, even when he played. Lots of time to figure it all out.

Lemont 82, Richards 43: Nojus Indrusaitis scored 28 and the Castillo brothers (they are fun to watch) together for 33. A bit surprised by the margin in this one.

Mount Carmel 64, Marmion 56: Make it 17-0 for Caravan. DeAndre Craig scored 24 and Edyy Lyons added 15. Mount Carmel makes people notice. There was a lot of talk about Caravan in the stands at Kenwood tonight.

Providence 61, St. Laurence 52, 2 OT: Looks like this was a thriller. Owen Moran scored 19 for the Celtics and Jack Wajda added 18.

Beecher 86, Illinois Lutheran 37: Duane Doss had 33 points, nine rebounds and five assists. Mitch Landis scored 20. The Bobcats are 14-3 and have a huge matchup with Momence on Friday.

Oak Park 58, Hinsdale Central 57: One of the night’s most interesting scores. This is a really nice win for a Huskies team that has been up and down this season. Sam Lewis scored 18 and Justin Mullins really filled up with 17 points, 10 rebounds and seven assists.

Oswego East 63, Plainfield Central 59: Mehki Robinson had 20 and Patrick Robinson scored 19, they have become one of the best duos in the area. The Wolves are 18-1.

Lake Forest 59, Mundelein 31: Asa Thomas had 20 points and Tommie Aberle added 12. It was another great night for Mundelein freshman Derek Bishop, who scored 19.