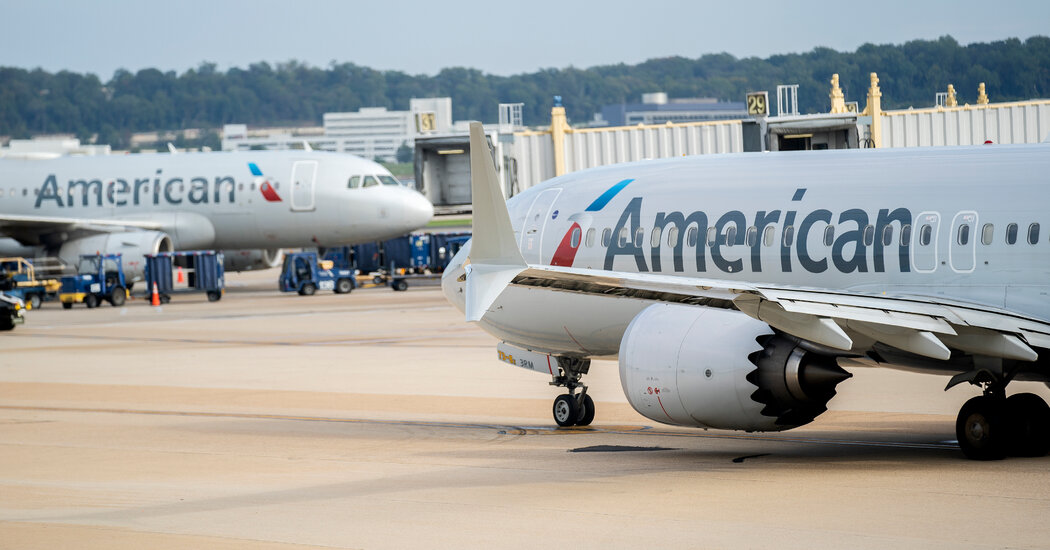 Of the thousands of cancellations and delays by airlines in the past month, most are caused by Covid-19 eruptions or dangerous weather. But a flight from Honduras to Miami on Tuesday was delayed for a more recent reason – a passenger stormed the cockpit and apparently tried to crawl out of a window.

While an American Airlines plane boarded at Ramón Villeda Morales International Airport in San Pedro Sula, Honduras, the passenger hurried into the open cockpit and “caused damage to the plane,” the airline said in a statement Tuesday night.

ONE video posted on Twitter by a man who appeared to have been at the airport showed that the passenger was possibly trying to leave the plane through a cockpit window.

“We applaud our excellent crew members for their professionalism in dealing with a difficult situation,” the statement said.

It was unclear what the man’s motive was. American Airlines referred further questions to local authorities, who did not respond to emails or phone calls Tuesday night.

The episode came at a time when airlines have seen an increase in violent behavior from passengers, many of whom are protesting against mask mandates.

Regardless of motivation, the passenger’s actions on Tuesday forced his fellow passengers to wait about seven hours for a new plane.

The plane was originally scheduled to take off just before 3 p.m., but American said in its statement that the plane was to depart around 9:30 p.m. instead. The airline’s website showed an even later departure time: 22:40

Passengers were expected to land in Miami around 2 a.m. Wednesday, according to the airline’s website.

The delay came just as thousands of flights have been disrupted during the holiday travel rush. Between Friday and Sunday, about 5,000 flights were canceled, according to FlightAware, a data tracking service.

The list of problems is long for airlines, which over the pandemic have handled travel braking, passenger violence and workers reporting sick at high prices, as the Omicron variant has spread at an astonishing rate.