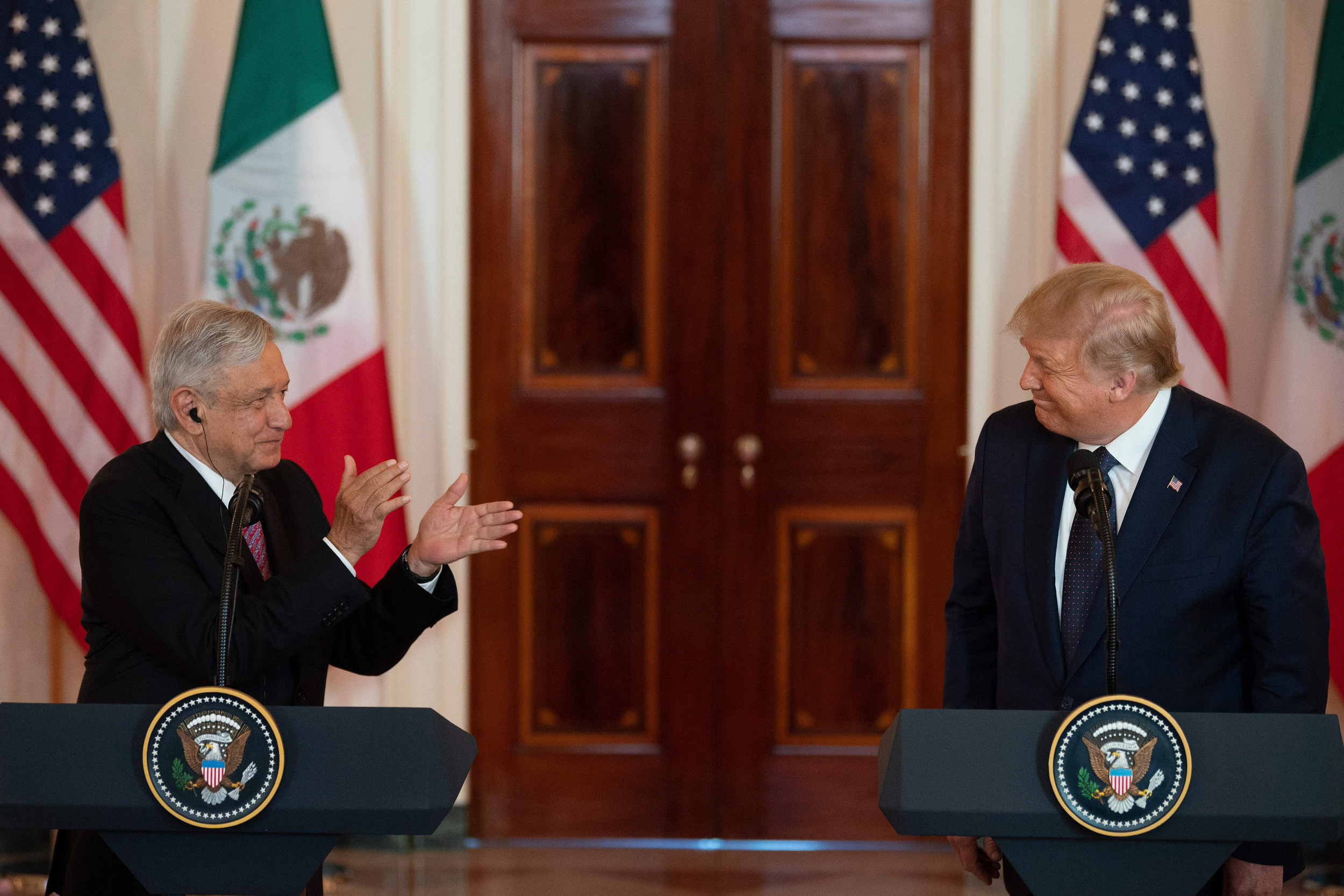 Musk, who purchased Twitter and took the company private in late October, launched the 24-hour poll at 7:47 p.m. ET on Friday. With just a couple hours left, the poll has garnered votes from over 14 million Twitter users, with more than 51 percent of respondents voting “yes,” that Trump should be reinstated on the platform.

Responding to his poll, which simply said “Reinstate former President Trump” with the options to vote “yes” or “no,” Musk added the Latin phrase: “Vox Populi, Vox Dei.” The phrase translates to, “voice of the people, voice of God.”

On Saturday, López Obrador retweeted Musk’s poll and wrote: “I already voted for Trump to be able to use Twitter. The Statue of Liberty must not remain an empty symbol.”

Despite being a politician of the left, López Obrador and Trump had a positive working relationship. Trump spoke favorably of the Mexican leader, despite regularly complaining about undocumented immigration at the U.S. southern border with Mexico. López Obrador also made a point of highlighting his positive relationship with Trump during his first conversation with then-president-elect Joe Biden.

“I must mention that we do have a very good relationship with the now president of your country, Mr. Donald Trump,” he said, The New York Times reported. “Regardless of any other considerations, he respects our sovereignty.”

López Obrador also previously criticized Twitter’s decision to ban Trump from its platform. In late October, as Musk took over Twitter, the Mexican leader urged the billionaire to “repair the damage done by the cancellation of President Trump’s account,” according to Reuters. He described the decision to ban the former president as being made under “conservative control.”

Trump was barred from Twitter and also blocked from most mainstream social media platforms in the wake of the January 6, 2021, attack carried out by his supporters against the U.S. Capitol. Those who defend the decision said that Trump violated the social media platform’s rules by inciting his followers to violence. Critics of the decision argue that the then-president was censored and that free speech is under threat.

The spokesperson also shared a clip of some of Trump’s remarks via video-link to the Republican Jewish Coalition event in Las Vegas, Nevada on Saturday. Asked about Musk’s survey, Trump spoke favorably of the billionaire and said he “always liked him.” The former president went on to speak about Truth Social, touting his social media site as an alternative.

Regardless of what Twitter decides under Musk’s leadership, Trump previously suggested he does not plan to return to the social media platform. He said after Musk took over at Twitter that Truth Social “looks and works better to my eye.”

“I am very happy that Twitter is now in sane hands, and will no longer be run by Radical Left Lunatics and Maniacs that truly hate our country. Twitter must now work hard to rid itself of all of the bots and fake accounts that have hurt it so badly. It will be much smaller, but better. I LOVE TRUTH!” he added in late October statement posted to his social media site.