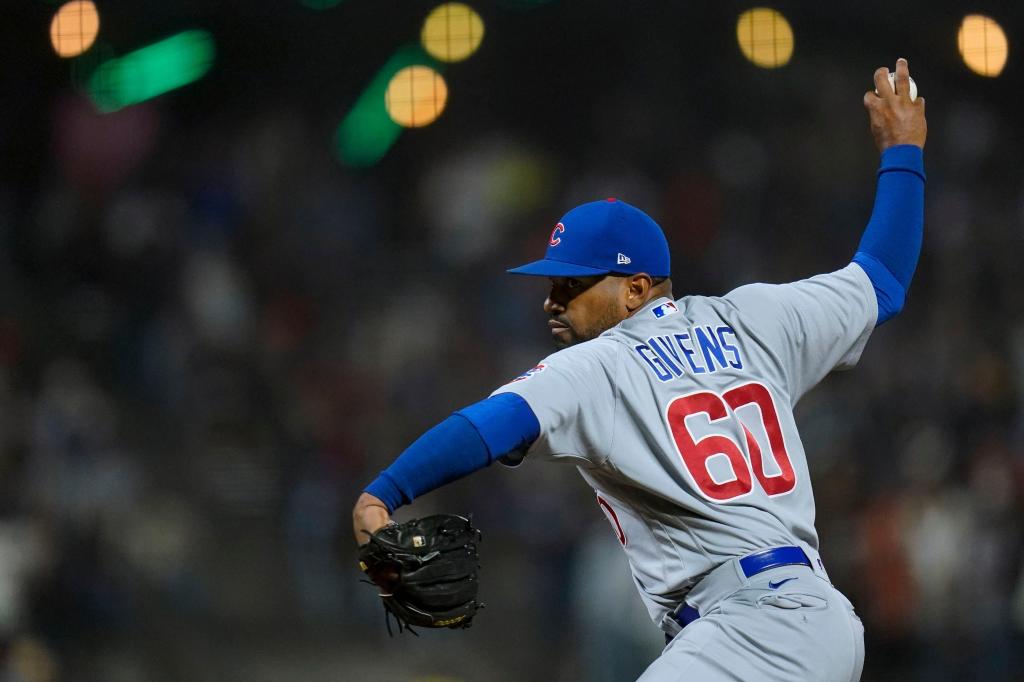 WASHINGTON, DC — Just in the nick of time, the Mets got a reliever they so badly needed.

The team traded for Cubs’ righty Mychal Givens on Tuesday. Chicago got Saul Gonzalez, a 6′7″, 22-year-old former 23rd round pick who’s having a solid season at Single-A.

The 32-year-old Givens, who had a 2.66 ERA in his 40.2 innings for the Cubs this year, had the best seasons of his career when he previously played for Buck Showalter. Givens was a second-round pick by the Orioles in 2009 out of his high school in Tampa (the same one that Pete Alonso went to) and debuted for the team in 2015.

“The first thing that jumped out is what a great athlete he was,” Showalter said. “It’s like having a shortstop pitch. He’s got a good arm and likes to compete.”

His time in Baltimore came to an end with a trade to Colorado during the shortened 2020 season. Less than a year after that, the Rockies traded him to Cincinnati at the 2021 trade deadline. He hit free agency at the end of that year and latched on with the Cubs, who gave him a one-year contract worth $5 million. The sidearm reliever will be a free agent at the end of this season.

Aside from the ERA, there are other numbers to like in Givens’ profile. He has a 41.4% ground ball rate and 29.7% strikeout rate. Wielding a very good slider and changeup combo, Givens is able to get a lot of whiffs and weak contact. His whiff percentage (62nd percentile), hard hit percentage (76th percentile) and strikeout rate (86th percentile) all jump off the page. On the flip side of that, Givens does walk a lot of guys. Issuing a walk to 11% of the batters he’s faced this year, Givens ranks 16th among qualified NL relievers in walk rate.

As for big game experience, Givens has only pitched in one career playoff game, the 2016 American League Wild Card game. He also pitched in three games for Team USA in the 2017 World Baseball Classic, posting an ugly 7.71 ERA. The Mets still don’t have a trusty left-hander in the bullpen. While Givens is better against righties, lefties are hitting just .222 while slugging a mere .407 off him, making him a good late-inning option against southpaws. Givens also has not allowed an earned run in any of his last 16 outings.

Thus concludes the Mets’ trade deadline. Instead of getting Cubs’ catcher Willson Contreras—or the more high-profile Cubs’ reliever David Robertson, who ended up with division rival Philadelphia—they got Givens and Giants’ platoon bat Darin Ruf to go along with the earlier trades for Daniel Vogelbach and Tyler Naquin.

Philadelphia and Atlanta both had bigger deadline days, but the Mets still have control of first place. Only time will tell if they can hang on to that.