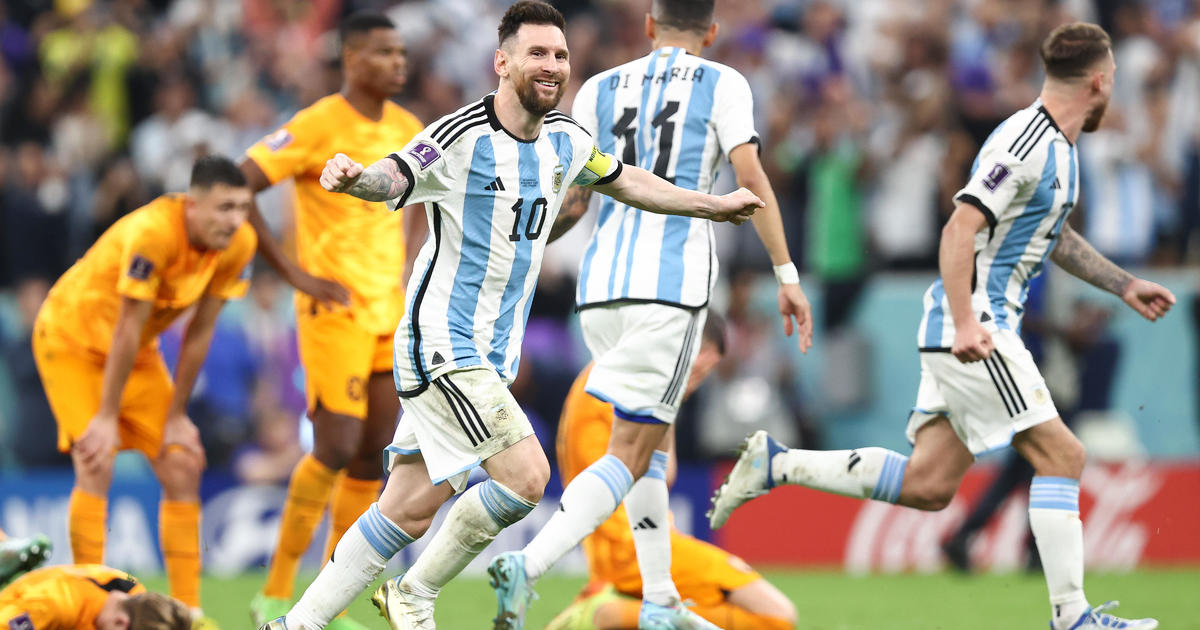 Lionel Messi’s quest to win the World Cup moves into the semifinals after Argentina beat the Netherlands 4-3 in a penalty shootout Friday.

The match finished 2-2 after extra time, with Messi scoring one goal and setting up another. The Netherlands equalized in the 11th minute of second-half stoppage time.

It is only the second time Argentina has reached the last four since 1990. In 2014, Messi was part of the team that lost to Germany in the final.

He looks in the mood to get there again in a tournament that he is turning into his own personal highlight reel.

When Lautaro Martinez’s penalty hit the net, Messi didn’t head to the striker — unlike the rest of the team — but sprinted to his goalkeeper and jumped into his arms.

Messi had produced a mesmerizing piece of skill to set up the opening goal for Nahuel Molina in the 35th minute and then converted a penalty in the 73rd to make it 2-0 with his fourth goal of this year’s World Cup.

It took him to 10 goals in the World Cup, tied with Gabriel Batistuta for the most for Argentina, and 94 goals in total in his 169 international games.

The game was taken to extra time after a goal deep in second-half stoppage time by Wout Weghorst, who entered as a substitute in the 78th and made it 2-1 five minutes later.

It was the latest second-half goal scored in a knockout-stage game at a World Cup and was cleverly worked, with Teun Koopmeiners feinting to curl a free kick into the area only to play it short and deceive the Argentine defense. Weghorst took a touch, held off his marker and slotted home a finish on the stretch.

Thed game featured 17 yellow cards, including one for Messi, who had blood coming from his upper lip at one stage.

Enzo Fernandes hit the post near the end of extra time and was the only Argentina player to fail to score in the shootout.


Sky Sports Cup final: All the essential reading ahead of Rangers vs Hibernian