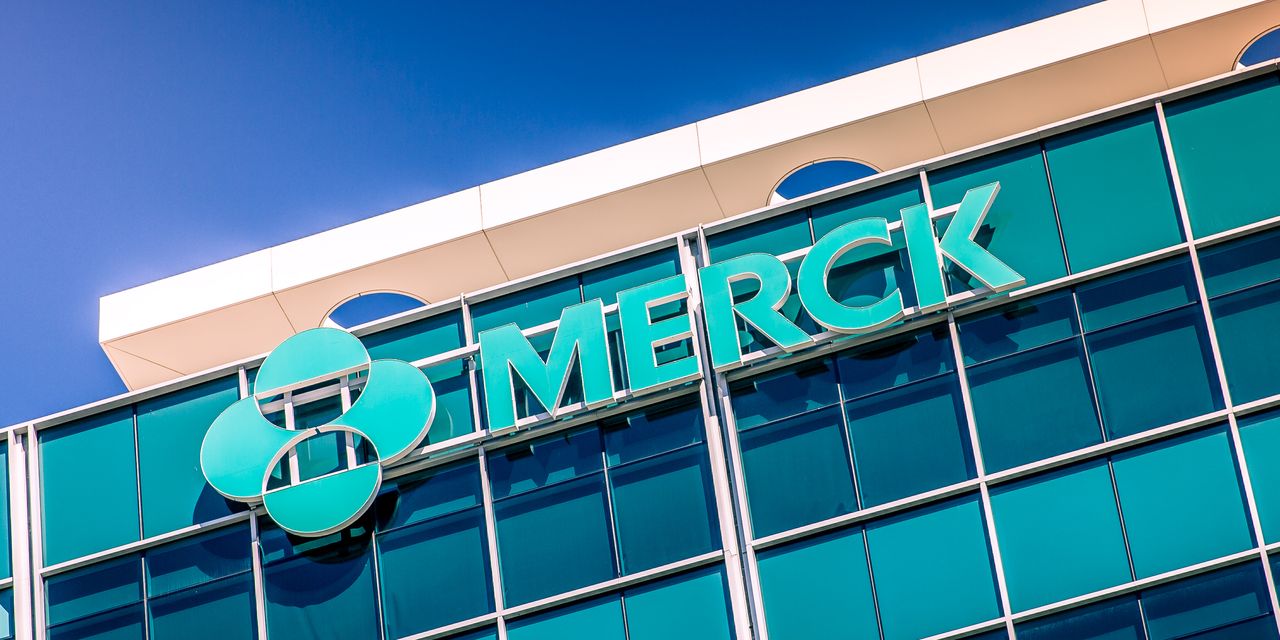 scored a series of victories this week in the market for pneumococcal vaccines, long dominated by

as it seeks to build up new franchises in advance of an expected drop-off in revenue at the end of this decade, when the patents on its cancer blockbuster Keytruda expire.

(ticker: MRK) said the Food and Drug Administration had approved its new pneumococcal vaccine, Vaxneuvance, for infants and children. And Wednesday afternoon, the Centers for Disease Control and Prevention’s vaccine advisers voted to provisionally recommend Vaxneuvance as an option for those groups.

The FDA first approved Vaxneuvance for adults last July. Along with

Pneumococcal vaccines protect against a number of illnesses caused by a bacteria called Streptococcus pneumoniae, including pneumonia and sinus infections. Pfizer has dominated the market with Prevnar 13, selling $ 5.3 billion of the vaccine last year. Merck sold just $ 893 million of its current pneumococcal vaccine, Pneumovax 23.

That disparity is due to Pfizer’s Prevnar 13 having the CDC’s recommendation for the larger pediatric market. Merck’s Pneumovax 23 is mostly recommended for older adults.

The vote by the CDC advisers on Wednesday will not necessarily reverse that pattern. The advisers tweaked the current recommendations, rather than rewriting them, so although Vaxneuvance would become an option in the pediatric market, Prevnar 13 would still have the agency’s recommendation. In any case, the CDC director must still confirm the advisers’ vote.

Still, the news gives Merck a leg up over Pfizer. Pfizer’s new pneumococcal vaccine, Prevnar 20, also received approval last year from the FDA for use in adults, but the agency has not given the go-ahead for it to be used in children. Data on a Phase 3 trial of Prevnar 20 in children aren’t expected until later this year. Until the FDA can evaluate those results, Merck will have the opportunity to build market share in the new, next-generation pediatric pneumococcal vaccine category.

“Today’s vote reinforces the importance of VAXNEUVANCE as an option to help reduce the burden of invasive disease in the pediatric population,” said Merck’s Dr. Eliav Barr, the company’s head of global clinical development.

Merck said it plans to begin Phase 3 trials of V116 next month.

Merck shares rose 1.3% on Wednesday, and gained another 0.3% on Thursday morning.