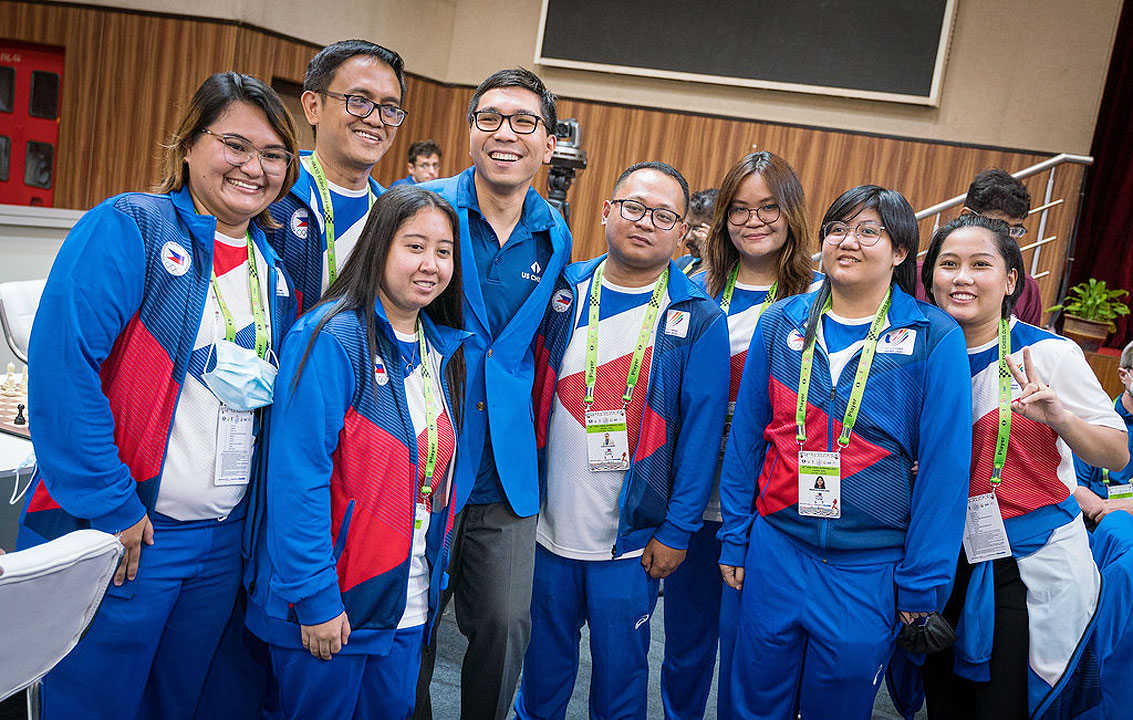 Messrs. Barcenilla, Gomez and Laylo essayed impressive wins over Alexandros Isaakidis, Ioannis Damianou and Michalis Florentiades on boards two to four, respectively, that made up for GM Mark Paragua’s stinging defeat to FIDE Master Konstantinos Michaelides on top board.

It was a win that catapulted the Filipinos, who are being sponsored by the Philippine Sports Commission, back into contention as they zoomed to a 63-way logjam at 26th place with four match points to show.

The Eugene Torre-coached squad, seeded 52n.dcould barge into the top 20 if it could overcome 89th seed Monaco in the fourth round at press time.

The national team is resting Mr. Paragua in favor of International Master (IM) Paulo Bersamina after his sorry defeat that started when he made an errant rook move in the middle game that blew away his chances to win or at least draw.

WOMEN’S TEAM
It was more heartbreaking for the women’s team, which appeared to have headed to a shock 2-2 draw to 18th seed Serbia only to see WFM Shania Mae Mendoza blew a drawn position and lost to WIM Adela Velikic on board three.

Mrs. Mordido, the youngest member of the team at 19 years old and is being tipped to become the country’s WGM, had her chances for a victory but she missed a pawn capture late that could have earned her a pawn edge and a lasting advantage.

Mrs. Mendoza’s loss wasted Ms. Fronda’s valiant effort when she clawed her way back from a pawn down and a cramped position to steal a draw from her higher-ranked WGM opponent.

The Philippines, tied for 22n.d spot along with 52 others with four points, was battling Angola in the fourth round with WIM Marie Antoinette San Diego replacing Ms. Mendoza in the roster. — Joey Villar