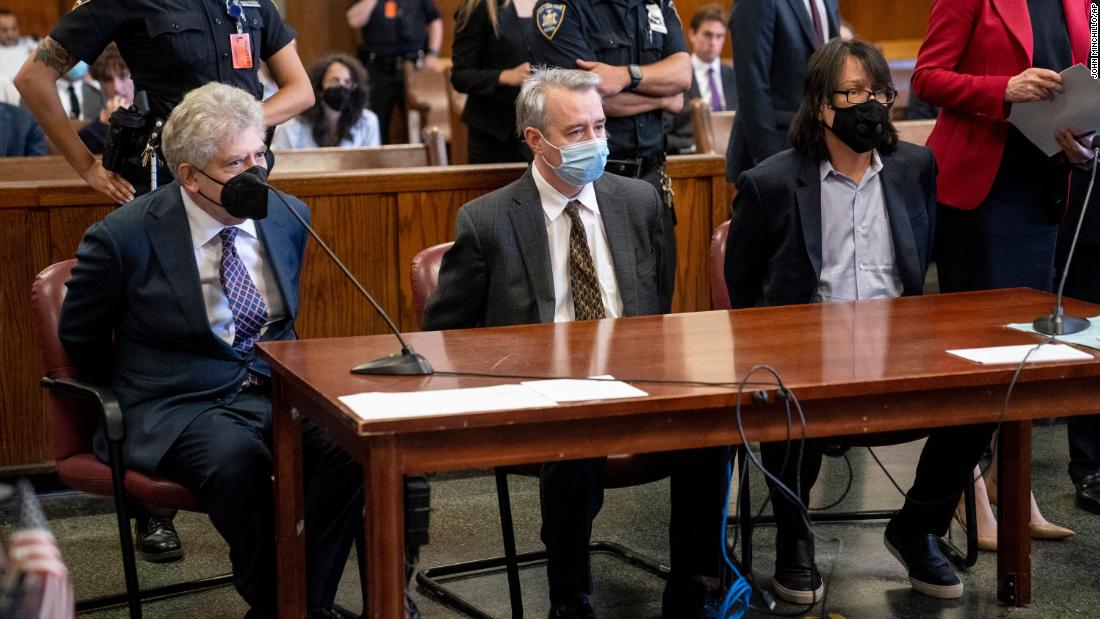 About 100 pages of notes and lyrics for songs including “Hotel California,” “Life in the Fast Lane,” and “New Kid in Town” were among the documents prosecutors said were stolen and worth more than $ 1 million, according to a news release .

The three men’s attorneys released a joint statement to CNN saying the men are innocent.

“The DA’s office alleges criminality where none exists and unfairly tarnishes the reputations of well-respected professionals. We will fight these unjustified charges vigorously,” the statement from attorneys Jonathan Bach, Stacey Richman and Antonia Apps said.

The indictment alleges that between 2012 and 2019, Inciardi and Kosinski had in their possession stolen “developmental lyrics” to songs from the Hotel California album, that the men knew the documents were stolen and tried to sell them.

“These defendants attempted to keep and sell these unique and valuable manuscripts, despite knowing they had no right to do so. They made up stories about the origin of the documents and their right to possess them so they could turn a profit,” Bragg said .

Prosecutors said in a news release that the manuscripts were originally stolen in the late 1970s by an author hired to write a biography of the band, and that the biographer eventually sold the manuscripts in 2005 to Horowitz, who is a rare books dealer, who later allegedly sold the documents to Inciardi and Kosinski. CNN has reached out to each of the men for comment on the accusations.

“When Don Henley learned that Inciardi and Kosinski were trying to sell portions of the manuscripts, he filed police reports, told the defendants that the materials were stolen, and demanded the return of his property,” a news release from prosecutors said.

Prosecutors said Inciardi and Kosinski tried to coerce Henley to buy back the manuscripts while simultaneously trying to sell them through Christie’s and Sotheby’s auction houses. The district attorney’s office executed a series of search warrants starting in December 2016 and retrieved the manuscripts from Sotheby’s and Kosinski’s home in New Jersey. CNN has reached out to Sotheby’s for comment.

A December 2016 email allegedly from Kosinski to a Sotheby’s employee said, “Don Henley still wants this back” and asked, “Please do not tell any potential bidders that (Henley’s) attorneys are inquiring about the lyrics.”

The men are expected to have a hearing on their case on October 4.