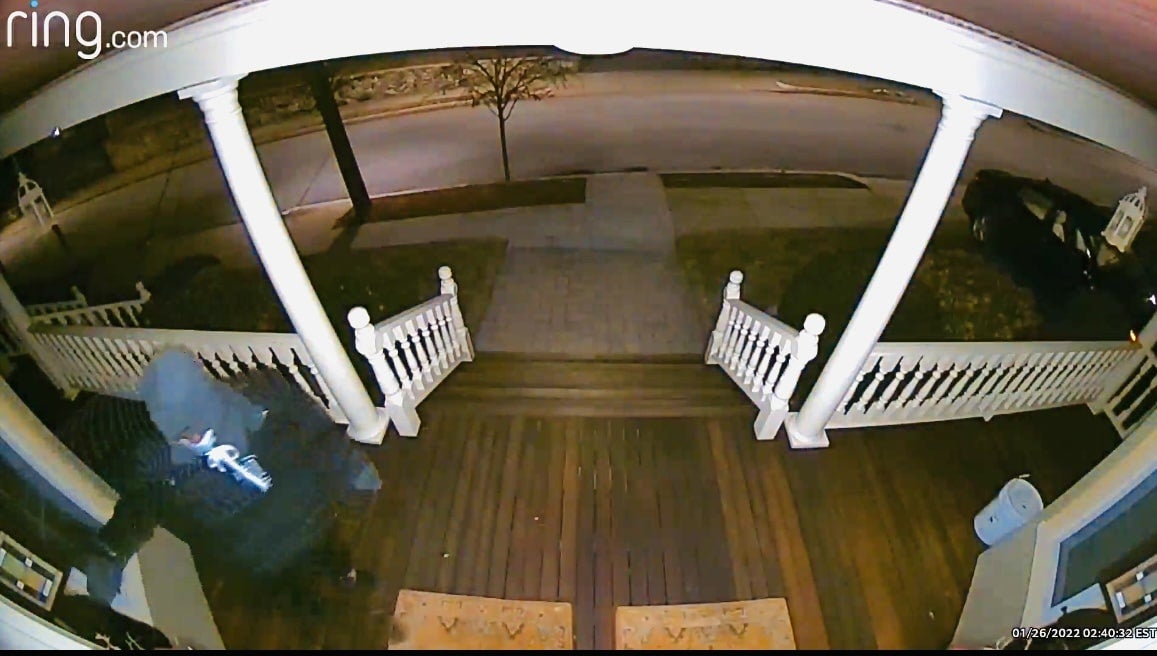 Melrose police are looking for a man who stabbed a 19-year-old woman in the neck during an invasion of the home Wednesday morning, according to a statement from Chief Michael Lyle.

Police arrived at the home on Lynde Street around 2:50 p.m.

Investigators said a man entered the home and demanded items from the 19-year-old woman, and a physical confrontation ensued.

The woman received a stab wound to the neck and was taken to an area hospital for treatment, according to police.

Her father William Westgate told 7 News that he woke up to his daughter’s screams.

“I race down and I get to the bottom of the stairs and my daughter was halfway down the street chasing someone who said he had my wallet,” he told the TV station.

Moments later, they realized she had been stabbed, he told 7 News.

“We have not dealt with it yet,” he told the television station. “How can one process something like that? There’s a stranger who just walks into your house and holds a knife over your daughter .. how can you handle it. I just can not, you know? ”

Police said the same man may also be responsible for attempted home and car burglaries in the area Tuesday night and early Wednesday morning, and a couple of car thefts, including one where the keyless start key was left inside the vehicle.

In each case where the burglary attempts were successful, police said the front doors were left unlocked.

“I can not stress enough how important a step the simple act of locking your home and your car doors can be in preventing you from falling victim to crime,” Lyle said. “I urge all residents to remember to lock their homes and vehicles.”

Anyone with information about these incidents should contact the Melrose Police Department at 781-665-1212.