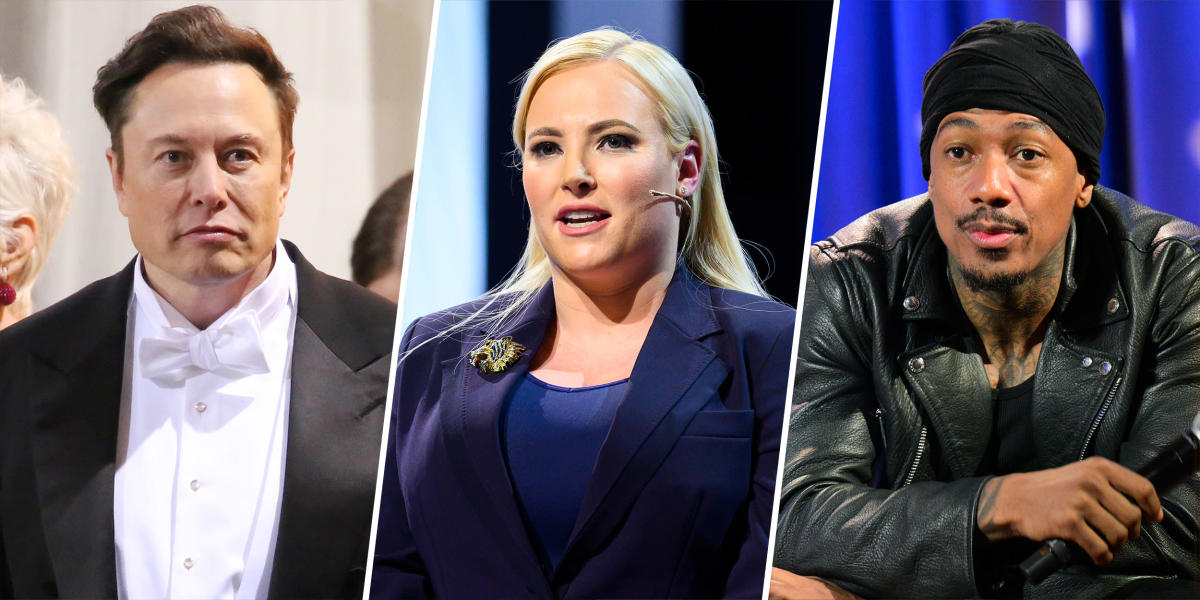 Meghan McCain put Elon Musk and Nick Cannon on blast in a recent op-ed based on comments the two men have made about expanding their families.

On Tuesday, July 7, Musk, the father of eight known children, wrote on Twitter“Doing my best to help the underpopulation crisis.” Musk was seemingly responding to recent reports that he secretly welcomed twins last year. If true, this would make him dad to 10 kids overall.

“A collapsing birth rate is the biggest danger civilization faces by far,” Musk added, mirroring comments he made in December 2021 at a Wall Street Journal event where he encouraged individuals to have more children.

Cannon, who has seven children with an eighth child on the way, replied to the tweet, writing, “Right there with you my Brother!”

In her essay for The Daily Mail, McCain called their Twitter exchange the “creepiest tag team tweet thread in history,” adding, “This is flat out weird.”

“This ‘impregnate the planet’ mentality is creepy and comes off like the actions of a cult leader more than an altruistic person who wants to expand their family and save the planet,” McCain wrote. “Elon is the wealthiest man on the planet, he certainly can largely do whatever he wants, whenever he wants, however he wants, but do not for a minute think that ordinary Americans relate to this at all.”

McCain slammed the Tesla CEO for his comments, writing that he “may have the resources” to support multiple families “but obviously most do not.”

Musk shares two children with musician Grimes and has six children with his first wife, Justine Wilson. One of the former couple’s children, Nevada, died as an infant in 2002 from sudden infant death syndrome.

Musk added another tweet to the thread, writing, “Kids are worth it if at all possible. I’m planning to increase childcare benefits at my companies significantly. ”

“Hopefully, other companies do the same,” he added. “Also, Musk Foundation plans to donate directly to families.”

In response to the tweet, McCain wrote, “The bar for bringing a new life into the world should not be ‘if at all possible.'”

McCain also said there was a “subtle shame factor” in Musk’s words, writing, “That if we all do not have as many children as our bodies are capable of, we are not addressing some existential crisis of population decline.”

She said his statements felt “impersonal, fatalistic and dystopian,” later adding that his call for individuals to have more children is “flawed and unrealistic.”

“I continue to be skeptical of Musk and his intentions in general, as I am with anyone who claims to be coming to save us,” she wrote, later adding, “He is an eccentric billionaire who leads an entirely different kind of life than any of us can fathom. ”

In recent weeks, both Cannon and Musk’s families made their own respective headlines.

On July 5, Cannon penned a freestyle rap dedicated to his children during a radio appearance one month after he revealed that he was expecting more children this year, but did not clarify the number.

Last month, he discussed his approach to fatherhood during an interview with Men’s Health, telling the outlet, “Contrary to popular belief, I’m probably engaged throughout my children’s day, more often than the average adult can be.”

“People even often ask, ‘Are you gonna have more, you gonna stop?'” He later said. “I like, those are questions that I do not, I do not really even sit around and think about. I’m just walking in my purpose and trying to be the best father and best provider I could possibly be. ”

Simultaneously, Musk’s family has also been a topic in recent news cycles. At the end of June, Musk’s transgender daughter, who he shares with Wilson, filed a request to change her name to align with her new gender identity, citing her reasons as, “I no longer live with or wish to be related to my biological father in any way, shape or form. ”