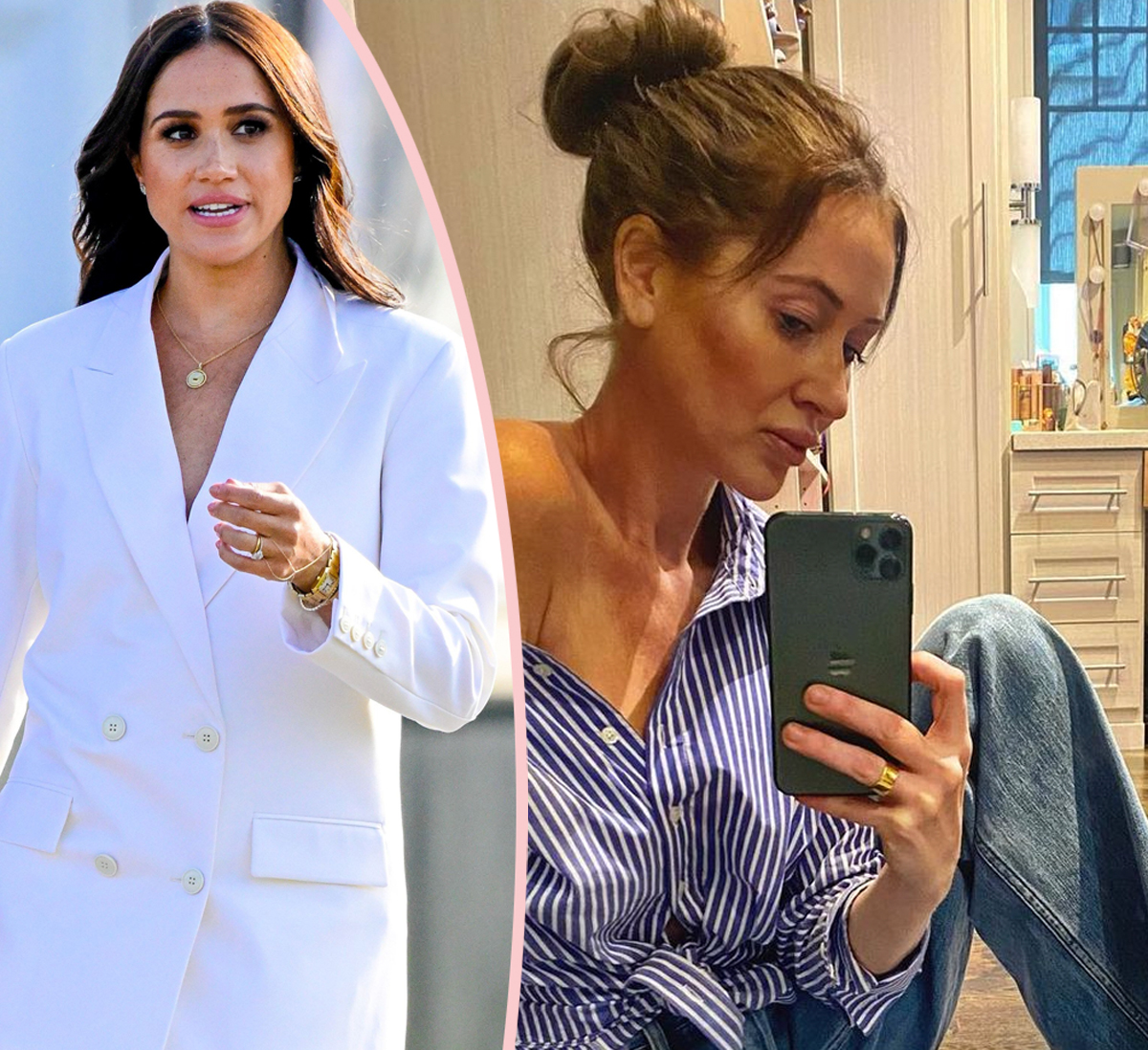 Jessica Mulroney seems to have a message for former bestie Meghan Markle!

Just days before the release of volume two of Harry and Meghan, the 42-year-old stylist hopped on her Instagram Story to share a cryptic quote initially posted by interior designer Tom Samet. The Tuesday post read:

“Best thing I ever did was learn how to move without the crowd.”

Hmm… Is this about not going along with the Meghan haters… or the Meghan fans?! The quote came as Jessica was noticeably absent from the Netflix documentary series. While she was not interviewed for the project, she was briefly mentioned in one scene when Meghan was FaceTiming someone named Jess before Prince Harry proposed. The Duchess of Sussex said in the clip:

But everything has changed in the years since that moment was caught in the doc — their friendship ended long before the series began, leading to her being completely unmentioned.

In case you don’t recall, their issues began when a Black social media personality named Sasha Exeter asked Jessica and other people to use their platforms to promote Black Lives Matter. Meghan’s BFF responded with anger directed at the influencer instead. Sasha called out the I Do, Redo host for her “textbook white privilege” — leading Jessica to eventually apologize publicly to Sasha:

“As I told you privately, I have lived a very public and personal experience with my closest friend where race was front and center. It was deeply educational. I learned a lot from that. I promise to continue to learn and listen on how I can use my privilege to elevate and support Black voices.”

Yeah. She used her Black friend as a human shield against criticism.

While Meghan never spoke out about the controversy, an Us Weekly source claimed the former actress “could not get over that Jessica brought up [their] relationship … when she commented about her ‘closest friend’ in the discourse with Sasha.” The insider added that the Suits alum believed “the relationship to be done” following the situation. But it seemed that was a long time coming as another insider told the outlet their bond was “less strong before this drama went down,” adding:

“Of course Meghan is supportive of Jessica, as she is with all of her friends, but it’s a bit off-putting when Jessica seemingly uses their friendship for headlines. Meghan is very aware when people in her life do this … [and she] is being very cautious with her affiliations.”

Jessica, however, shut down the rift allegations, saying:

“I’m going to tell this once and for all. Meghan and I are family. She is the kindest friend and has checked up on me everyday. Tabloid culture is atrocious. It creates lies and hurtful storyline. Stop feeding into it. Done.”

And yet… they did stop being seen together.

Despite the friendship drama, Jessica came to Meghan’s defense when she was accused of bullying palace staff members in March 2021. Meghan sent her flowers for her 41st birthday. It seemed like they were back on track to being pals once again, but the mom of four later shared a pointed quote that read:

“Life changes. You lose love. You lose friends. You lose pieces of yourself that you never imagined would be gone.”

The fact Jessica has basically been erased from the doc tells you everything you need to know about their relationship these days. As for the quote? What do YOU think, Perezcious readers? Sound OFF in the comments below.