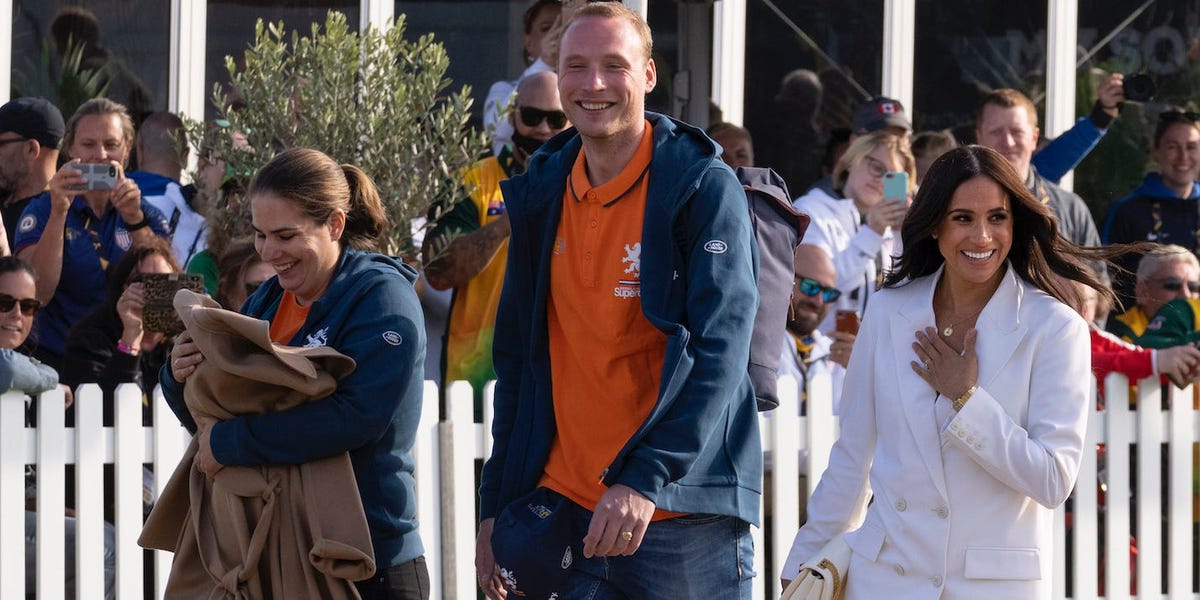 Meghan Markle looked stunning when she arrived at the Invictus Games in The Hague, Netherlands, on Friday, but she was missing a key part of her outfit: her coat.

As journalist Omid Scobie shared via TwitterMarkle and her husband Prince Harry were being escorted into the venue by members of Team Netherlands and their families, including one woman who was carrying an infant, when she was photographed and filmed without the garment.

According to Scobie, the author of “Finding Freedom,” Markle previously handed her coat over to the woman to help shield her child from the dropping temperature.

Scobie shared multiple videos of the couple walking into the venue alongside the woman and her child. The coat the woman is seen carrying was brown, long, and matches many of the jackets Markle has worn in the past.

She wore a white pantsuit with no shirt underneath her oversized jacket, Aquazzura pumps, and a Valentino purse.

Markle also accessorized with meaningful jewelry, including the earrings she wore when she married Prince Harry and a watch that previously belonged to Princess Diana, according to the Daily Mail.

The royal couple made the public appearance just one day after it was confirmed that they’d paid a private visit to Queen Elizabeth on Thursday.

As Insider’s Samantha Grindell reported, their trip marks Markle’s first time in the UK since the couple’s bombshell interview with Oprah Winfrey in March 2021.

Representatives for the Duke and Duchess of Sussex did not immediately respond to Insider’s request for comment.