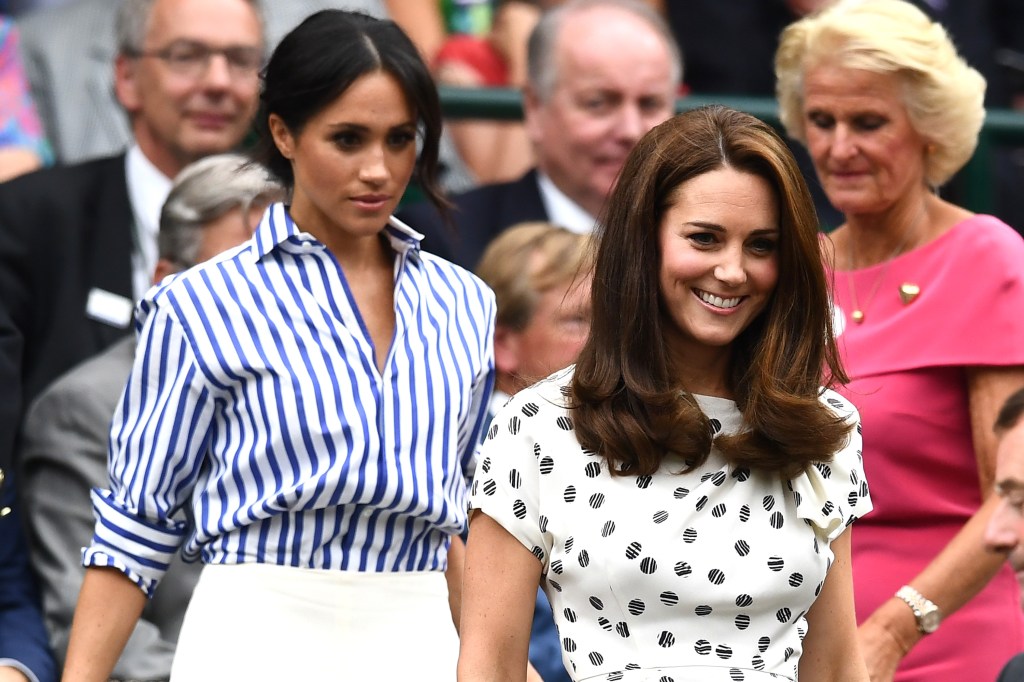 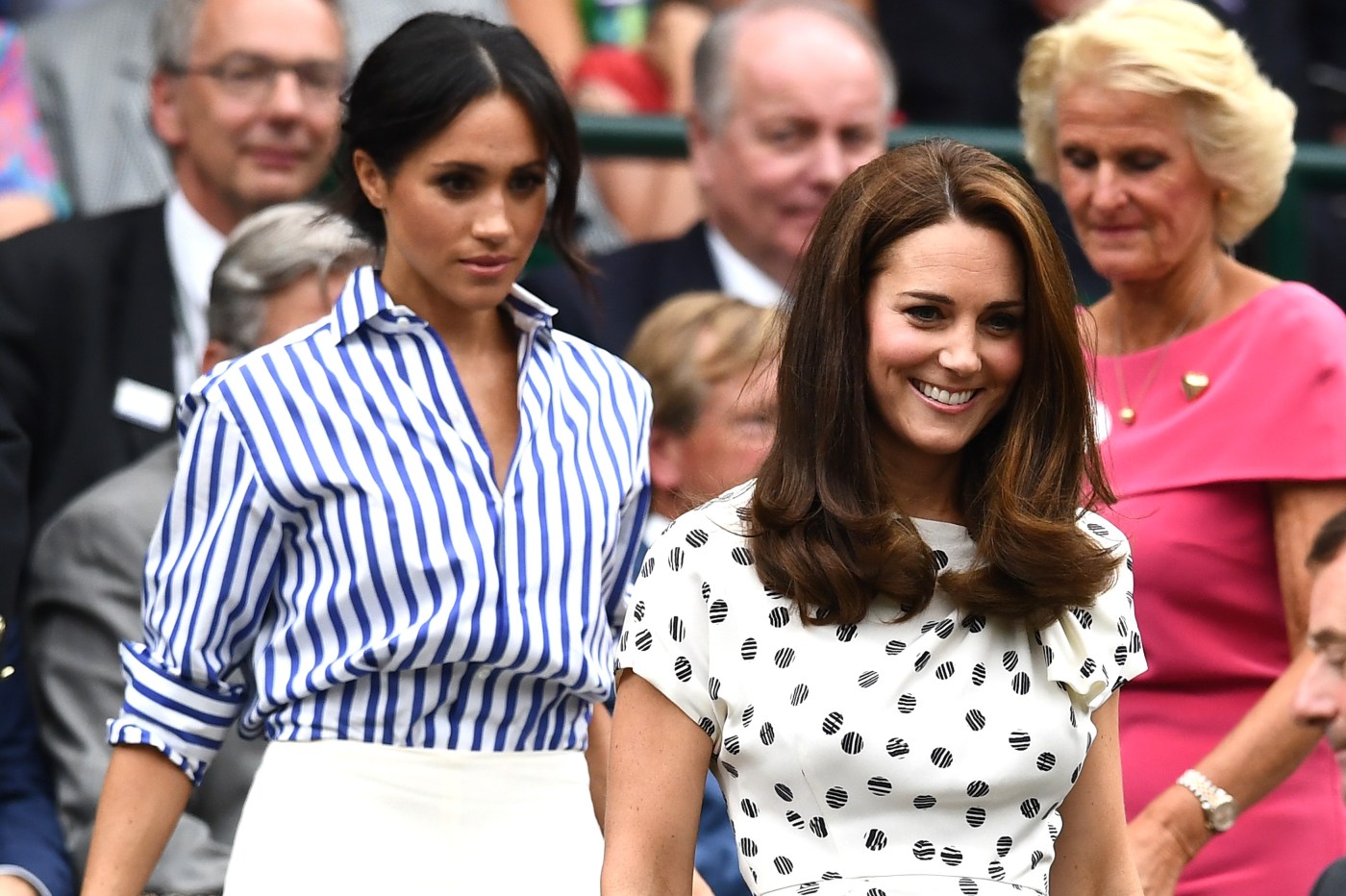 Among the many explosive allegations Prince Harry makes in his new memoir, he’s expected to offer up his version of which woman — Meghan Markle or Kate Middleton — caused the other to cry during an infamous row that erupted between them before his 2018 wedding.

The Daily Mail cites a “well-placed source” who said the hotly anticipated memoir, “Spare,” describes how Meghan thought Kate was possibly hormonal when she became “very upset” during a discussion about dresses for the flower girls, including for her daughter Princess Charlotte.

The future Princess of Wales had given birth to her third child, Prince Louis, the month before Meghan and Harry’s May 2018 wedding, leading Meghan to say that “Kate must have ‘baby brain’ because of her hormones,” Harry says in his book, according to the Daily Mail source.

Meghan’s “baby brain” comment caused “a huge row,” either between the women or within the family, the Daily Mail reported. That’s because the American former TV actor was told that she wasn’t close enough to her future sister-in-law to address her emotional state. Meghan also was advised that members of the royal family don’t speak to each other in such a way, the source said the book explains.

“The book makes clear that Meghan felt the fallout wasn’t her fault, but it doesn’t exactly make her look very good either,” the source added.

Harry’s reported account of the women’s argument represents yet another instance of how his memoir, to be published worldwide on Tuesday, reveals private details about life within the royal family. It also focuses on the bitter breakdown of his relationship with his older brother and his sister-in-law, describing their hostility towards his wife.

Harry also describes a confrontation with William in 2019 when he said his brother, “piping hot” with anger, visited him at his cottage at Kensington Palace to discuss their deteriorating relationship, according to The Guardian, which obtained a copy of the book ahead of its release.

Willam called Meghan “difficult,” “rude” and “abrasive,” the confrontation escalated and William became physical, Harry said. The future king grabbed him “by he collar,” ripped off his necklace and knocked him to the floor, Harry also said.

In another portion of the book, Harry claimed it was William and Kate’s idea for him to dress up as a Nazi soldier for a 2005 costume party the brothers attended with a “Native and Colonial” theme, Page Six reported. Harry, 20 at the time, said that William and Kate “howled with laughter” when they saw him in the costume, with the red armband emblazoned with a swastika.

Photos of Harry in the Nazi costume touched off a major scandal after they were published in the UK tabloids. Royal biographer Robert Lacey previously wrote that Harry became “resentful” because he felt he had to shoulder the blame for the controversy, while his brother got off lightly.

The title of Harry’s book comes from an old saying in royal and aristocratic circles, according to The Guardian. The first-born son is the heir to titles, power and fortune, while the second-born son becomes the “spare,” available to step in, should anything happen to the first-born.

The Guardian said that Harry’s resentment of being the “spare” is the unifying theme of his book, through chapters on his childhood, his education and his careers as a senior royal and in the British army. This resentment also affected his relationship with Meghan and was a factor in his feud with his brother and with Kate Middleton, whom Harry reportedly once regarded as the sister he never had.

Many royal prognosticators have said that Harry has likely ended any possibility of a reconciliation with his brother, especially if his book makes Kate look bad.

When it comes to Kate’s pre-wedding argument with Meghan, prior accounts have offered up different versions of which woman is to blame. Early reports in 2018 said that Meghan made Kate cry during a dress fitting for the flower girls. But during her interview with Oprah Winfrey in 2021, Meghan claimed that the future Princess of Wales made her cry.

“It was a really hard week of the wedding, and she was upset about something,” Meghan told Winfrey. “But she owned it, and she apologized, and she brought me flowers and a note apologizing. She did what I would do if I knew that I hurt someone, to just take accountability for it.”

Meghan also told Winfrey that Kate was upset about “something” related to the flower girls’ dresses, “and it made me cry.”

“It really hurt my feelings, and I thought in the context of everything else that was going on in those days leading to the wedding, it didn’t make sense to not be just doing whatever everyone else is doing, which was trying to be supportive knowing what was going on with my dad and whatnot,” Meghan continued.

Yet another account comes from the 2022 book “Revenge,” by author Tom Bower. He places the blame on Meghan  and said that Kate “burst into tears” after the future Duchess of Sussex unfavorably compared Charlotte to another flower girl, the daughter of her then-best friend, Jessica Mulroney. Bower also said that Kate and Meghan  disagreed about the hemline for Charlotte’s dress and whether the girls should wear tights.