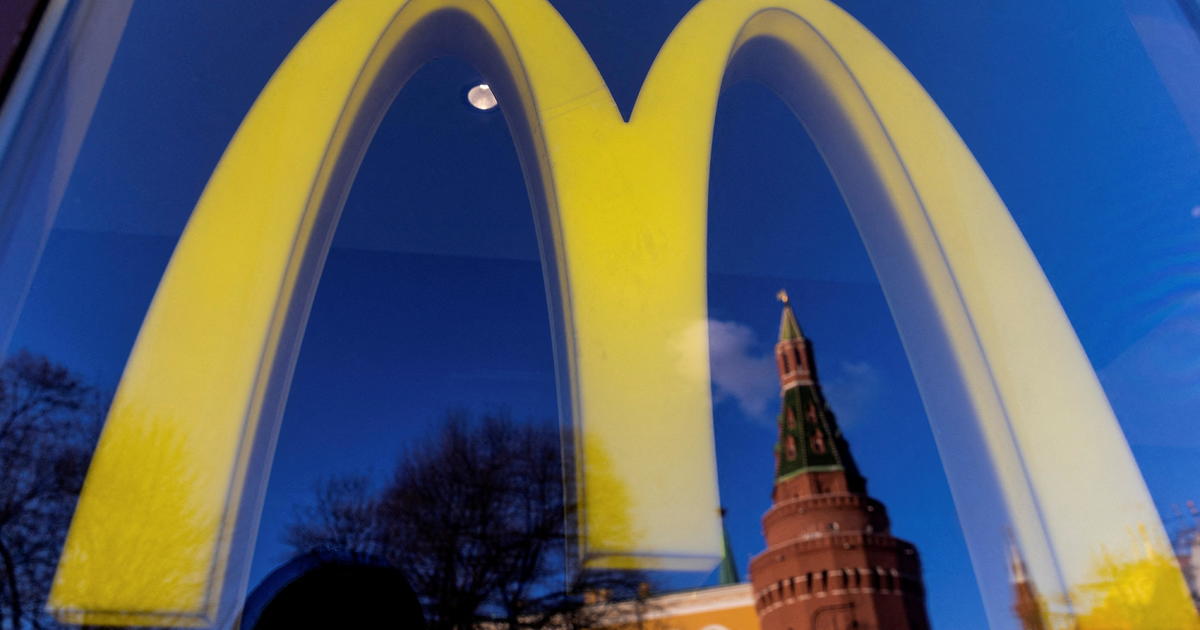 The deal comes days after McDonald’s said it would exit Russia due to its invasion of Ukraine in February. Govor is acquiring all of the company’s restaurants in Russia and will operate them under a different name. Terms of the deal, which is expected to close in a few weeks, were not disclosed.

The Chicago-based company announced in early March that it was temporarily closing its stores in Russia but would continue to pay employees. On Monday, it said it would seek to have a Russian buyer hire those workers and pay them until the sale closes. It did not identify a prospective buyer.

CEO Chris Kempczinski said the “dedication and loyalty to McDonald’s” of employees and hundreds of Russian suppliers made it a difficult decision to leave.

As it tries to sell its restaurants, McDonald’s said it plans to start removing golden arches and other symbols and signs with the company’s name. It said it will keep its trademarks in Russia.

“This was the very best of a series of difficult choices,” James O’Rourke, professor of management at the University of Notre Dame’s Mendoza College of Business, said in an email. “Under this arrangement, McDonald’s Russian employees will have a steady employment future, ordinary citizens will have a mostly familiar neighborhood spot for a sandwich and a soft drink, and by ‘de-arching’ the 850 stores in Russia McDonald’s Corporation will protect the brand and recover at least some of its capital investment. ”

The first McDonald’s in Russia opened in the middle of Moscow more than three decades ago, shortly after the fall of the Berlin Wall. It was a powerful symbol of the easing of Cold War tensions between the United States and Soviet Union.

McDonald’s was the first American fast food restaurant to open in the Soviet Union, which would collapse in 1991.

McDonald’s decision to leave comes as other American food and beverage giants including Coca-Cola, Pepsi and Starbucks have paused or closed operations in Russia in the face of Western sanctions.

Corporations from British energy giants Shell and BP to French carmaker Renault have pulled out of Russia, taking a hit to their bottom lines as they seek to sell their holdings there. Other companies have stayed at least partially, with some facing blowback.

On Monday, Renault gave its Russian assets to the Kremlin, both parties announced, “marking the first major nationalization since the onset of sanctions over Moscow’s military campaign in Ukraine,” Agence France-Presse said.

McDonald’s said it expects to record a charge against earnings of between $ 1.2 billion and $ 1.4 billion over leaving Russia.

Its restaurants in Ukraine are closed, but the company said it is continuing to pay full salaries for its employees there.

McDonald’s has more than 39,000 locations across more than 100 countries. Most are owned by franchisees – only about 5% are owned and operated by the company.

McDonald’s said exiting Russia will not change its forecast of adding a net 1,300 restaurants this year, which will contribute about 1.5% to companywide sales growth.

Last month, McDonald’s reported that it earned $ 1.1 billion in the first quarter, down from more than $ 1.5 billion a year earlier. Revenue was nearly $ 5.7 billion.