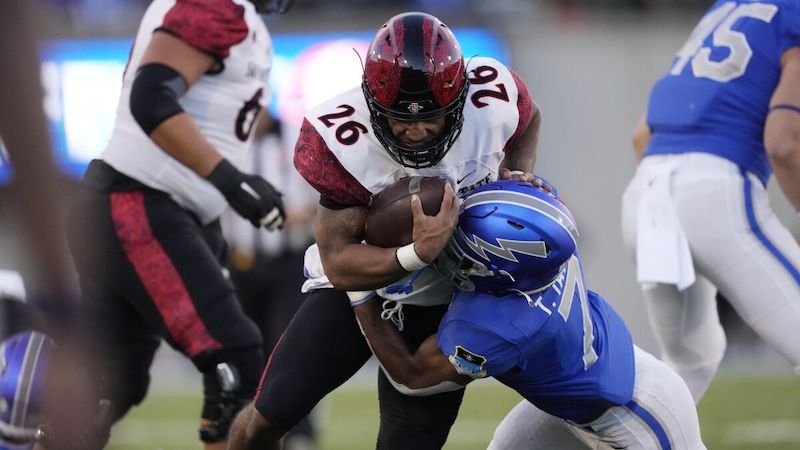 The best time of the year is almost here: Bowl season.

There is one more week of college football left before then, and the Mountain West will conclude its regular season slate.

Here are the final predictions for the 2022 season in the MWC.

The Aggies have somehow won games lately, but the Broncos likely finish out the MWC slate with an undefeated record and can very well win the conference title game a week later.

I’ll stick with the Broncos.

The Rams and Lobos have the same exact records (2-9 overall).

However, New Mexico has yet to win a MWC game all year.

On one hand, I could see an “upset,” but I just can’t get behind New Mexico winning a game, especially on the road.

This is easily the best matchup of the weekend, at least on paper.

Fresno State appears ready for the MWC title game if they beat the Cowboys, and they want revenge on Boise.

But they travel to California and face a tough San Jose State team that just hasn’t had a good time as of late.

The Spartans win as Brent Brennan coaches what could be his final game at San Jose State.

Yes, the Rebels lost to the Rainbow Warriors on the Island.

However, Nevada has zero wins in the MWC and looks like one of the worst teams in football.

The Rebels should win, and if they lose, Marcus Arroyo is in a ton of trouble.

This could become the best game of the weekend for the MWC.

Air Force can run the ball at will, and San Diego State has been fantastic since slotting in Jalen Mayden as the starting QB.

If the Falcons run the ball well and limit the Aztec offense, this game will be close.

Nonetheless, I expect SDSU to win in an offensive showcase for both sides.