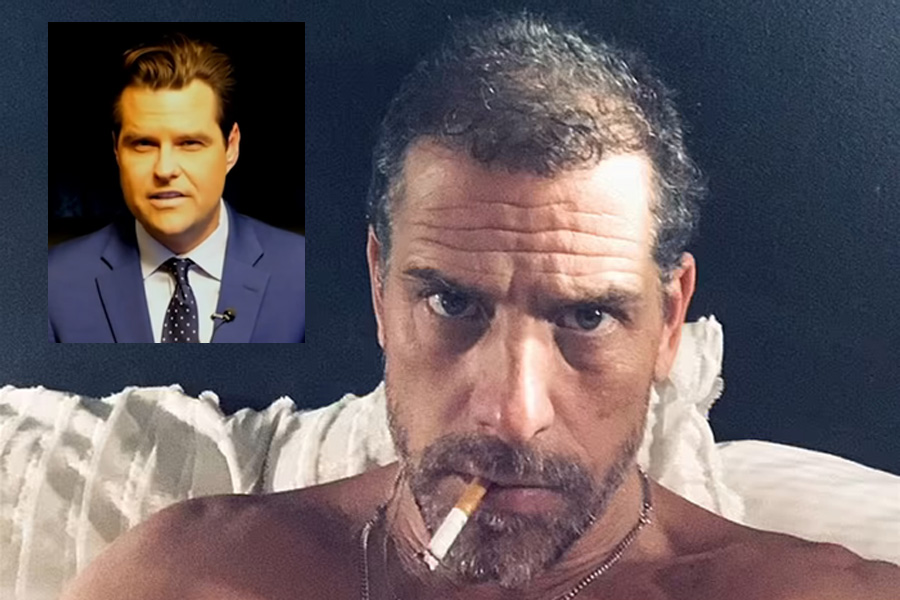 WASHINGTON, DC – Hunter Biden’s infamous “Laptop from Hell” was entered into the official Congressional record on Tuesday after a request to do so on the part of Rep. Matt Gaetz (R-FL) during a hearing on oversight of the FBI’s Cyber ​​Division, where Gaetz clashed with the division’s assistant director over his lack of knowledge regarding the laptop’s current location.

Hunter Biden’s laptop, left in a Delaware repair shop in 2019 and later seized by the FBI after it was revealed there was potential compromising information on it, has driven calls for investigations into the troubled son of President Joe Biden and his alleged illicit business dealings with foreign governments and businesses.

Also found on the laptop’s harddrive were a number of explicit photos and videos featuring Hunter Biden himself engaging in sex acts and smoking out of a pipe for which appeared to be used for crack cocaine.

Gaetz made his request regarding entering the materials found in Hunter Biden’s laptop into the Congressional record after FBI Cyber ​​Division Assistant Director Bryan Vorndran stated he did not “Have any information” about the laptop.

“I seek unanimous consent to enter into the record of this committee, the contents of Hunter Biden’s laptop, which I’m in possession of,” Gaetz said, while holding what appeared to be a small external hard drive. He also requested that a copy of the receipt issued by the repair shop for the laptop be entered into the record as well.

Gaetz’s requests were initially blocked by House Judiciary Committee Chairman Jerry Nadler (D-NY), who then reversed himself and allowed it a short while later.

Gaetz – who has been accused of sex-trafficking a 17-year-old girl, which he is currently under investigation for by authorities – had questioned Bryan Vorndran about the current physical location of Hunter Biden’s laptop, and expressed astonishment when the FBI Cyber Division’s second-in-command was unable to answer him, saying that he “Did not know” since it was not “In the realm of his responsibility.”

“Sir, I’d be happy to take your requests back to our office,” Vorndran replied.

Nationally syndicated radio host Tony Katz expects more will be uncovered now that the laptop is now an official matter of record.

“We’re going to see the level of criminal activity Hunter Biden was into and then we’re going to see who’s connected. It seems very obvious that Joe Biden is indeed connected. But it’s the fact that all of this has to do with Ukraine and China- that’s the story. ”